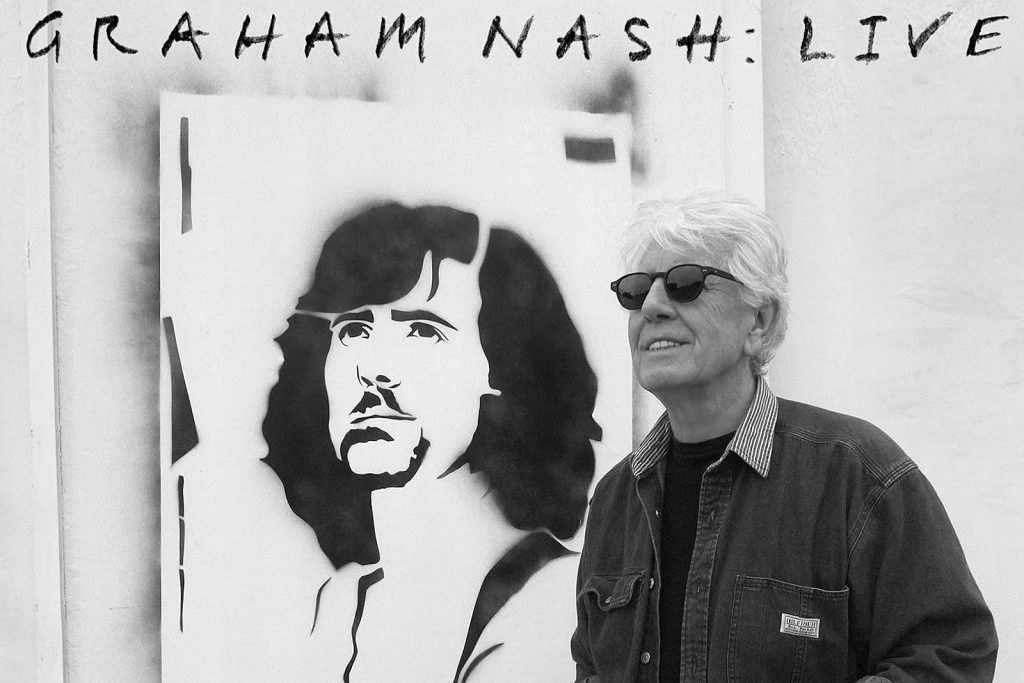 “I’ve been trying to figure out why Songs For Beginners and Wild Tales [were] so popular and I think it’s that intimacy and that immediacy of my emotions,” Nash explained via press release.

Recorded on tour in 2019, Graham Nash: Live sees the singer accompanied by a seven-piece band led by his longtime collaborators, Shane Fontayne (guitar and vocals) and Todd Caldwell (keyboards and vocals).

In anticipation of the album, Nash has released the live version of “Military Madness,” originally from Songs For Beginners. In a statement accompanying the single, the rocker noted that the anti-war song continues to resonate more than 50 years after it was written.

“We’re supposed to learn from history and it doesn’t appear as if we’re learning much,” Nash proclaimed. “Songs like ‘Military Madness’…is that not relevant today? The hope that we can change the world, isn’t that still relevant today? I’m very flattered that my music seems to have lasted this long, but I’m also a little upset that we have to keep singing a song like ‘Military Madness’ right up to the present. Enough already!”

Nash is in the midst of a national tour scheduled to run through the end of October (remaining tour dates can be found below). In addition to songs from his solo career, fans can expect to hear material from his days in the Hollies, as well as Crosby, Stills & Nash.

Tickets for the tour are on sale now. Graham Nash: Live will be released May 6 and is available for pre-order.