Graham Nash Recalls the Roots of Crosby, Stills and Nash 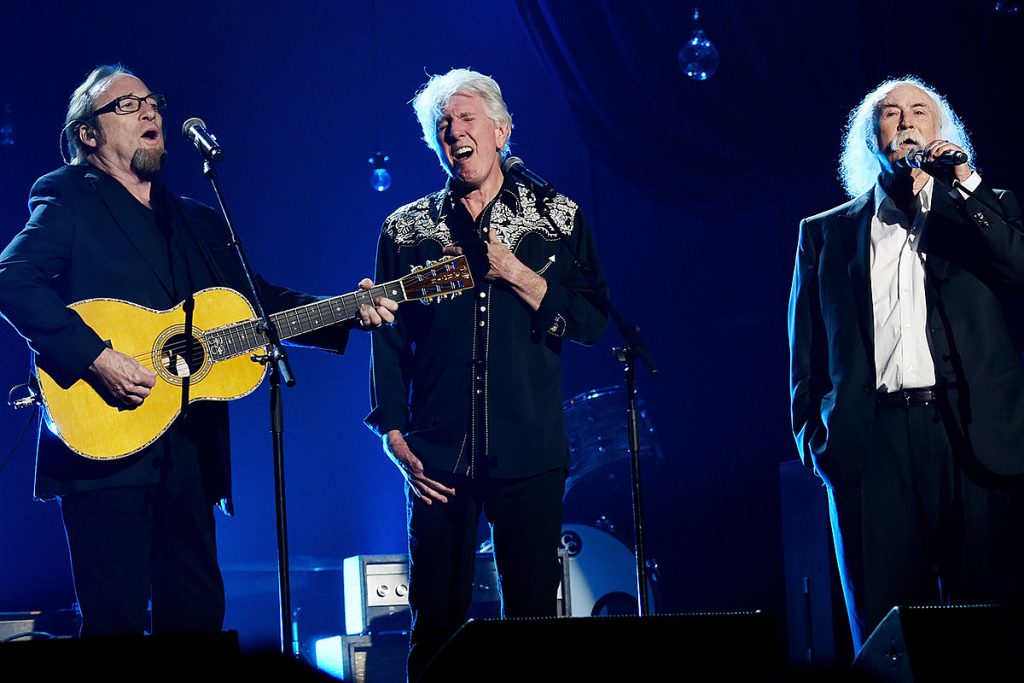 Graham Nash recalled how he had already become close friends with David Crosby before meeting Stephen Stills at the home of the Monkees’ Peter Tork.

Nash had met both of his future bandmates when he toured the U.S. with the Hollies in 1966, but the trio only began working toward becoming Crosby, Stills & Nash two years later, as he told Uncle Joe Benson on the Ultimate Classic Rock Nights radio show.

He recalled his reunion with Crosby in England: “I said to David, ‘Where are you staying?’ He said, ‘It’s funny – I’m staying at this hotel in London called the White House. But it’s full of blue-haired ladies and old people.’ I said, ‘Hey, you know what? Check out, come and stay with me in my apartment.’ So David and I formed a very deep friendship.”

Back at the apartment, the pair began sharing their music. “He played me songs like ‘Deja Vu,'” Nash recalled. “I never heard anything like that in my life. He played me ‘Guinevere.’ He played me ‘Long Time Gone.’ I’m going, ‘Wow, this is very cool, this!’

Nash later returned to Los Angeles and reconnected with Crosby. “David says to me one night, ‘Come on, get in the car. I want you to meet somebody,'” he explained. “I go, ‘Oh, God, here we go again.’ We drive up to Mulholland, Peter Tork’s house, open the door, and here’s this kid pounding the hell out of the piano, playing boogie-woogie fast rock ’n’ roll. It was great. It was Stephen Stills. That’s how I met Stephen.”