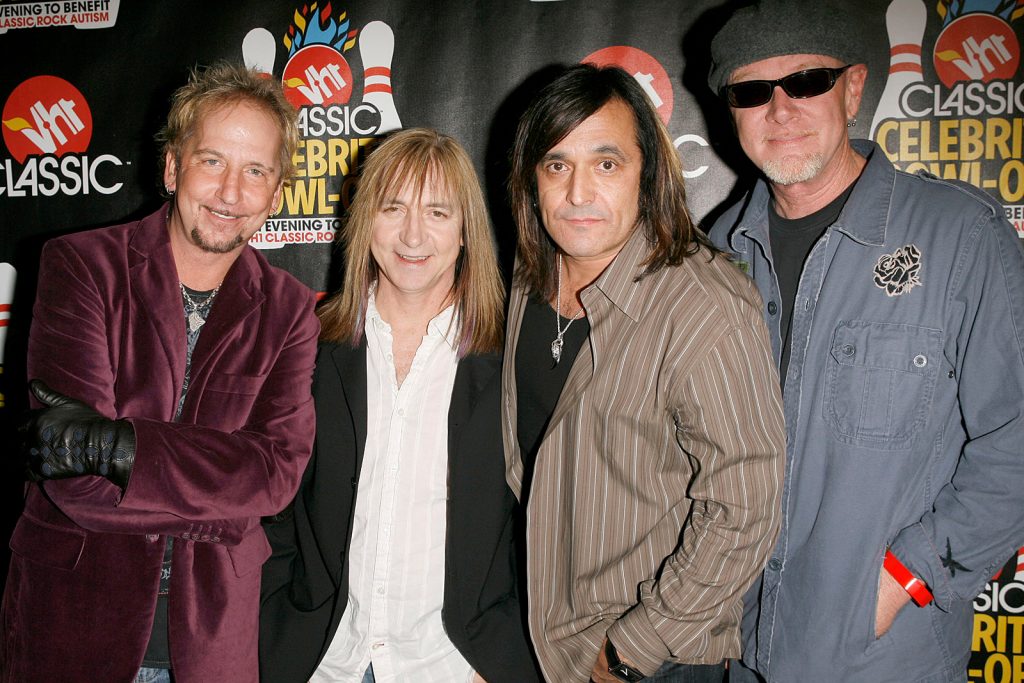 Great White guitarist Mark Kendall said the band still loved former frontman Jack Russell and that it always hoped its split with the singer would be temporary.

Russell left in 2012 to deal with his addiction issues, saying he was taking “a leave of absence from the band for medical reasons.” In a new interview with The Metal Interview, Kendall reported that Russell was never fired, and when Russell formed his own group using the Great White name, they allowed him to continue in the hope that it would help him with his health battle.

“He wasn’t fired,” Kendall said. “In the almost 30 years that we worked together, I think we might have gotten in, like, two arguments. … What happened was his demons overcame him. We were out on tour. He was falling down, breaking bones. He was very sick with his addiction.”

He said the singer’s body was “just breaking down.” “He had a walker,” Kendall explained. “We had to push him in airports in a wheelchair. He had to sit down at the shows. And it became so bad and he was so dope sick that he just could not continue. … We just said, ‘Go get well. We’ll get a singer to fill in. And just get yourself healthy.’ And he kind of just was unable to return.”

The split resulted in a lawsuit over the band name, which Kendall said he “hated,” even though his party won. “But we wanted him to have a way to make a living,” he noted “because the people he worked with were accepting him the way he was. So we were fine with that. So we let him call himself Jack Russell’s Great White or whatever.”

He noted that two bands using a similar name left fans “confused,” and that many of them asked if it was possible for Russell to return. “I don’t know if you’ve ever been around somebody that’s really high and you’re not,” he said. “It’s like you’re in two different worlds. … It’s kind of like having a liability around. I mean, if you worked at a job, and there’s people counting on you, and you’ve got one guy that just doesn’t have it together, it just makes everything kind of crumble.”

Kendall said he had spent some time in hospitals and rehab centers with Russell, “being as supportive as possible. … It’s unfortunate that the whole situation had to happen because he was not treating himself well. But I never have ever taken it personal, someone’s addictions. They’re not doing it to hurt me. Jack didn’t do what he did to hurt me. He just had a difficult time, [because] the addiction is so damn powerful. … We have all the love for him, and I always wish him the best of everything. I never have any ill will toward him or his addiction – nothing.”

In a recent interview, Russell said he was comfortable with the distance between his Great White and the original band. He told Love Is Pop: “All the legal stuff’s over with. I have the right to use Jack Russell’s Great White as long as I’m alive. That’s fine with me. I like the idea of being set apart. I don’t want to be thought of as the singer of that band at this point in my life.”