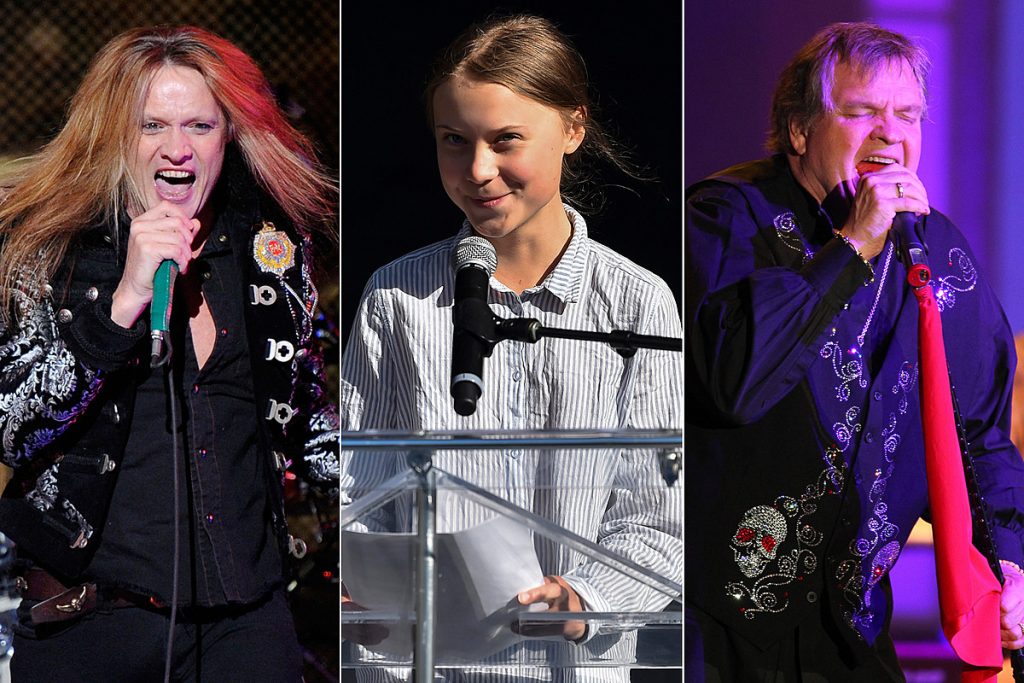 Sebastian Bach has risen to Greta Thunberg’s defense after Meat Loaf said the climate-change activist was brainwashed. The 17-year-old also responded to the comments.

The former Skid Row singer saw Meat Loaf’s comments in a tweet from Lzzy Hale of Halestorm. He retweeting Hale’s link and noted that “obviously anybody who thinks climate change isn’t real is the one who is brainwashed.”

Meat Loaf recently blamed others for using Thunberg to promote their agenda. “I feel for that Greta,” he said. “She has been brainwashed into thinking that there is climate change and there isn’t. She hasn’t done anything wrong, but she’s been forced into thinking that what she is saying is true.”

Thunberg responded to the “Paradise by the Dashboard Light” singer’s comments when she retweeted a story about the need to reduce greenhouse-gas emissions. “It’s not about Meatloaf,” she said. “It’s not about me. It’s not about what some people call me. It’s not about left or right. It’s all about scientific facts. And that we’re not aware of the situation. Unless we start to focus everything on this, our targets will soon be out of reach.”

Thunberg has become a global sensation for organizing student strikes in her native Sweden and speaking before the United Nations about the need for immediate action to combat climate change.

She was named Time magazine’s Person of the Year for 2019 her role in advancing recognition to the cause.