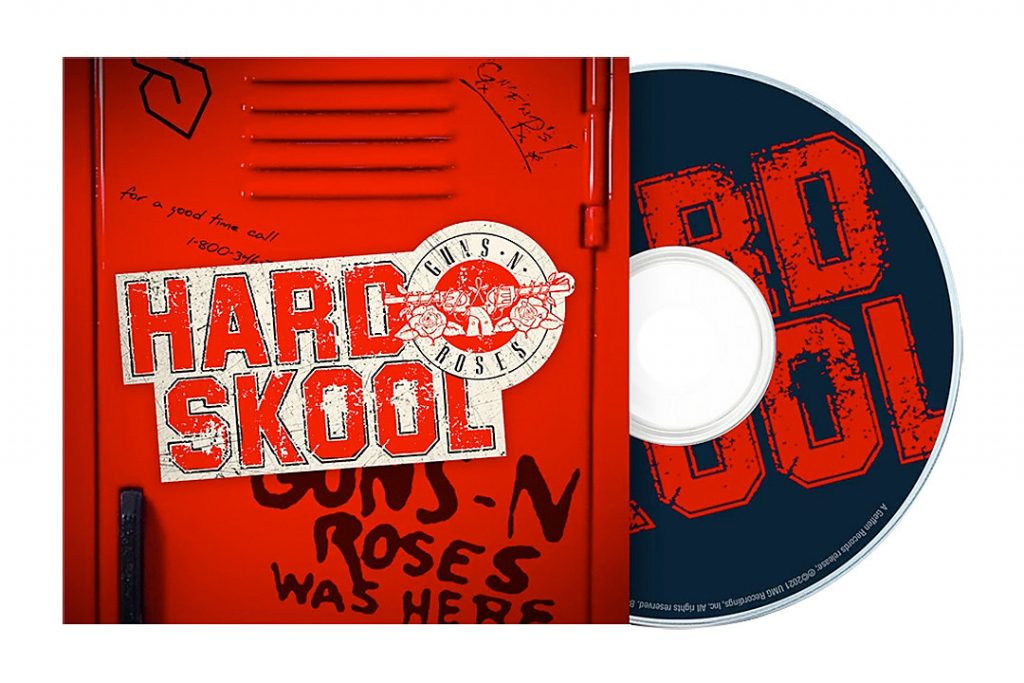 The four-song CD and cassette editions, which ship on Feb. 25, also include the recent studio single “Absurd” and live versions of “Don’t Cry” and “You’re Crazy.” (As of this writing, it’s unclear when the concert cuts were recorded.) The seven-inch black vinyl, which ships on June 24 and includes a “Hard Skool” sticker, only features a live version of “Absurd” on Side B.

Guns N’ Roses released the digital “Hard Skool” on Thursday, less than two months after “Absurd.” Their latest track — written by Axl Rose, produced by Rose and Caram Costanzo — was originally tracked with the working title “Jackie Chan” during sessions for the band’s long-delayed Chinese Democracy LP. That earlier version was partially leaked online in 2006, followed by a full leak in 2019.

“Absurd” also dates back to the Chinese Democracy sessions, evolving from a track called “Silkworms” that was played live four times in 2001 but ultimately left off the LP. The revamped song, which Guns N’ Roses performed during their Aug. 3 show in Boston, became the group’s first released material following the 2016 reunion of their classic lineup.