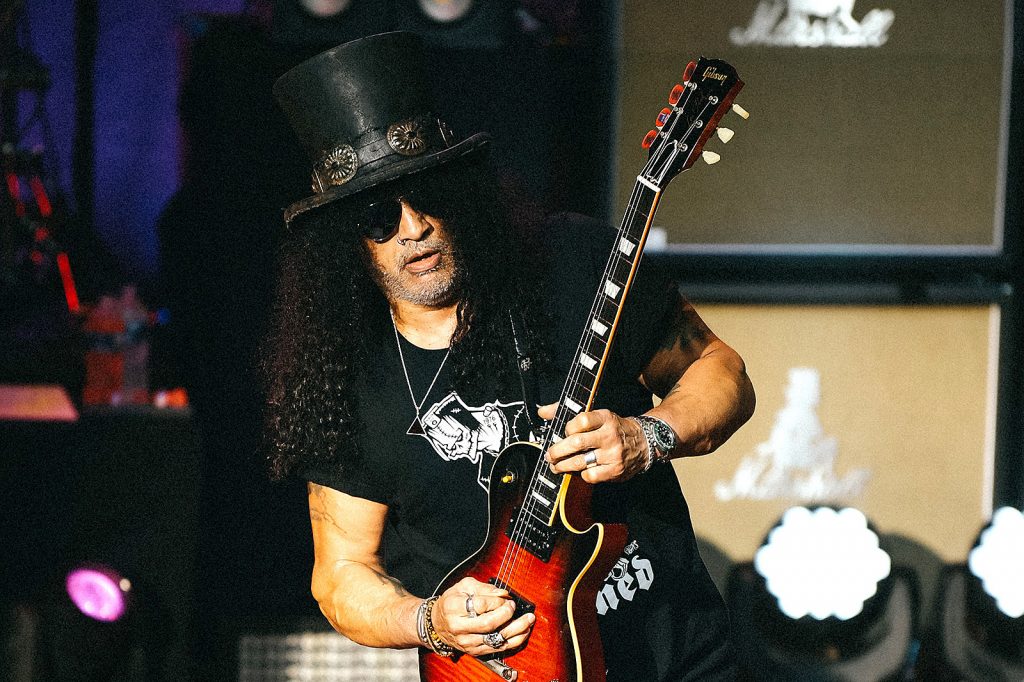 While Slash previously discussed working on material with the band, it seems he was referring to songs that Axl Rose had written during the period when he worked without the guitarist and bassist Duff McKagan, who returned to the band in 2016.

“As far as new Guns is concerned, we haven’t even gotten to that point of really in earnest sitting down and writing,” Slash told Audacy Music in a new interview as he discussed his upcoming fourth solo LP. “We’ve been doing a lot of material that’s been sort of sitting around for a while. So [new music] will be a whole focused endeavor unto itself.”

The band recently released the tracks “Absurd” and “Hard Skool” featuring the current lineup’s take on previously composed works by singer Rose. “They both have a lot of history,” Slash explained. “Axl has all these songs that he recorded at some point along the way. And so Duff and I went in and redid them basically. … Like, I wrote my own kind of parts to what else is going on and just sort of took the drums and redid everything else.”

In January 2020 Slash noted that a Guns N’ Roses album was underway, but there were questions about what form it might take. “Stuff is happening, but there are no specifics,” he said. “More than anything, it’s because of the nature of the industry right now. It’s just like, how do you want to do this? I mean, there’s material and there’s recording and there’s shit going on, but we’re not really sure what we’re doing with it right now.”

Almost a year earlier, McKagan said a new album was “real” but added that “the fun part and the cool part about Guns N’ Roses is we don’t really talk about it, and what happens next just happens. … I’ve heard some magnificent stuff that Axl has – really cool stuff he’s been working on. So I’m excited about the possibilities with that, of course. I don’t mean to get anybody rabid. Our day will happen when it happens, that’s for sure.”