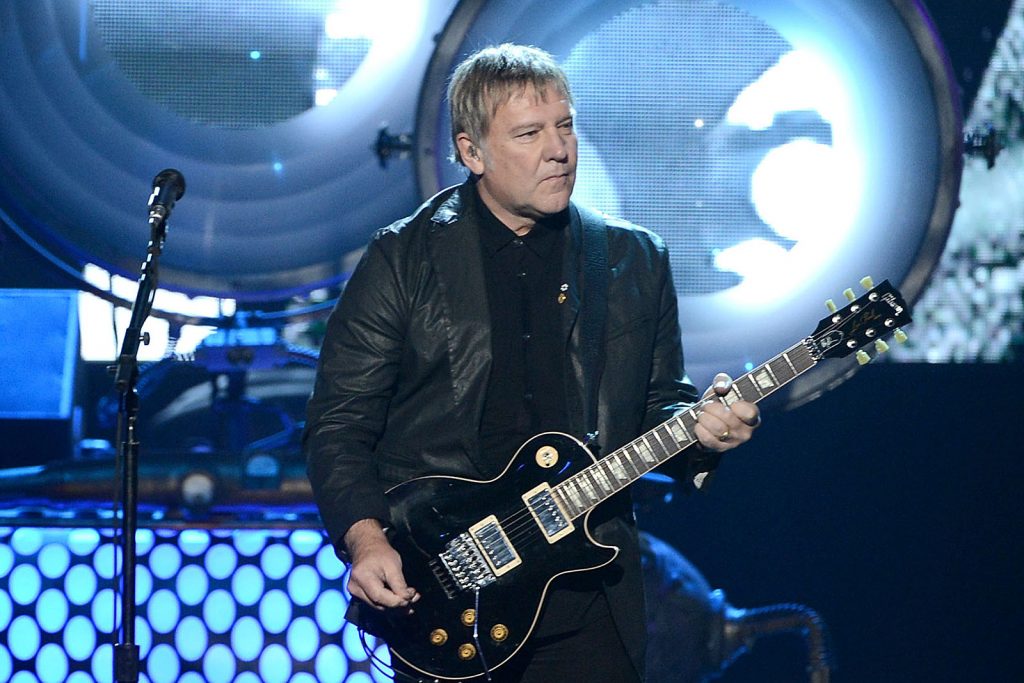 Alex Lifeson explained why he plays only one guitar solo on the debut album from the new band Envy of None, adding that he felt he’s done enough in that field of performance.

In a new interview with Guitar World, the Rush guitarist reiterated that he wasn’t planning to tour with the group, raising the possibility that fans have already heard his final solo.

“After the last Rush tour in 2015, I made sure I started writing immediately,” he said. “I didn’t want to lose it; I didn’t want to feel like that was the end. So I continued to write, just for my own benefit. A few of those tracks are on my website, some of them are on the Envy of None album.”

The track “Spy House” is the only track on the LP to contain a solo. “That was the first song I wrote at the end of the Rush tour,” he said. “It has a solo because it was [still] a natural thing for me to go into. … I feel like I’ve fully explored the whole area of soloing.”

He added that “at this point in my life it’s more about servicing the song. Not being too distracting or shining a light on any particular thing. It’s just getting into the groove, tapping your foot and feeling connected with the song itself.”

Lifeson noted that a few ideas have been assembled for another record and that while Envy of None would probably tour in some form, he wouldn’t be hitting the road with them. “I would maybe do a couple of dates here and there,” he said. “I’m certainly not going to go on the road for 200 days a year on a tour bus – been there, done it.”