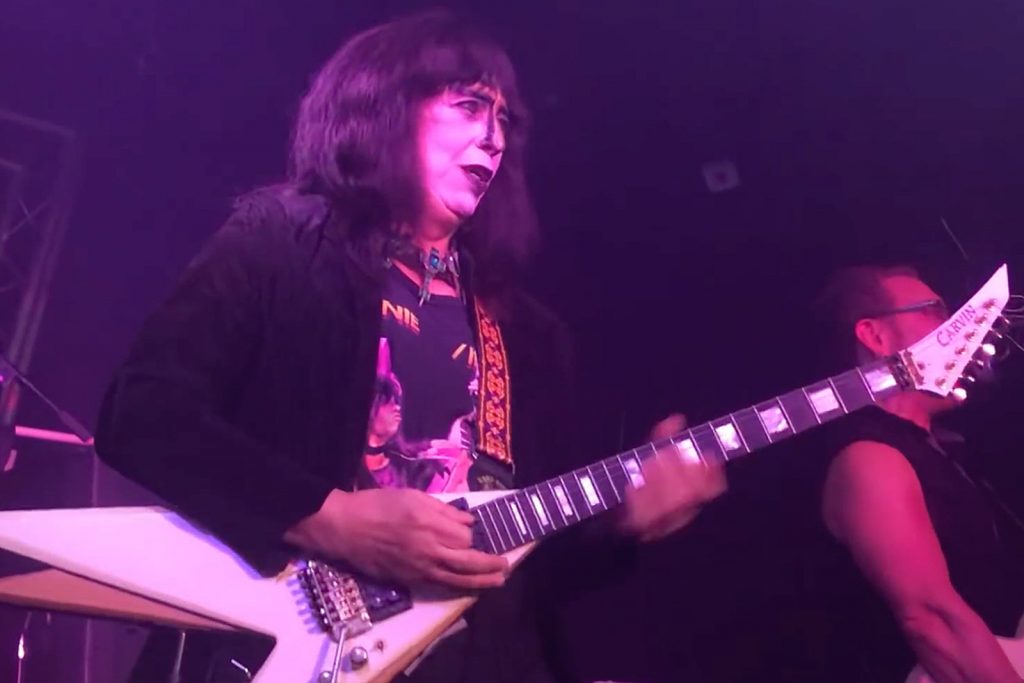 An associate of Vinnie Vincent reported that the former Kiss guitarist had completed work on a new album.

Creatures Fest promoter Neil Davis posted a handful of pictures on Facebook, saying they’d been taken at a listening party where a small number of fans had heard the LP.  “New Vinnie Vincent Invasion album is so good! We are listening to it now,” he wrote, adding that media outlets were “going crazy over this.”

No further information about the album was revealed.

The development comes 10 months after Vincent said he was planning to release some of the material he’d been working on – a project referred to as Guitarmageddon – since the launch of his Euphoria EP in 1996. “This is my crowning moment of joy that I’ve been waiting for many, many, many years,” he explained in May 2021, “just to be able to say to everybody in truth and reality [that] we are finally mixing the two-inch masters, and I finally have control over my two-inch tape masters of all of my songs.” He added: “[W]e’re gonna be releasing new Vinnie Vincent music on vinyl. Within the next 12 to 18 months, it’s all finally going to be released.”

The reclusive Vincent, who was dismissed by Kiss in 1984, had reportedly become reluctant to make press announcements after a series of attempts to perform live shows with a band fell apart in 2019.

Vincent’s website carried a poster for a Guitarmageddon event that was to have taken place last month. “Vinnie will be appearing at a variety of events for musical performances, meet and greets, autograph sessions, photo ops, and more!” another page reported, although it only listed events from the past.