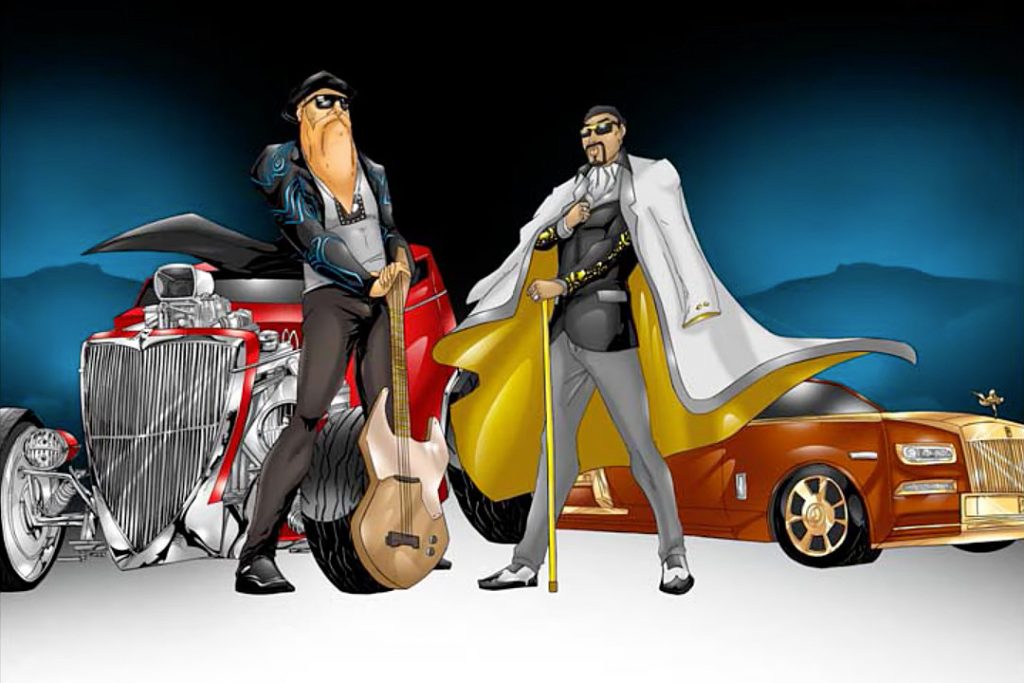 ZZ Top frontman Billy Gibbons has collaborated with the Time‘s Morris Day on a new single called “Too Much Girl 4 Me.”

You can hear the sharp-dressed duo’s first-ever team up below.

The unexpected duet took place after Day’s manager approached Gibbons at the Beverly Hills Hotel. Gibbons quickly suggested a collaboration, then by coincidence bumped into Day at a nearby liquor store. “We exchanged pleasantries, and it was at the moment we made it official that we would work together,” Day tells Rolling Stone. “A few days later, we were in the recording studio.”

“Too Much Girl 4 Me” finds the pair trading vocals over a percolating synth-funk groove punctuated by Gibbons’ distinctive guitar soloing. They also shared stories about Morris’ mentor Prince during the recording sessions, with Gibbons recounting a late-night discussion he had in 2009 about the origins of “When Doves Cry” and other songs.

This collaboration with Gibbons will appear on what Day expects to be his final solo album. The aptly titled Last Call is due in stores on Nov. 11. “By no stretch am I retiring,” he earlier told Billboard. “If the fellas – meaning the original [Time] members – want to get back together … there’s always something there. But the solo thing? I’m chillin’ with that. It’s time to do other things.”

Currently on tour with ZZ Top, Gibbons has admitted that the band was reinvigorated by the addition of new recruit Elwood Francis, who took over after long-time bassist Dusty Hill died in July 2021: “He’s adding a great bit of enthusiasm. When I see [drummer] Frank Beard smiling for the first time in 30 years, I know something good’s happening.”

The next time you’re in the mood to watch a classic rock artist tear it up in front of a screaming crowd, reach for one of these movies.