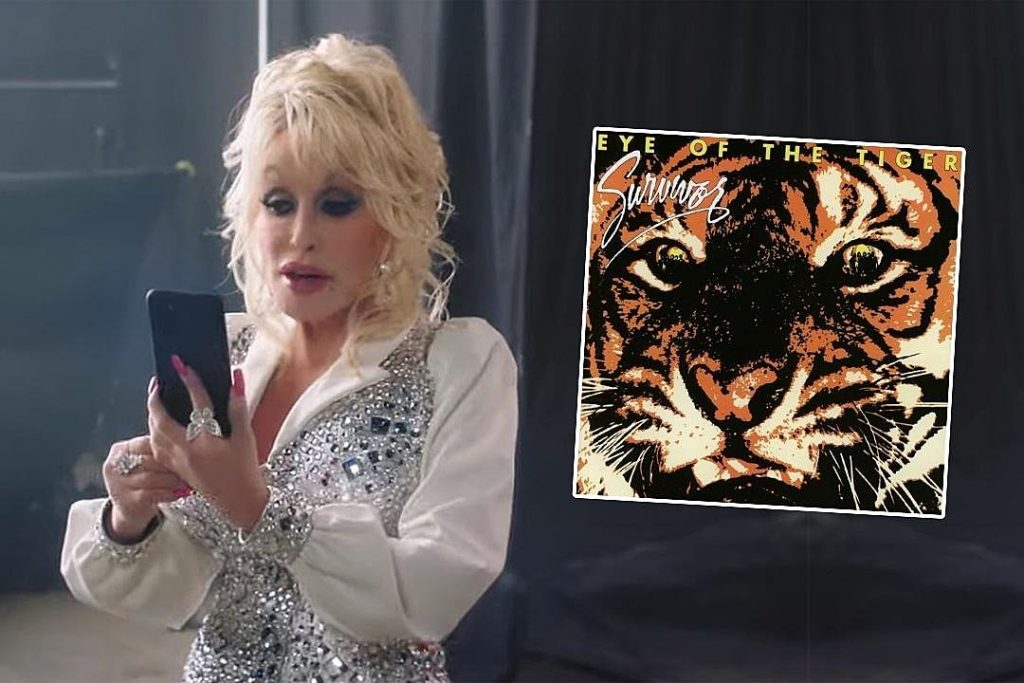 Dolly Parton and Miley Cyrus appear in a Super Bowl commercial that will air Sunday. Survivor‘s “Eye of the Tiger” is also on hand to inspire them.

In the teaser video, Parton dons a blinged-out vest and offers encouragement to Cyrus, her real-life goddaughter. “You’ve got a voice, Miley,” she tells her in a video call. “Use it.”

Cyrus is all business in a classic blazer, surrounded by framed gold and platinum records in the throes of a creative brainstorming event. She scratches out notes including one that says “Let’s do it for the phones.” Then she asks herself, “What would Dolly do?” Bursts of “Eye of the Tiger” play throughout the spot, leading us to believe that the full ad will include more of the Rocky III theme song.

You can watch the teaser video below.

Since its release, “Eye of the Tiger” has served as a popular soundtrack song on TV and vies. The famous syncopated riff has appeared in Supernatural, Modern Family, New Girl and Breaking Bad; the track was also central to the 1986 Gary Busey movie Eye of the Tiger, about a Vietnam War veteran who returns to his hometown to start his life over with his wife. Busey may be the common denominator here: He starred alongside Parton in the made-for-TV movie Wild Texas Wind in 1991.

See Your Favorite Rock Stars in 1982

The old guard was contending with a new wave of hungry up-and-comers in 1982.