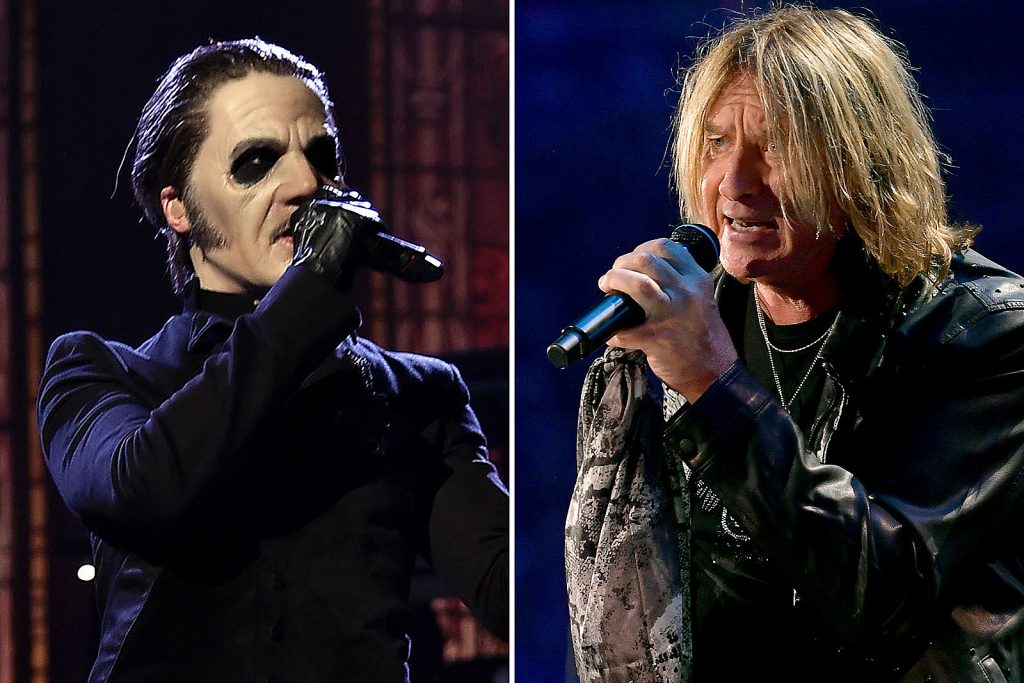 Joe Elliott has joined forces with Ghost, delivering a collaborative rendition of the band’s song “Spillways.”

The Def Leppard frontman’s vocals blend perfectly with the Swedish metal group, as he alternates duties with Ghost singer Tobias Forge. The new version — which can be heard below — builds on the emphatic original, with Elliott’s contributions adding another powerful layer to the track.

“Spillways” was originally released on Ghost’s 2022 album Impera. Forge admitted he tried to channel some of Def Leppard’s magic while making the LP. “I think they were great,” the Ghost frontman admitted to Metal Hammer last year. “Going into this record, I thought I would see if I could do it a little more like Def Leppard did it.”

The admiration was mutual, as Elliott admitted Impera was his “go-to album” last year. The singer further revealed he was introduced to Ghost by his Def Leppard bandmate, Phil Collen.

“He said, ‘Here, have you heard about this band Ghost? It’s like this kind of Scando goth-metal but with brilliant melodies,’” Elliott recalled. “I was really intrigued, so I asked him to Dropbox me the new album. I listened to it all, and I thought it was absolutely stunning. It’s like a whole new genre of music – it’s way more Toto than death metal or any of that stuff. It’s like the song ‘Spillways.’ It starts off like ‘Hold the Line’ by Toto or ‘Jane’ by Jefferson Starship – one of those classic ’70s songs that begin on the piano before these big, chunky chords come in.”

Ghost are nominated for Best Metal Performance at this year’s Grammys, taking place Feb. 5. The band has extensive tour dates throughout Europe this summer, stretching from May through July. Meanwhile, Def Leppard are poised to hit the road again alongside Motley Crue beginning Feb. 10.