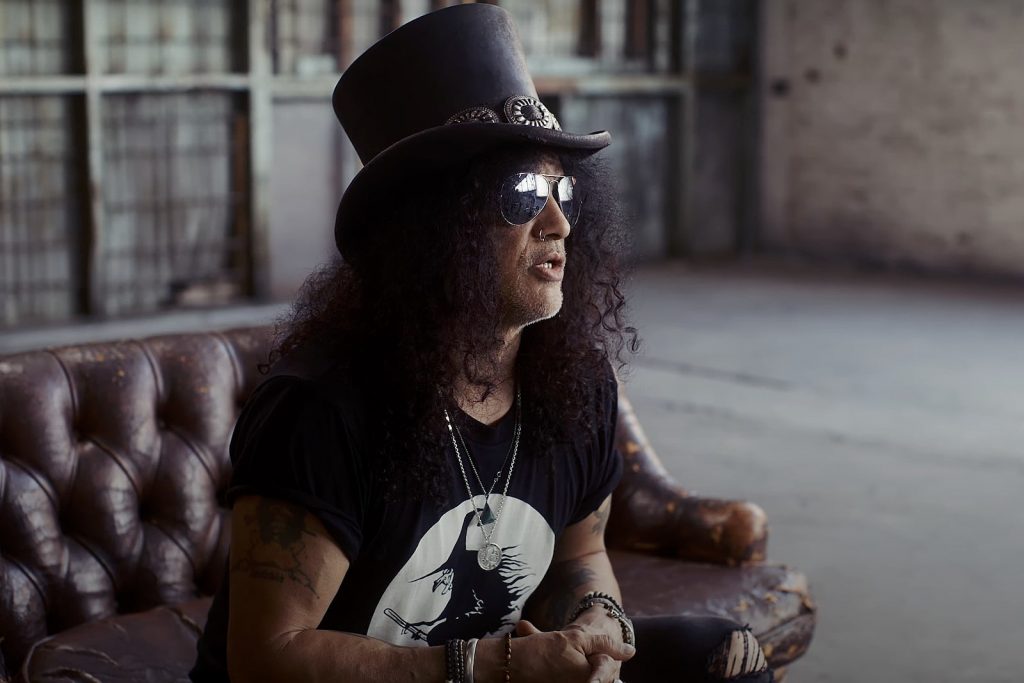 Slash has unveiled a new single with Myles Kennedy and the Conspirators titled “The River Is Rising,” the first off their upcoming album, 4.

You can hear the song below. Slash teased the release on social media this week with a 30-second trailer in which he discussed its unique recording process.

“This was the first time that we actually did all the guitars, bass and drums live at the same time and kept all those tracks, and we also did the vocals live as well,” Slash said in the video, which you can also watch below. “So the record just sounds like the band playing the songs that we came in with, but it’s us playing in the moment, and that’s what we were going for.”

Kennedy added: “This one’s pretty much a live record, from my standpoint. You’re just trying to kind of document where you are at that point in life and do it in an authentic way.”

“The River Is Rising” marks the first collaboration between Slash and Kennedy and the Conspirators since their 2018 album Living the Dream. 4 is due on Feb. 11, according to Classic Rock, and represents the debut project on a newly launched label.

“It’s an honor to be the first release on the new Gibson Records,” Slash said in an earlier news release. “It’s a zenith in our partnership for sure, and having worked so closely with Gibson for so long, I know they will be a label that genuinely supports their artists creatively. Not just me, but all the artists they choose to work with. It’s perfect.”

Listen to Slash Feat. Myles Kennedy and the Conspirators’ ‘The River Is Rising’