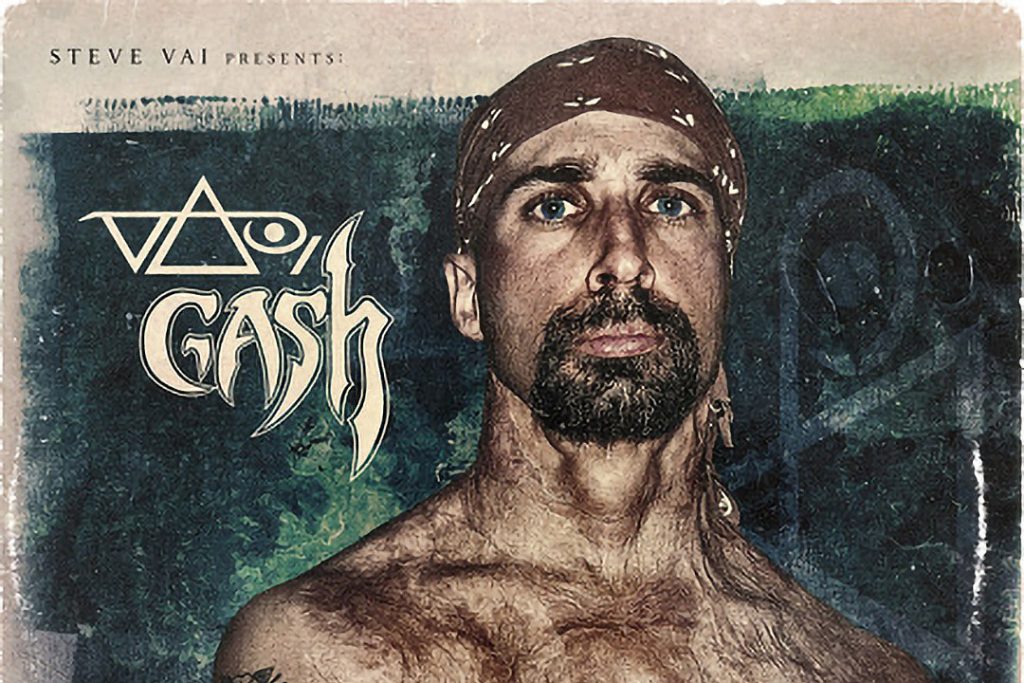 The eight-song album is available to preorder and pre-save now in multiple formats, including limited-edition autographed and colored vinyl. You can see the track listing and listen to first single “In the Wind” below.

Vai recorded the album with vocalist Johnny “Gash” Sombretto, a motorcycle enthusiast who was scarred severely during a bike-related accident at age 21. The guitarist had also immersed himself in motorcycle culture at the time, which influenced his desire to make a no-frills hard rock album.

The two musicians hit it off immediately, and Vai was blown away by Gash’s vocals, even though the singer had no prior studio experience. Vai shelved the project, however, after Gash died in a bike accident in 1998.

Vai announced Vai / Gash, the follow-up to January’s Inviolate, last month. “And the next record I have coming out — and this is a shocker, for whoever’s interested — but I recorded a record in around 1991 and I spent about two weeks on it and it’s this very straight-ahead rock,” he told Al.com. “It’s music that I wrote that I wanted to listen to while riding my Harley Davidson with me and my friends.”

The guitarist was fresh off stints in David Lee Roth‘s solo band and Whitesnake, and he viewed the Vai / Gash project as a logical extension of those endeavors. “It’s the record I think a lot of people were expecting I would make — and were hoping I might make — because it’s even more straight ahead than Whitesnake or David Lee Roth,” he said. “Just rockin’. It’s not metal but it is … this pop-rock.”