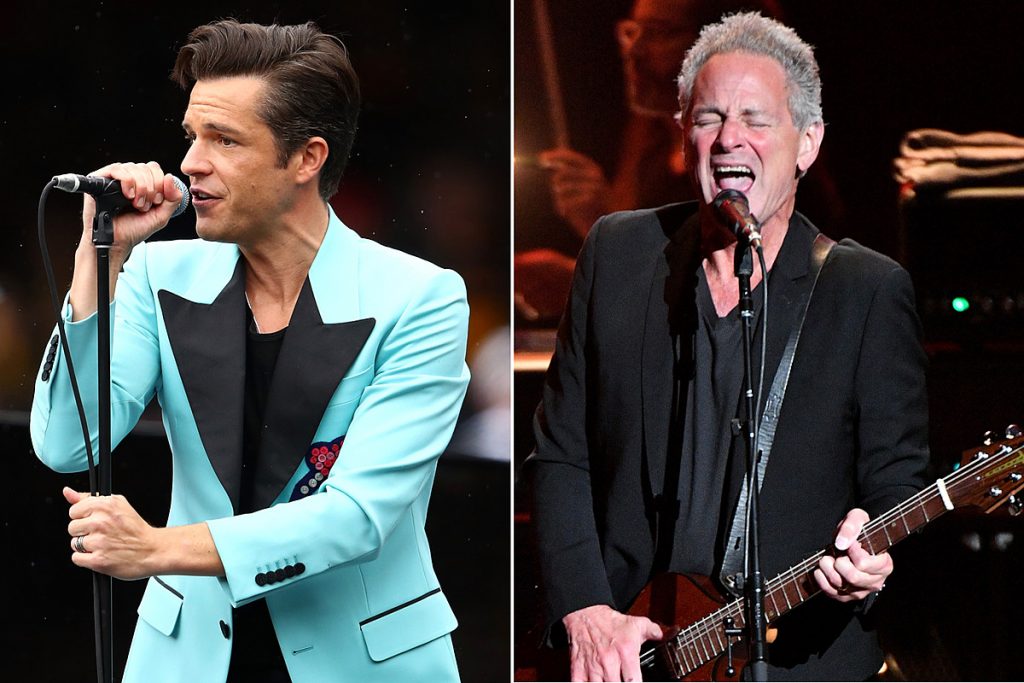 Flowers – a card-carrying Bruce Springsteen fan – then seems to channel the Boss in the song’s chorus, hitting a bombastic high as he sings, “I’m throwing caution / What’s it going to be? / Tonight the winds of change are blowing wild and free / If I don’t get out / Out of this town / I just might be the one who finally burns it down.”

Buckingham’s powerful guitar tones emerge about three minutes and 28 seconds into the song. The rocker delivers a stirring solo, wailing above the melody before the track hits a blissful decent.

You can listen to “Caution” below.

The Killers debuted the song during an appearance on Zane Lowe’s Beats 1 broadcast. Flowers explained that the track’s lyrics were inspired by his move to Utah, away from his hometown of Las Vegas.

“I was having this sort of hunch or impression that that was something that I was supposed to do for my family,” he said. “And it was hard for me because I’m an ambassador for [Vegas] — and so it was tough for me to leave, and I thought I was able to harness that energy and there was a sort of a relief when it happened, and you kind of feel that the spirit in ‘Caution.’”

The Killers declared on Twitter that they were “paying close attention” to the ongoing coronavirus pandemic, while adding they hoped to tour this summer.

Buckingham, meanwhile, is scheduled to begin his own trek in April. The guitarist has been absent from the road since undergoing heart surgery in early 2019, a procedure that also damaged his vocal cords.

The Killers upcoming studio LP, Imploding The Mirage, is due for release on May 29.