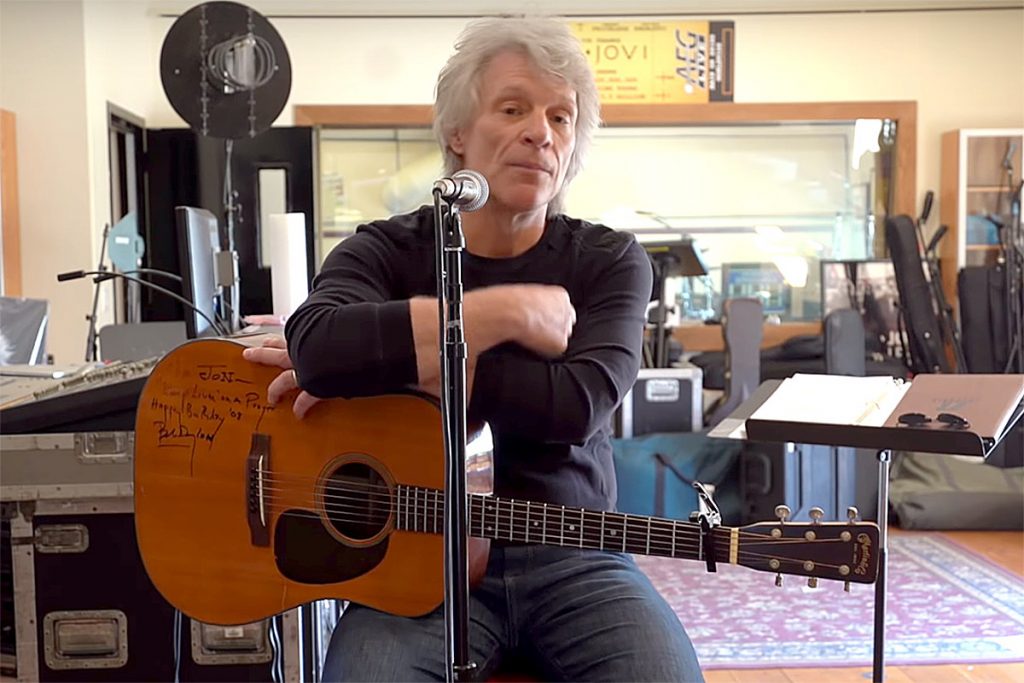 Jon Bon Jovi asked for people to help him write a song inspired by their coronavirus experiences.

In a bid to keep spirits up, Bon Jovi revealed he’s started a track titled “Do What You Can” after a photo was taken of him washing dishes in his JBJ Soul Kitchen, which offers food aid to a New Jersey community. On seeing the image, he titled it “When you can’t do what you do, you do what you can.”

“These are trying times we’re going through – uncharted territory, the great unknown,” Bon Jovi said in a new video. “But one thing is for sure – we’re gonna make it through. … I did what I do best, which is to sit down with my guitar and try to put something into words for you, to brighten up your day. Here’s my idea: We write this one together.”

He performed the first verse and chorus, then played the chords that will go with a second verse. “You tell me your story,” he suggested. “Tell me what you’re going through. Tell me how you’re feeling. Tell me if you’re hurting. … Sing your song, you and me together, and remember, if you can’t do what you do, you do what you can.”

Bon Jovi’s lyrics begin: “Tonight they’re shutting down the borders and they’ve boarded up the schools / Small towns are rolling up their sidewalks, one last paycheck coming through.”

If you want to add a suggestion for the song, Bon Jovi said you should write it on your social media accounts and include the hashtag #DoWhatYouCan.