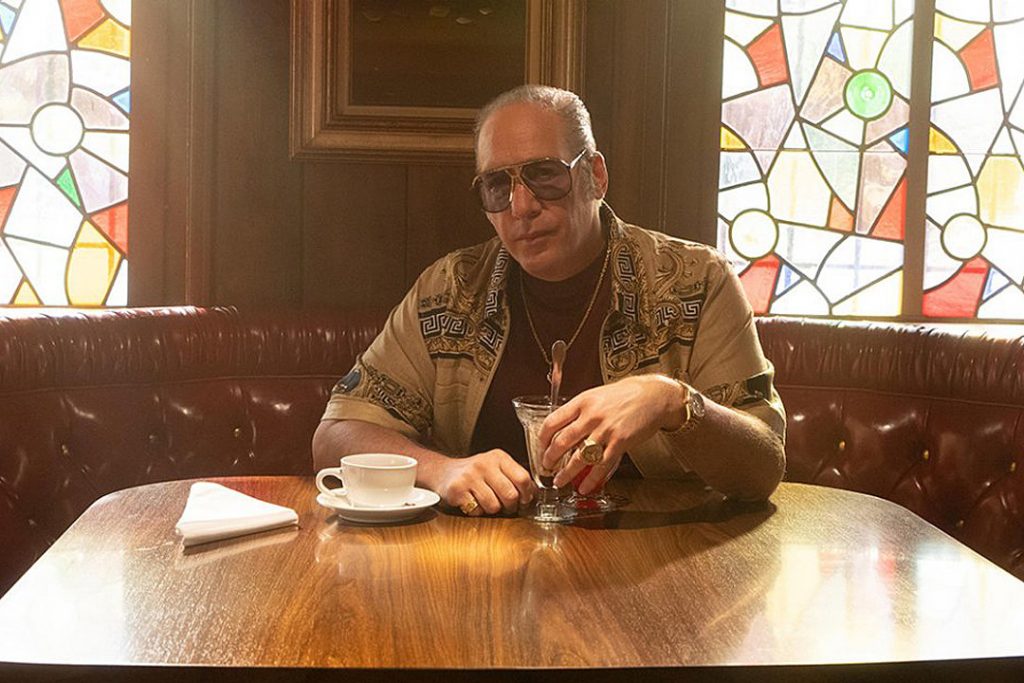 At the time, the infamous sex tape of Pamela Anderson and Tommy Lee appeared to populate the mailboxes — and computer screens — of American homes overnight. But it took a bit more time, elbow grease and, perhaps most importantly, money behind the scenes to really get the ball rolling.

Peraino, who is played by comedian and actor Andrew Dice Clay in the Hulu series, Pam & Tommy, was not the first person Gauthier asked for help, but he was the one who ultimately agreed to loan him $50,000 in order for the tape to be reproduced and distributed via Internet orders. Some of the money was used to create now primitive sounding websites like pamsex.com, pamlee.com and pamsextape.com and, as Gauthier and his partner in crime Milton Ingley had hoped, sales took off.

Of course, as the world caught on, so did Lee and Anderson themselves and so did the law. Multiple copyright lawsuits, attorneys and former Hells Angels were soon swarming the daily lives of Gauthier and Ingley. Ingley fled to Europe, leaving Gauthier in the hands of Peraino, who had begun to ask questions about the return on his investment. The mafioso ramped up the heat when he invited Gauthier to dinner, got him drunk on sherry and Everclear-soaked cherries and berated him on where the money was. The scores were eventually “settled” when Peraino, who was then suffering from cancer, forced Gauthier to work collecting mob debts. (Gauthier, disguised, would throw ammonia in victims’ faces and break their collarbones.) Peraino eventually died in 1999.

It is Clay, the controversial stand-up who rose to prominence in the ’80s for his purposefully brash persona, who brings Peraino to life in the series. The comedian began his career in small Brooklyn clubs in the ’70s, then relocated to Los Angeles and, after a few years of mediocre reception, landed a role in 1982’s Wacko. He slowly began to build momentum, appearing in films like Making the Grade, Pretty in Pink and Casual Sex? In 1988, a set he performed at an all-male Big Brother Association dinner event catapulted him even further into stardom. A year later, he performed a three-minute set at the 1989 MTV Video Music Awards that was so abrasive — it included various “dirty nursery rhymes” like “Rockabye baby on the treetop, your mother’s a whore, I ain’t your pop”— it led to the network implementing a lifetime ban on the comedian from appearing on the show.

It barely slowed Clay down, who released several top-selling comedy albums and became the first comedian to sell out two consecutive nights at Madison Square Garden in 1990. That same year, he appeared on Saturday Night Live, an episode that became one of the season’s highest rated. (Though cast member Nora Dunn and musical guest Sinead O’Connor both refused to be on the show in protest to Clay’s audacious routine.)

Clay has continued to act in films and television, as well as perform stand-up, which, as he said in a 2021 interview, is “still very edgy.”

“[Performing is] more enjoyable now because of everything I’ve done in this business,” he told the San Antonio Current. “With all my knowledge, I feel no pressure when I go on stage. Of course, I give them some of the classic stuff they came to know me by, but most of it is all brand new… You’re talking to the greatest comic on Earth. I’m certainly not living off my past, I’ll put it to you that way… I’m edgier than just about any comic out there.”

See dozens of photos of one of rock’s most famous couples.