‘His Choices Have Led Him Astray’ 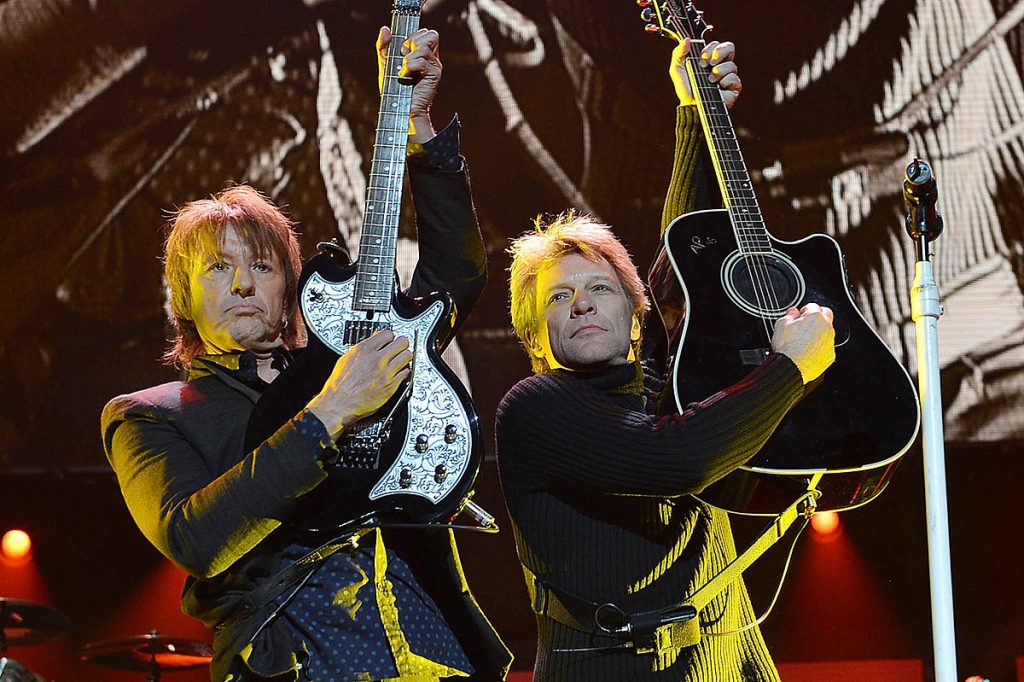 Jon Bon Jovi says former bandmate Richie Sambora led himself “astray” when he bowed out of Bon Jovi in 2013.

The frontman admits that he’d prefer it if Sambora was still with him, but argued that the group never relied on the guitarist in the way others do.

“This isn’t a band that is dependent on the guitar player like Van Halen or U2 or something,” Bon Jovi told Pollstar. “[I]t was about the songs and it was about me.”

Discussing Sambora’s departure he said: “We got it. I wish he was here, too, because we were a formidable duo. Our voices were the magic and he’s a great guy and all that kind of stuff, but his choices have led him astray.”

The pair spent several years in dispute over the split, although Sambora took part when Bon Jovi were inducted into the Rock & Roll Hall of Fame in 2018. The guitarist suggested last year that he’d been unhappy with the way the group was run for decades: “I thought we should have made more strides to become a band. It was going towards Jon being the front-guy and nothing else.”

In the new interview, Bon Jovi said he never meddled with the core ingredients of the band’s success. “Well, if you consider numbers, we’re as big or bigger than ever,” he said. “You see how they come back again and trust in the change in lineup and the musical direction. … I’m not trying to rewrite ‘You Give Love a Bad Name.’ I think that speaks to me as the leader and primary songwriter, that they trust me as an audience.”

He added: “And that’s a leap of faith for them to take, because they bought into a certain thing that they may have grown up in or grown up with. They have to then trust me, and if it wasn’t worth their time and money, they would move on and keep the memories wherever music fans store them.”