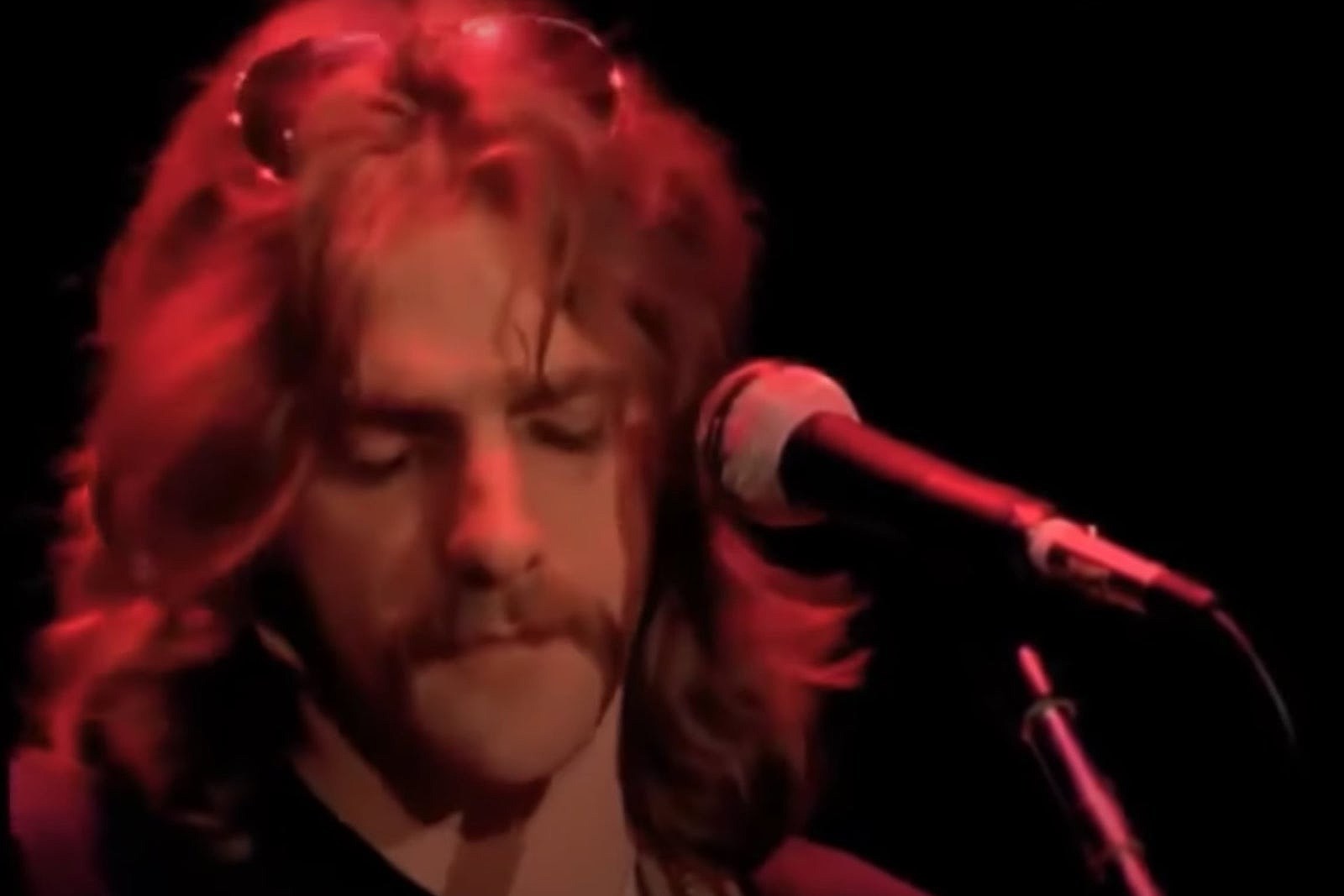 The Eagles‘ crossover hit “Lyin’ Eyes” was written in a rush of inspiration over just two days. Yet, every element of this wry narrative about a gold digger’s empty life unfolds with a writerly knack for detail.

Glenn Frey deftly shifted points of view, never wasting a word, as he filled in the blanks around a real-life encounter with Don Henley at their favorite ’70s-era watering hole, Dan Tana’s.

“We saw a lot of beautiful women around Hollywood who were married to wealthy, successful men, and wondered if they were unhappy,” Frey said during the audio commentary of the Hell Freezes Over concert film. “One night we were drinking in a bar when I spotted this stunning young woman; two steps behind her was a much older, fat, rich guy. We all started laughing and one of the other guys commented, ‘Look at her, she can’t even hide those lyin’ eyes!’ Immediately, we all began grabbing for cocktail napkins to write down lyrics to go with that great observation.”

They scurried back to a scenic rental in the Trousdale area of Beverly Hills, originally constructed in the ’40s for early-era movie star Dorothy Lamour.

“Glenn and I lived at opposite ends of the house, and we actually converted a music room to a full-on recording studio,” Henley told Cameron Crowe in 2003. “The house was located at the highest point on the hill, and we had a 360-degree panorama. In the daytime, we could see snowcapped peaks to the east and the blue Pacific to the west. At night, the twinkling lights of the city below were breathtaking.”

The writing came easy, but perhaps never easier than on this evening. Frey set about crafting a chorus, while Henley chipped in on some of the verses. “I don’t want to say it wrote itself, but once we started working on it, there were no sticking points,” Frey added. “Lyrics just kept coming out, and that’s not always the way songs get written.”

They spent a second night sewing everything together then headed to the studio, where the Eagles displayed a similar meticulousness: The song’s deeply resonant opening – “City girls just seem to find out early” – actually represents six different tries.

Bernie Leadon‘s forlorn mandolin guided them home. “As the saying goes, Henley could sing the phone book and make it sound interesting, but Glenn was a great storyteller,” Leadon told Rolling Stone. “Just listen to the way he sings ‘Lyin’ Eyes.'”

That attention to detail paid off. Released in August 1975, “Lyin’ Eyes” emerged as a rootsy, Grammy-winning story song, hitting No. 2 on the Billboard pop chart and an impressive No. 8 on the country poll. (The brutally edited single version deleted the entire second verse, the second chorus and four lines in the middle of the third verse.)

This initial crossover success led to a raft of down-home covers, as Buck Owens, Lynn Anderson, Moe Bandy, Diamond Rio and Dolly Parton offered their own takes on “Lyin’ Eyes.” The song also appeared in the 1980 movie Urban Cowboy.

Eagles would never again reach such heights with country listeners, mainly because they were moving toward a more rock-focused approach. (Their next crossover Top 40 hit didn’t arrive until 2007, with “How Long.”) In the meantime, songs continued to spill out of the Trousdale home, which they started calling the Eagles’ Nest.

“The house was up on Briarcrest Lane,” Frey told Crowe. “That’s where we wrote ‘One of These Nights,’ ‘Lyin’ Eyes,’ ‘Take It to the Limit,’ ‘After the Thrill Is Gone’ and a couple of other tunes for the One of These Nights album.”

And there could have been more, Frey confirmed. “I’d love to get the legal pad for ‘Lyin’ Eyes’ again,” he said, “because I think there were verses we didn’t use.”