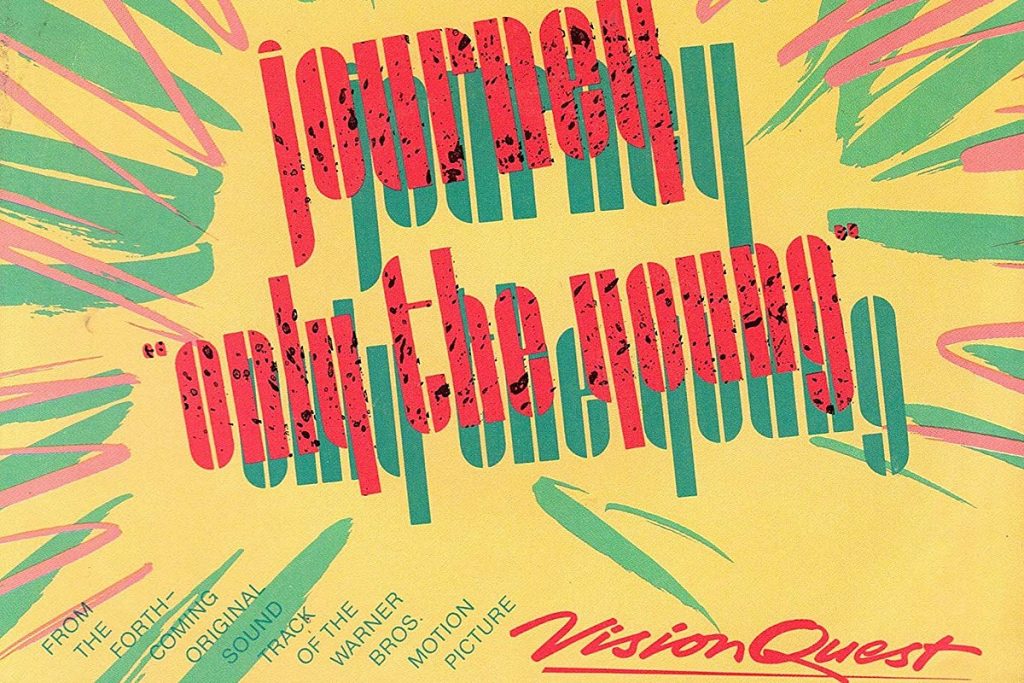 “Only the Young” became an inspirational touchstone, a homecoming spark, then an in-concert triumph. But first, it got left off one of Journey‘s biggest albums.

“It was actually written for the Frontiers record,” Journey keyboardist Jonathan Cain told WCSX in 2018. “And some people, when we put the album together, thought it didn’t work on the album and they wanted to put some other song in place of it. And I was kinda like opposed to it and I got outvoted, and it just sat on the shelf there in the vaults.”

The first person outside of Journey’s inner circle to hear the still-unreleased song was Kenny Sykaluk, a 16-year-old Ohio native battling a terminal illness. His mother had written the Make a Wish Foundation in the hopes they could visit Sykaluk.

“Back in 1983, when Make a Wish first began, one of the boys who was sick wanted to meet Journey,” Cain told One One 7 in 2013. “He was in a cystic-fibrosis clinic in Cleveland, and we went off to see him. We had no idea how bad he was, but he was dying.”

They brought an autographed platinum-album award, a football helmet signed by the San Francisco 49ers, and a Walkman. Inside the Walkman was a cassette recording of “Only the Young.”

“Slipping the headphones over Kenny’s ears, we watched as the kid began to listen to our unreleased song,” Cain said in 2018’s Don’t Stop Believin’: The Man, the Band, and the Song that Inspired Generations. “While the tune played, Kenny looked up and his eyes got huge.”

Written by Cain, ex-frontman Steve Perry and guitarist Neal Schon, “Only the Young” eventually saw release, eventually became a hit, eventually turned into a concert staple. But in that moment, it became Sykaluk’s song.

“As soon as I stepped out of that hospital room, I lost it,” Perry said in the liner notes to the Time3 box set. “Nurses had to take me to a room by myself.”

Listen to Journey Perform ‘Only the Young’

Sykaluk died hours later. “When we did VH1’s Behind the Music,” Cain told One One 7, “I was asked about the most powerful things that happened to me as a member of Journey, and it had to be with Kenny Sykaluk on that last day.”

A leftover song suddenly took on deep new meaning within the group. “The lyrics to ‘Only the Young’ are powerful lyrics,” Perry says in Don’t Stop Believin’. “I really have to give credit to Jonathan Cain for coming up with the concept to write about, before we even knew about Kenny, about ‘only the young can say they’re free to fly away.’ Because there’s a certain innocence that the youth have. That’s just a wonderful gift.”

Journey was in the midst of a period marked by solo projects and internal strife. “Only the Young” ended up being covered on Scandal’s debut album, while the original version – and Journey itself – continued to languish. They’d essentially split following Frontiers, but then “Only the Young” was released on Jan. 8, 1985 and belatedly soared to No. 9 on the Billboard charts. Months later, sessions began for Journey’s reunion on 1986’s Raised on Radio.

Syaluk’s passing put things in perspective. “It changed my outlook on life,” Schon said on Behind the Music. “It makes you realize that the things you were making a big deal out of, maybe, were not so big.”

Credit a movie soundtrack for finally convincing the label to release “Only the Young.” “David Geffen somehow got ahold of it and called our manager and said, ‘I have this movie, Vision Quest,” Cain told WCSX. “And so we ended up taking it to New York to mix for Vision Quest.”

Journey subsequently opened every show on the Raised on Radio tour with “Only the Young.” Later reissues of Frontiers also included it as a bonus track. For Cain, that winding path came to make perfect sense.

“Each song has its place and purpose,” Cain said in Don’t Stop Believin’, “and ‘Only the Young’ was meant to stay off Frontiers initially, simply because it belonged to Kenny.”