How Adele Kept Van Halen From Reaching No. 1 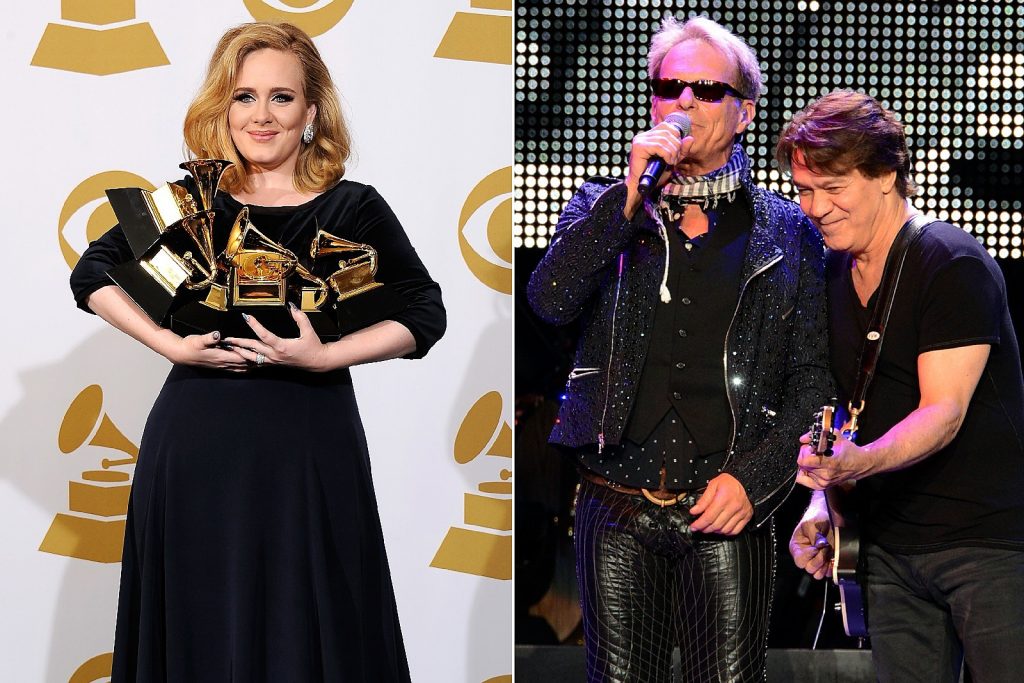 Van Halen accomplished a lot with David Lee Roth at the helm, but one summit they never reached was a No. 1 album with their original singer. Their last chance to do so was 2012’s A Different Kind of Truth, but they were blocked from the top spot by U.K. pop sensation Adele — along with some incredibly poor timing — and on Feb. 15, 2012, it was announced that the effort bowed at No. 2 on the Billboard 200.

As Van Halen’s first studio album with Roth in 28 years, A Different Kind of Truth gained some early buzz with the lead single “Tattoo,” which came out in early January 2012. Though the track reached No. 67 on the Hot 100 and the Top 20 of multiple rock charts, many people — including members of the group — considered it a misfire as the first taste of the new LP.

“That was a song I didn’t think should be at the beginning or the first [single] released,” bassist Wolfgang Van Halen later told UCR. “It’s still a great song. I was really happy with it. … I thought it was fun. I think Dave’s lyrics are super-quirky on that and really fun. But as an opener or first single, I wasn’t into that. I fought for ‘She’s the Woman’ to be the first single. It’s not a comment on the quality of the song ‘Tattoo’ in any way. It was a little different in comparison to the rest of the album. People are so cynical and reactive these days with social media that I think when they get that [song], that’s their first impression and they think the rest of the album’s gonna be like that. And that wasn’t the case with that.”

“Tattoo” might not have been the strongest track on A Different Kind of Truth, but in a typical chart week, the album likely still would have been the favorite to debut above any other artist. Unfortunately, this was no ordinary week.

Adele was in the midst of an unprecedented chart run with her sophomore full-length, 21, which had come out more than a year earlier and had already logged 19 weeks at No. 1. One more week and she’d tie The Bodyguard, the soundtrack to the 1992 film featuring Whitney Houston, which held the record for the most weeks at No. 1 by a female artist.

Not only that, Adele was going into that weekend’s 54th annual Grammy Awards with six nominations and was slated to perform on the show for the first time since suffering a vocal hemorrhage that required surgery in late 2011. Adding to that buzz, the news program 60 Minutes also aired an in-depth interview with the singer right before the Grammys telecast.

The night of the Grammy Awards, Feb. 12, was the final tracking day for the Feb. 25-dated Billboard 200 chart. Had Adele tanked that night, things might have worked out differently. Instead, she delivered a show-stopping rendition of her smash hit “Rolling in the Deep” and took home all six awards for which she was nominated, including Best New Artist, Album of the Year, Song of the Year and Record of the Year.

According to Nielsen Soundscan, 21 saw a 95% sales gain in the wake of the Grammys, moving 237,000 copies that week. By comparison, A Different Kind of Truth sold 187,000 units — certainly an impressive amount, but not enough to challenge Adele’s juggernaut. Once again, a Roth-fronted Van Halen LP came up just short. (The week after the Grammys, 21 sales skyrocketed to a bonkers 730,000 copies, granting the album its 21st week atop the Billboard 200 and breaking The Bodyguard‘s record.)

This wasn’t the first time Van Halen with Roth were foiled by a pop star. Their 1984 album fought for weeks to reach the summit but was stymied by Michael Jackson’s Thriller — in part. Contrary to the popular narrative, Thriller didn’t block 1984 due to a sudden surge in sales after the King of Pop was horribly burned on the set of a Pepsi commercial in late January 1984. The closest 1984 came to the top was No. 2 in mid-March, where it stubbornly occupied the runner-up position for five weeks. It was staved off by not only Thriller, but the soundtrack to the Kevin Bacon film Footloose — which, coincidentally, contained a song by Sammy Hagar, who would take over Roth’s spot in Van Halen the following year.

While the Roth-era Van Halen albums outsold the Hagar-led catalog globally by a count of approximately 50 million to 25 million, the latter lineup would rattle off four consecutive No. 1 studio albums with 5150, OU812, For Unlawful Carnal Knowledge and Balance. And although it surely gave Roth zero consolation, he did appear on Van Halen’s 1996 chart-topping Best of — Volume I hits collection — but he had to share the honor with Hagar, who sang on seven of the collection’s 17 tracks.