How Aretha Franklin Made Gospel History in Two Days 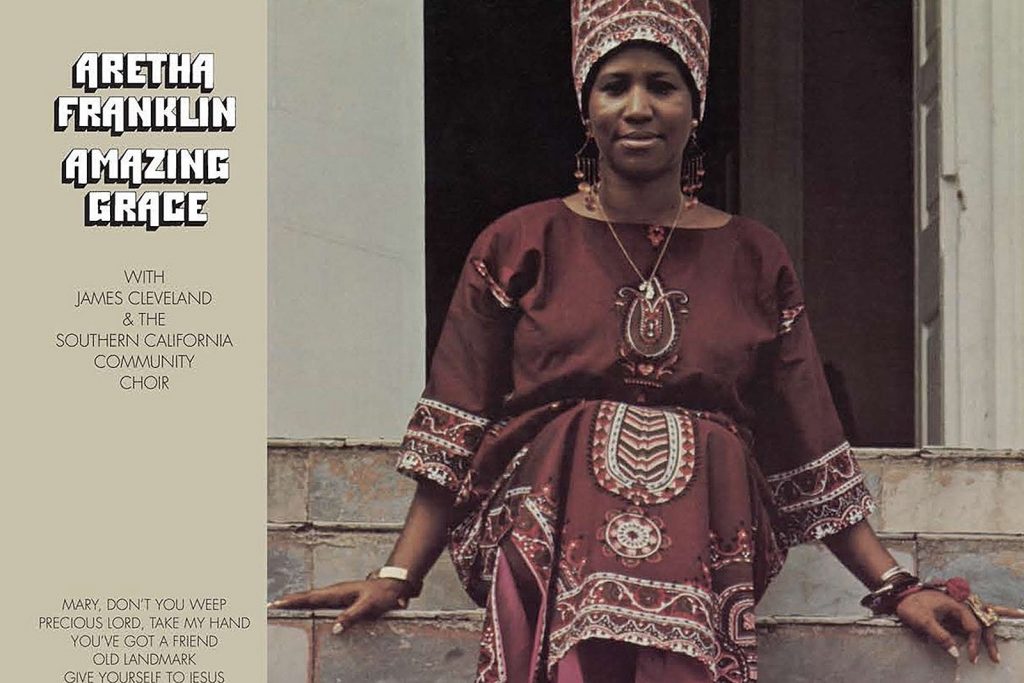 An assembly of people gathered in January 1972 in the New Temple Missionary Baptist Church in Los Angeles for a service of sorts – though not the ordinary kind.

Leading that day’s song sermon was “Miss Aretha Franklin,” as she was introduced to the audience by the Rev. James Cleveland. Franklin didn’t address the crowd herself; instead, he let the first few lines of her rendition of Marvin Gaye‘s “Wholy Holy” speak for themselves: “People, we’ve got to come together / because we need the strength, the power and all the feeling.”

Franklin, then one of the most prominent and popular singers in the recording industry, reinterpreted various gospel songs, standards and other traditional numbers over two nights in front of a live, predominantly Black audience. She was backed by the Southern California Community Choir, a leading L.A. gospel group that would later also appear on albums by Arlo Guthrie, Elton John and Kansas. Franklin was also supported by Cleveland on piano, Kenny Luper on organ, Cornell Dupree on guitar, Bernard Purdie on drums, Chuck Rainey on bass and Poncho Morales playing percussion. The entire two-day event was recorded live and put to vinyl.

Amazing Grace was released as a double album on June 1, 1972, becoming an instant success. Franklin earned the 1973 Grammy Award for Best Soul Gospel Performance as the LP sold more than two million copies to become her career best seller. Decades later, it still held the record as the best-selling live gospel album of all time.

Full to the brim with palpable energy and zeal, the combination of Franklin’s dexterous and profound voice and the enthusiasm of the crowd made for an unforgettable recording — even in a pop-centric era in which gospel music didn’t always promise commercial fortune. (Black artists, particularly women, also struggled to be treated as equal to their white male counterparts.) There was simply no denying the pure passion that Amazing Grace offered.

The daughter of a minister, Franklin was undoubtedly at home singing in a church: She’d spent her whole childhood doing it. “Let’s start with the church,” she told Interview magazine in 1986. “As you know, it’s my background. It’s a natural setting for me and it’s definitely my roots.” Cleveland was a friend of Franklin’s father and had known her since she was small. “James was probably the most significant factor on me musically in terms of my early piano stylings,” Franklin told the Independent after his death in 1991 at age 59. “Anyone who heard him, you were touched by him. He was a motivator, an innovator.”

Franklin’s father, the Rev. C.L. Franklin, spoke on the second evening of recording, bursting with paternal pride. “It took me all the way back to the living room at home when she was six and seven years of age. It took me back to about 11 when she started traveling with me on the road, singing gospel,” he said, acknowledging the audience’s liveliness. “I saw you crying, and I saw you responding, but I was just about to bust wide open.”

Franklin was moving people with her charm and warmth long before the record button had been pressed. “She was very approachable. She was very nice to us. She turned around and started talking and laughing with us,” Lady Mary Ann Hall, an original member of the Southern California Community Choir, later told KCRW. Then just 22 years old, Hall said Franklin began to cry the first time they rehearsed the song “Amazing Grace,” one of this album’s most emotionally ardent moments. It took a half-hour for her and the choir to regain composure.

“That’s what I remember the most,” Hall said, “was how touching the rehearsals were.”

Because of its content and recording location, Amazing Grace was an inherently religious experience, but it was not preachy or self-righteous. Franklin’s executive producer Jerry Wexler was an atheist. Yet he argued in David Ritz’s Respect that the LP “relates to religious music in much the same way Michelangelo’s Sistine Chapel relates to religious art. In terms of scope and depth, little else compares to its greatness.”

Dressed in a dazzling white robe the first evening and green paisley the second, Franklin was simply painting a canvas of emotion through song, regardless of secularity. Critic Jon Landau lavished Amazing Grace with praise in a 1972 review for Rolling Stone, calling it “a virtuoso display of gospel pyrotechnics, done with control and imagination.”

Amazing Grace: The Complete Recordings arrived in 1999, featuring unabridged versions of the songs along with the Rev. Franklin’s remarks and other songs that didn’t make the original album. But there was more still: The performances were also filmed under the direction of Sydney Pollack, but the footage was never released because of technical issues. (Pollack didn’t use clapperboards, making it nearly impossible for the audio to be aligned correctly.) So, 20 hours of raw footage sat in a Warner Bros. vault until 2007 when it was obtained by producer Alan Elliott and finally transformed into an 87-minute concert film that was planned to be released in 2011. For unknown reasons, Franklin herself firmly opposed its release, suing Elliot for appropriating her likeness without permission. Elliot tried to issue the film again in 2015, only to be sued a second time.

“It isn’t that I’m not happy about the film, because I love the film itself,” Franklin told the Detroit Free Press in 2015. “It’s just that — well, legally, I really should just not talk about it, because there are problems.”

The film finally arrived in 2018, just three months after Franklin’s death, to rave reviews. Also on-screen was one of Franklin’s earliest influences, gospel singer Clara Ward, along with Mick Jagger and Charlie Watts of the Rolling Stones, who were in town at the time finishing the recording of Exile on Main. St.

I remember it really well,” Jagger told Billboard in 2018. “It was just a wonderful event. It was quite mesmerizing from start to finish really.”

Elliott “always had faith and love for the recordings,” he told Rolling Stone in 2018. “And I accepted the awesome responsibility of this premier document of American popular music — and knowing that if I didn’t do it, it would not get done.”

Along the way, Amazing Grace set a new standard not only for gospel music and its commercial viability but also for live performance. It would be lauded by fans, media and fellow musicians alike.

“No one loves ‘Respect’ and ‘Natural Woman’ and ‘Chain of Fools’ more than me,” Curtis Mayfield told Rolling Stone in 1984, “but no matter how marvelous that material, none of it reaches the level of Amazing Grace. I don’t think I’m alone [in] saying that Amazing Grace is Aretha’s singular masterpiece. The musicians I respect the most say the same thing. It’s her greatest work.”