How Aretha Franklin Showed Her Range on ‘Young, Gifted and Black’ 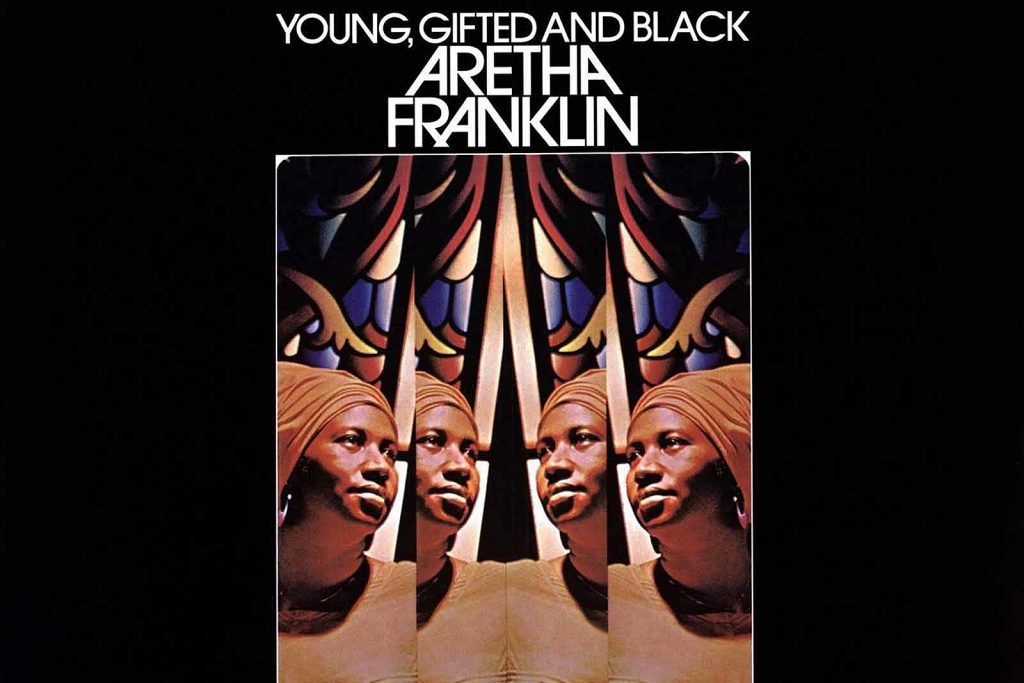 Aretha Franklin was undoubtedly the Queen of Soul when she released her 18th album, Young, Gifted and Black, at the start of 1972.

But she was the queen of a lot of other things, too, including cover songs. After all, her era- and career-defining 1967 hit “Respect” was reshaped, reworked and outright claimed from Otis Redding‘s original.

She’d made a name for herself singing other people’s songs. From the start, when she was signed to Columbia Records in the early ’60s and the label had no idea what to do with her big voice, Franklin reached into classic songbooks that dated back decades; her 1961 debut included songs from Porgy and Bess and The Wizard of Oz.

When she was finally scooped up by Atlantic, which reinvented her as a gospel-trained R&B singer on the paradigm-shifting I Never Loved a Man the Way I Love You in 1967, she scattered Redding, Sam Cooke and Dan Penn covers among a handful of co-written originals.

Following that breakthrough LP, Franklin took songs by Burt Bacharach and Hal David, the Band, the Beatles, Carole King and Paul Simon into the Top 20, stamping each with a church-bred soulfulness that redefined the songs’ ownership in some cases. Having Franklin cover your work was a blessing no songwriter, new or established, could turn down.

From January 1968 through August 1970 Franklin released five albums. No studio LP came out in 1971, but a few singles – including tracks that ended up on Young, Gifted and Black – kept her active on the charts. In fact, the dozen songs found on the album were recorded in a five-month span that ended in February 1971, almost a year before its release.

The closing track, a cover of Elton John‘s “Border Song (Holy Moses),” was even released as a single in late 1970. By the time Young, Gifted and Black came out on Jan. 24, 1972, the classic Aretha Live at Fillmore West and a greatest-hits set with three new recordings ( two of which made it to No. 1 on the soul singles chart and another that reached No. 3) had already beat it to record stores.

All of this says more about the pace at which Franklin was making music than any perceived personal delay between studio albums at the time. She was recording so much material, and so much quality material, that the sessions would be scattered among different records over many months. It’s one of the reasons Franklin scored 13 Top 10 songs on the R&B chart from late 1969 through early 1972, and it’s one of the reasons Young, Gifted and Black remains one of her best works. (The album just missed the Top 10, stalling at No. 11, but made it to No. 2 on the soul albums chart.)

It’s also one of Franklin’s furthest-reaching LPs, a record that shows off her range unlike any other in her extensive catalog. In addition to the John-penned single, Young, Gifted and Black includes a return to the Beatles songbook (she covered “Let It Be” and “Eleanor Rigby” on 1970’s This Girl’s in Love With You, here it’s “The Long and Winding Road”), another Bacharach/David song (“April Fools”), another Redding song (“I’ve Been Loving You Too Long”) and takes on three 1969 hits: Lulu’s “Oh Me Oh My (I’m a Fool for You Baby),” Dusty Springfield’s “Brand New Me” and the Delfonics’ “Didn’t I (Blow Your Mind This Time).”

There’s also Franklin’s dramatic rendition of Nina Simone’s title track, the civil-rights anthem Simone introduced to audiences in 1969. But the highlights of Young, Gifted and Black are two Franklin compositions, “Rock Steady” and “Day Dreaming,” that reached the Top 10 on the Billboard Hot 100. “Rock Steady” preceded the album in October 1971, “Day Dreaming” came out a month after the LP. Both songs were recorded on Feb. 16, 1971, during fruitful sessions that also yielded “Spanish Harlem” (a 1971 No. 1 R&B hit) and “All the King’s Horses” (on the album but also later a single).

It was that sorta time for Franklin.

Working with guitarist Cornell Dupree, drummer Bernard Purdie, bassist Chuck Rainey, keyboardist Donny Hathaway and sisters Carolyn and Erma on backing vocals (plus assorted other session players throughout), Franklin has rarely sounded better on record. Her breakthrough I Never Loved a Man the Way I Love You was an assured but tentative step; there’s nothing but confidence coursing through Young, Gifted and Black‘s grooves. It’s the sound of an artist now in complete control of her promise and power.