How ‘Back on the Chain Gang’ Gave Purpose to Grieving Pretenders 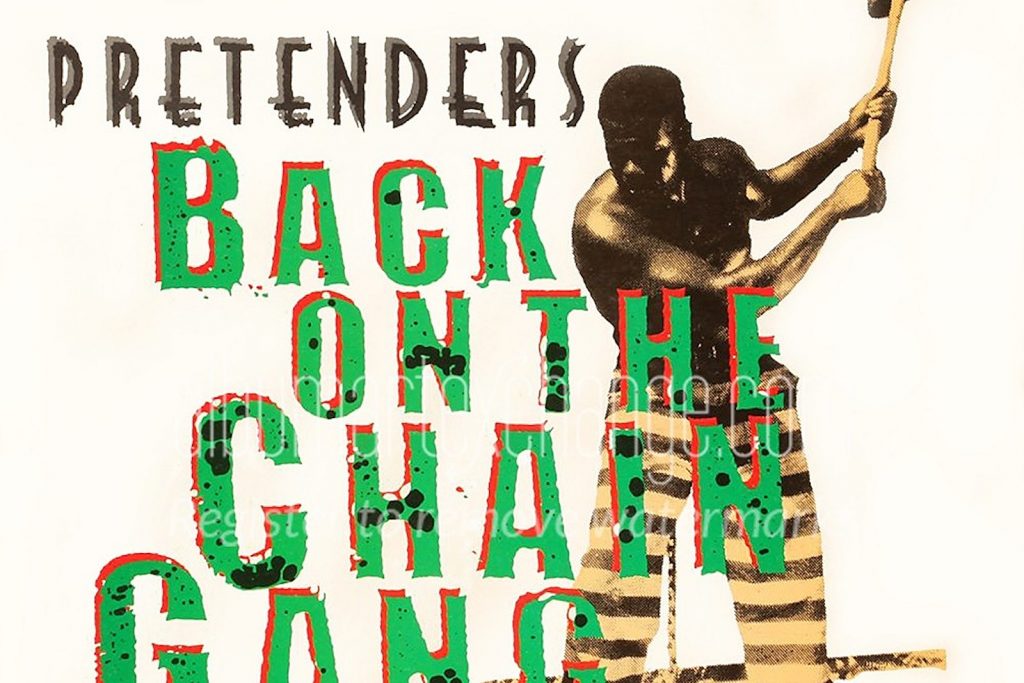 There’s an understandable weariness to the Pretenders‘ biggest Billboard hit, as Chrissie Hynde returns to the rock ‘n’ roll grind with “Back on the Chain Gang” after suffering unspeakable loss.

The band had quickly established itself over two early albums and an EP, earning platinum success by combining her all-attitude contralto with guitarist James Honeyman-Scott’s distinctive suspended-chord phrasing. Next, Hynde was having a baby with boyfriend Ray Davies, and she thought she had everything figured out.

Hynde, drummer Martin Chambers, bassist Pete Farndon and Honeyman-Scott would construct their third album during her pregnancy and then she’d take some time off after giving birth in early 1983. But “life,” as Hynde ruefully told Rolling Stone in 1984, “is never what you think it’s going to be.”

Instead, she was forced to have a very difficult conversation in the summer of 1982 with the heroin-addicted Farndon. “For me, the hardest part of the past couple of years was deciding to fire Pete. It was so bloody sad that it had come to that,” Hynde added. “He was in a sort of diminished mental condition ’cause he was stoned a lot. He couldn’t handle drugs that well. No one can handle that drug very well.”

Two days later, Honeyman-Scott was dead after suffering cocaine-related heart failure. “It was incredibly tough,” Chambers told the Mercury in 2009. “I lost my best friend [in Honeyman-Scott], and my second best friend in Pete.”

Watch the Video for Pretenders’ ‘Back on the Chain Gang’

Hynde put on a stoic front. “I don’t look back at those events as being a hardship,” she told Rolling Stone in 1984. “It’s just real life. People die — that’s part of life.” They were back in the studio a month later, after quickly adding Rockpile guitarist Billy Bremner and Big Country bassist Tony Butler. A basic outline for “Back on the Chain Gang” awaited them.

“We had rehearsed it a lot with Jimmy, and thought it would make a pretty good single,” Chambers told Creem in 1983. “So after his funeral and everything was sorted out, we thought: ‘Let’s get on with it.’ There was never any real thought of packing it in or anything. We decided to get some people to work with us for the time being.”

They spent a week rehearsing with Bremner and Butler before recording began, and eventually brought in Honeyman-Scott’s friend Robbie McIntosh for some additional guitar. The lyrics – “I found a picture of you,” Hynde sings, “well, it hijacked my world at night, to a place in the past we’ve been cast out” – became a personal remembrance, something more emotional than anything she could perhaps say out loud about Honeyman-Scott.

“He made whatever I had sound good, and I got him out of Hereford and out of the music store where he was working and put him onstage and in the studio,” Hynde told Curve magazine in 2020. “So we offered each other what we both needed. I mean, I loved Martin and Pete too — and they were absolutely integral to the sound of the band – but frankly, a band is about electric guitar. That’s my opinion.

“I had my little tunes and my little guitar parts,” she added, “but Jimmy Scott made them sound a whole lot better, and he invented the Pretenders sound with [the] very simple effects he had and the way he played.”

Hynde stole away, as was her habit, to record the lyrics all alone. “When it came to her vocals, Chrissie was great so long as nobody else was in the room,” Pretenders engineer Steve Churchyard later told Sound on Sound. “The band, everybody was kicked out. They all went upstairs and played pool, and nobody was allowed to come back down until we’d got them.”

Watch Pretenders Perform ‘Back on the Chain Gang’ at Live Aid

On some level, this quick return to work served as a coping mechanism. “What else were we going to do?” Hynde asked Rolling Stone. “Stay at home and be miserable, or go into the studio and do what we dig and be miserable?” Pressed, she finally admitted: “Well, it wasn’t exactly a barrel of monkeys.”

Chambers was typically more forthcoming. “It was a very strange time, very tough for Chrissie and me, with no Jimmy or Pete,” he told Creem. “But we just shook our fists to the heavens and got on with it. With ‘Chain Gang,’ we thought ourselves into it to a point. There was a real feeling of hopelessness, really like ‘Can we do this?’ Not that it crossed our minds that we couldn’t – but you really question yourself.”

In fact, Hynde briefly considered changing the band’s name. Sessions that produced their No. 5 comeback hit convinced her otherwise. “I finally thought it still was the Pretenders more than it wasn’t. To me, ‘Back on the Chain Gang’ sounded like a Pretenders song,” Hynde told Rolling Stone. “It was sort of like Ken Kesey: Either you’re on the bus or you’re off the bus, and I felt like Martin and I were still on the bus – even if the other guys had gotten off.”

Released on Sept. 17, 1982, “Back on the Chain Gang” was paired as a single with “My City Was Gone,” which in turn became a rock-radio staple. But Bremner and Butler wouldn’t last. As halting work on the album that would become 1984’s platinum-selling Learning to Crawl continued for nearly a year, a new lineup coalesced around McIntosh and bassist Malcolm Foster.

One day during the sessions, someone brought in an earlier Pretenders album – just for musical comparison’s sake. “I haven’t listened to any of that stuff since we used to play it,” Hynde told Stiletto magazine in 1984. “While it was on, I found it very difficult to look at the other guys. I had to leave the room.”

By then, she’d also lost Farndon. He died before Learning to Crawl arrived, drowned in his own bath after overdosing on heroin.