How Band of Joy Brought Robert Plant and Patty Griffin Together 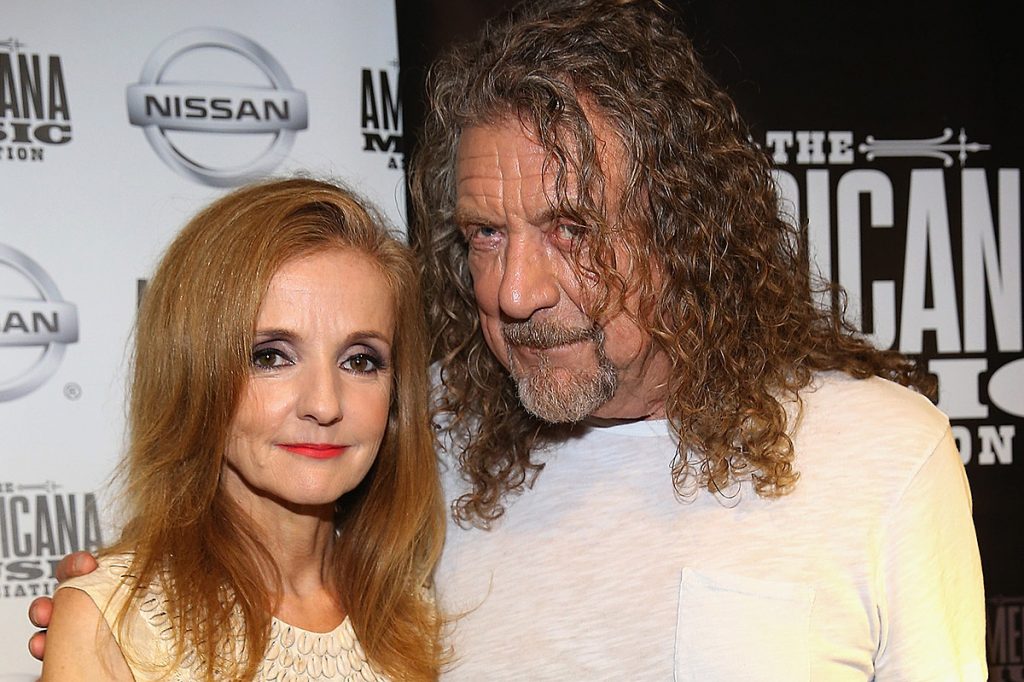 Robert Plant recalled how the song “Monkey” brought him together with Patty Griffin.

They worked together in his revised version of Band of Joy, eventually becoming a couple for some time before splitting around 2014, following speculation they had married at some point along the way.

In the latest episode of his Digging Deep podcast, Plant explained how Griffin came into his life as the Band of Joy began work on their cover of U.S. indie band Low’s “Monkey.”

“That Band of Joy record had hardly any preparation,” he recalled. “Those musicians, who sound insanely great, don’t want to know about the song until they’re standing with their equipment, ready to go. So there’s no preamble because they want to be real fresh and try this from another point.”

They established a “really good” groove around the track, leading Plant to note, “I’m really missing a voice.” Guitarist Buddy Miller replied, “Well, I’ve just been working with Patty Griffin.” Plant said he “couldn’t even imagine somebody like that coming through the door and singing like that on stuff I was doing. … She seemed to have so much of herself. How do you lock that beauty with what I’m doing, with set melody? It seems like Patty needs to sing with so much flex … and when you’re singing side by side, you’ve got to keep it tight.”

You can listen to the podcast below.

Noting that the invitation extended to Griffin was a low-pressure conversation, Plant added, “She comes by and says ‘hi’ and then we start singing together; and it was like, ‘Whoa, what, how do you do that?’ It was a real earth-moving moment because the song is so seductive, and so beautiful, and so remote in its original form. And that was really the beginning of Patty and I singing together for two years or so.”

In the same episode, Plant was asked how he felt about other artists covering his songs. “I don’t know because I don’t hear ‘em,” he responded. “I mean, I’m not being silly but I just … don’t know much about that other world, really, now. … And I don’t think many of my solo songs have been covered.”

He added that another collaborator, Alison Krauss, had recorded a version of his 1983 solo hit “Big Log,” and he expressed his opinion with a positive “oooh!”