How Bill and Ted Perfected Their Dancing at Stevie Nicks’ Ranch 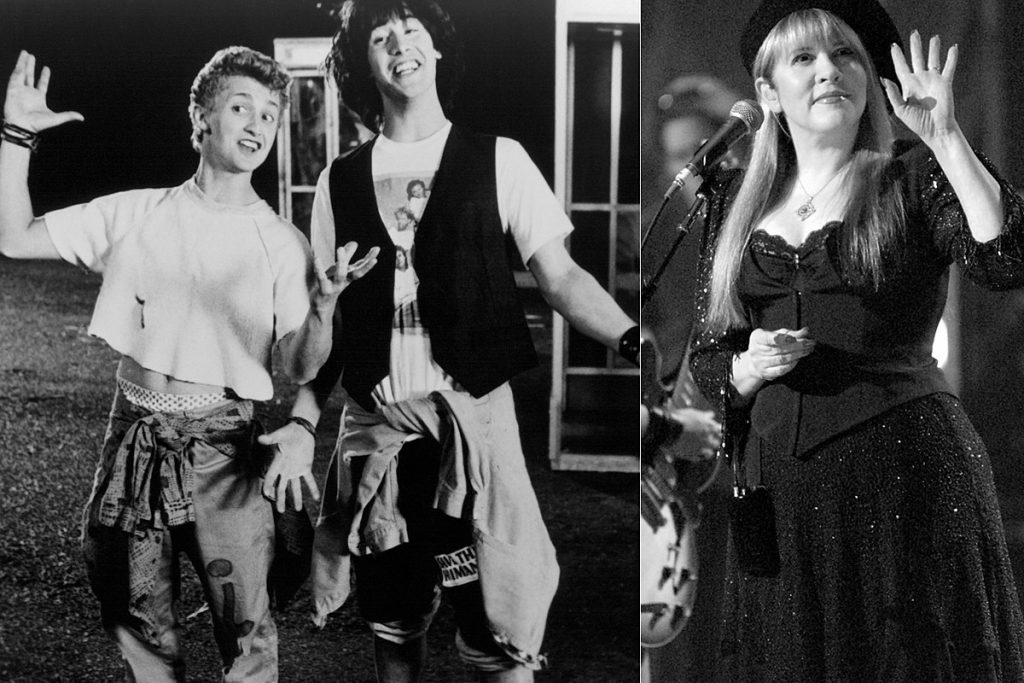 The 1988 movie was originally set to start with a heavily choreographed performance, which the pair rehearsed in a ranch owned by Stevie Nicks.

“The opening of the film and the very ending of the film both changed from what was originally scripted and even what we shot,” Winter told Rolling Stone in a new interview.

“The opening was an almost surreal rock number where Keanu and I are at a bus stop waiting for the school bus in the morning and we start to air-guitar and rock out. And it turned into a whole dance routine. Then it ends up with us kind of getting into a skirmish with the school jocks, and you meet our characters that way. All of that stuff was shot and none of it made it into the film.”

Winter added that he “started out dancing, but by no means at that time was I any kind of a dancer, and they looked at me and Keanu like, ‘Oh, God. What are we gonna do with you guys?’ So we rehearsed this number for weeks in, of all places, Stevie Nicks’ house in Phoenix. Because for some reason, Stevie Nicks had a full ballet studio in her desert ranch house, with a full ballet barre and mirrors and wood floors — literally the whole thing.

“So there were me and Keanu and whoever this choreographer was, day after day, pounding out this routine, like Jennifer Beals in Flashdance,” he continued. “We did it with full gusto. Like, we just went for it. You know, we were in character. But I remember wondering how the hell that scene would work, and I guess, ultimately, it didn’t.”

Winter recently posted some still images from the abandoned opening scene, but said it was unlikely it would ever be released in any form. He and Reeves will return in Bill & Ted Face the Music, scheduled for release on Aug. 21.