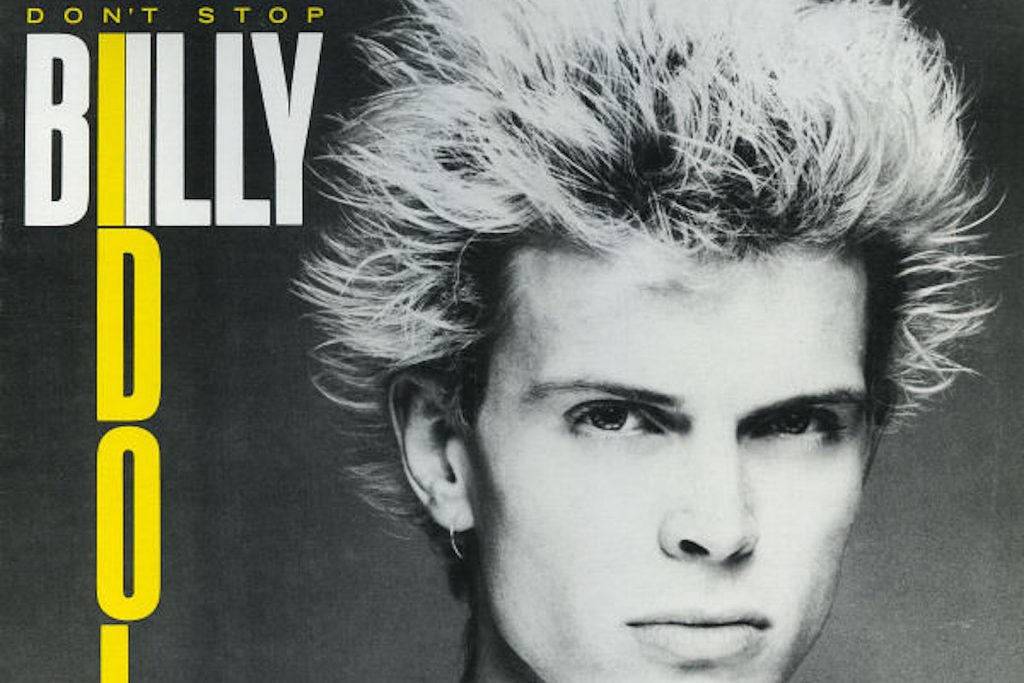 You can take the boy out of punk, but you can’t take the punk out of the boy — or at least that’s what Billy Idol thought when he released Don’t Stop, his debut solo EP, back in 1981.

The four-song set established Idol on his own after nearly five years in the band Generation X. It found the former William Broad working with Generation X producer Keith Forsey — but also putting more polish into his sound, which he didn’t consider an awkward transition at all. “I’m still singing about the same things, but from a more personal stance,” Idol told me shortly after Don’t Stop‘s release. “That’s why I deliberately took the risk of [going solo] — not to become what [Generation X’s] ‘Your Generation’ was about, but to take a risk, put some spontaneity back in my music.”

Idol co-founded Generation X during 1976 in London. Enjoying success with singles such as “Your Generation,” “King Rocker” and “Valley of the Dolls,” the group released three albums, had the distinction of being one of the first punk bands to appear on BBC’s Top of the Pops and appeared in the 1980 film D.O.A. before disbanding acrimoniously in 1981. Idol moved to New York and continued to work with latter-day Gen X manager Bill Aucoin. The decision was made to record an EP, introducing Idol as a solo act and hopefully stoking anticipation for a follow-up full-length.

“I was kind of dipping a toe in the water,” he said. Don’t Stop was recorded in London and Los Angeles, featuring Idol’s take on Tommy James and the Shondell’s “Mony Mony,” along with the originals “Baby Talk” and “Untouchable.” He also reached back into the Generation X coffers for “Dancing With Myself,” a track from the group’s 1981 album, Kiss Me Deadly. The song had middling success for the band, but Idol’s rendition — remixed by Forsey to pump up Terry Chimes’ drums — hit No. 27 on the Billboard Hot Dance Club Play chart and fell just two spots short of cracking the Hot 100.

Don’t Stop was, of course, an appetizer for what was to come — namely Idol’s self-titled 1982 album, which yielded the hit “White Wedding” and went gold. “The only time [going solo] was weird was when I was without a group,” Idol said. “Once I had my group together it made it easier for me to create again. It’s the excitement of putting a song together with a group — that’s the musical spur.”

With guitarist Steve Stevens, bassist Phil Feit and drummer Steve Missal, Idol was also happy to be working with a group he considered less, er, primitive than its predecessor. “Generation X didn’t always play in time,” he recalled. “The melodies sometimes got buried in the ferocity of the music. This band doesn’t necessarily play quite so fast or so seemingly recklessly. It’s a lot more musical.”