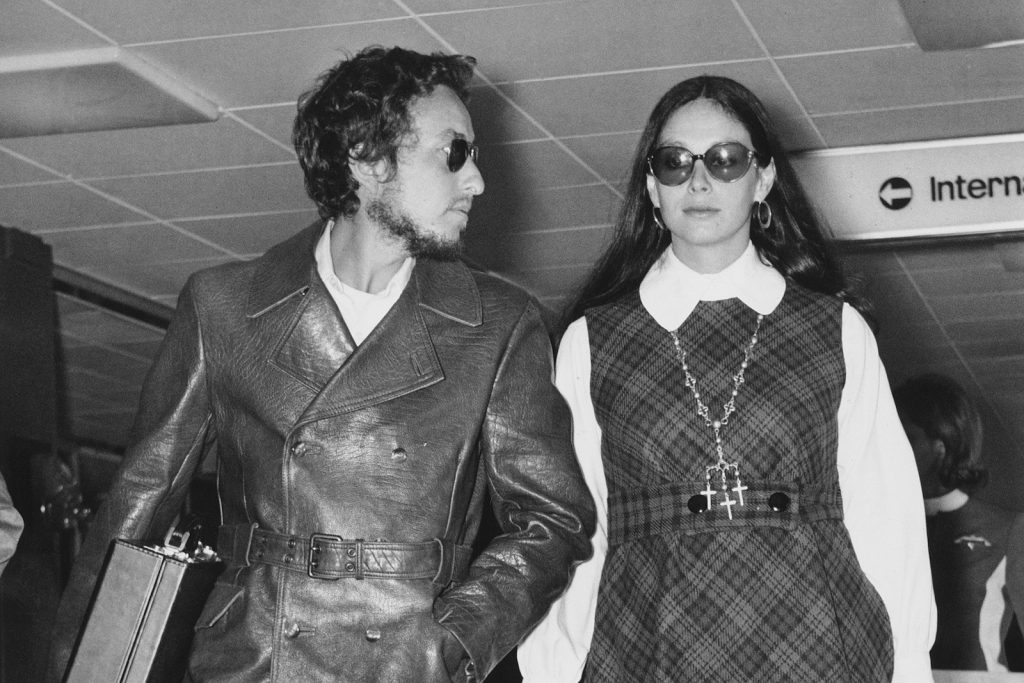 Bob Dylan‘s relationship with women over the years has been shrouded in mystery and pretty clear in his songwriting. From tenderly understanding songs like 1963’s “Don’t Think Twice, It’s All Right” to the more cleverly condescending “Sweetheart Like You,” the women in Dylan’s life have consistently played a significant role in his work.

“I’ve always been drawn to a certain kind of woman. It’s the voice more than anything else. I listen to the voice first,” he told Spin in 1985. “A body is a body. A woman could be deaf, dumb, crippled and blind and still have soul and compassion. That’s all that matters to me. You can hear it in the voice.”

Whether or not it was her voice that did the trick, Dylan’s first wife, Sara Lownds, captured something in him. Born Shirley Marlin Noznisky, Lownds had moved to New York City in 1959, married magazine photographer Hans Lownds and changed her name to Sara. Sometime around 1964, while her marriage was crumbling, she met Dylan, who was then still romantically linked to fellow folk singer Joan Baez.

Before long, Lownds and Dylan became involved. (It was Lownds, who worked for a time as a secretary for the film-production division of Time Life, who introduced Dylan to D.A. Pennebaker, the director tasked with making Don’t Look Back, a documentary about Dylan’s spring 1965 U.K. tour.) The couple quietly married on Nov. 22, 1965, when Lownds was pregnant with their first child.

For Dylan, Lownds seemed to offer a sense of domesticity and peace that had become harder and harder to come by as his music grew in popularity. By then, thousands of fans, many of whom had first heard Dylan in the early ’60s, had come to see the singer-songwriter as a guiding light of the era – someone who had all the answers or at least more answers than they had. But some of those fans just as swiftly abandoned Dylan when he plugged in his electric guitar.

The couple attempted to settle down in various parts of the country at first, hoping to elude paparazzi and intrusive fans, but eventually settled in Woodstock, N.Y., the site of Dylan’s infamous motorcycle crash – an incident that significantly shaped his perception of his role in the world, especially as it related to those closest to him.

“Outside of my family, nothing held any real interest for me, and I was seeing everything through different glasses,” Dylan wrote in his 2004 memoir, Chronicles: Volume One. “I had a wife and children whom I loved more than anything else in the world. I was trying to provide for them, keep out of trouble, but the big bugs in the press kept promoting me as the mouthpiece, spokesman or even conscience of a generation … I found myself in Woodstock, vulnerable and with a family to protect.”

Dylan acknowledged that all that pressure wasn’t something Lownds had signed up for. She certainly hadn’t expected it to become so intense. “My wife, when she married me, had no idea what she was getting into,” he wrote. “Me neither, actually, and now we were in a no-win situation.”

As their marriage deteriorated, Dylan continued to work. In 1974, he released his 14th album, Planet Waves, which, at times, pointedly addressed the situation. “You gave me babies, one, two, three, what is more, you saved my life,” he sang on “Wedding Song,” likely referring to Lownds, but simultaneously confronting the idea that he was somehow the voice of a generation. “It’s never been my duty to remake the world at large / Nor is it my intention to sound a battle charge.”

His next album, 1975’s Blood on the Tracks, featured some of Dylan’s most nostalgic and personal songwriting, which most fans assumed was about his unraveling relationship with Lownds. While some songs, like “If You See Her, Say Hello,” were more sentimental and came to terms with a love that now belonged in the past, others harbored more bitter disagreement: “It’s a wonder that you still know how to breathe,” he sang in “Idiot Wind.” Still, it wasn’t easy figuring out what the songs were exactly about. Untying the personal from the professional was made even more challenging by Dylan’s switching of pronouns like he did in “Simple Twist of Fate.”

That didn’t stop fans and critics from making assumptions.

“I read that this was supposed to be about my wife,” Dylan said about “You’re a Big Girl Now.” “I wish somebody would ask me first before they go ahead and print stuff like that. I mean, it couldn’t be about anybody else but my wife, right? Stupid and misleading jerks these interpreters sometimes are. … I don’t write confessional songs. Emotions got nothing to do with it.”

Dylan vehemently denied that his soon-to-be ex-wife was the inspiration for the classic 1975 LP. In Chronicles, he claimed Blood on the Tracks was “an entire album based on Chekhov short stories. Critics thought it was autobiographical – that was fine.”

Still, he occasionally hinted that there was some kind of reflection of himself in his work. He noted that Tracks‘ “Tangled Up in Blue” took “10 years to live, two to write.”

Dylan’s most direct acknowledgment of the matter arrived a year later in “Sara” from his 1976 album Desire. He unambiguously chronicled his relationship with Lownds and asked her to not leave him. “Stayin’ up for days in the Chelsea Hotel,” he sang. “Writin’ ‘Sad-Eyed Lady of the Lowlands’ for you.”

The drama of it all had taken an inevitable toll. On March 1, 1977, Lownds filed for divorce after 11 and a half years of marriage.

The official paperwork noted that the “respondent, Robert Dylan, is hereby restrained and enjoined from harassing, annoying, molesting or in any way interfering with the peace and quiet and personal privacy of the petitioner, Sara Dylan.” “Exclusive use and occupancy” of the couple’s Malibu house was awarded to Lownds, as was temporary custody of their five children. Dylan was also ordered by the petition “to vacate the family premises immediately.” A court date was set for March 15 to handle proceedings involving various properties in the couple’s name, along with “undetermined interests in publishing companies, subsidiary and residual recording rights, royalties and literary copyrights.”

Dylan married again in 1986 and divorced again in 1992. Looking back, he recognized the end of his relationship with Lownds boiled down to an inescapable hard truth: Even the most devoted relationships can crack under enormous external pressure.

Dylan’s son Jakob, whose successful career with the Wallflowers placed him on the musical map in the mid-’90s, has noted in interviews that regardless of whatever emotional turmoil his parents endured, their shared role didn’t falter. “Husband and wife failed, but mother and father didn’t,” he said (via 2006’s Bob Dylan Encyclopedia). “My ethics are high because my parents did a great job.”

A look at rock stars who have been married for over 25 years.