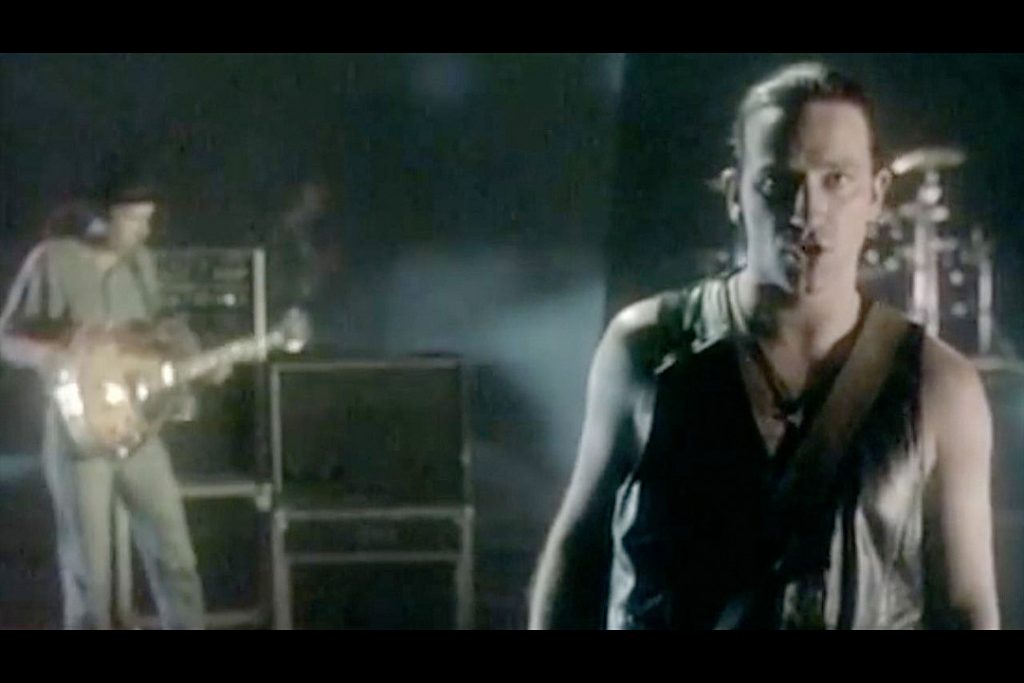 Of all the songs on The Joshua Tree, “With or Without You” might be the oldest, with its origins dating back to the waning days of The Unforgettable Fire tour. U2 singer Bono was the prime mover behind the track, having come up with a chord structure that was recorded as a demo by the band in late 1985.

By the time sessions for U2’s next album began in 1986, all of the members besides Bono had grown tired of the simplistic sounds of “With or Without You.” Guitarist the Edge, bassist Adam Clayton and drummer Larry Mullen Jr. all thought the song was stuck in a loop. On the advice of co-producers Brian Eno and Daniel Lanois, the members tried to add something new to the track by playing louder, harder or adding electronic touches. None of it seemed to work, so U2 and the producers were about to give up on the song.

Bono was the lone hold-out, and the song meant a great deal to him personally. He had written the lyrics about his dual role as a rock star and a husband when he visited the South of France for the first time, and felt he was expressing something pure on “With or Without You.” His friend, Gavin Friday, agreed and helped Bono rearrange the track in the studio.

Friday was convinced it could be a hit; the other guys began to come around too. Eno added those twinkling keyboards, Clayton discovered the soothing bass tones, Mullen found the right spot for his drums to explode. The Edge’s major contribution was his use of the “Infinite Guitar,” an instrument that had been designed by a collaborator of his, Michael Brook. He sent Edge one of the guitars – created with the idea of being able to sustain notes infinitely – and he tried it out on “With or Without You.”

“For ‘With or Without You’ we had the rhythm and the chords then we were testing Michael Brook’s Infinite Guitar invention,” Lanois told Mojo in 2008. “I asked Edge just to play a little something with it. He did two takes and those are the ones in the ultimate mix of ‘With or Without You.’ Beautiful sounds, stratospheric.”

Watch U2’s ‘With or Without You’ Video

Those sighing, soaring notes might be the most distinctive noises on the song, although the guitarist has claimed his favorite part of the tune is what he does on the finale. Many guitarists would point to a dynamic solo as a highlight, but the Edge likes the gentle arrangement of chiming chords that appears at the song’s end. Bono was just as knocked out by the addition.

“It was self-clear early on that this was a little bit special,” the singer told Rolling Stone. “The song is all one build to a crescendo. The song breaks open and comes down, and then comes back. Everyone in the room is, ‘OK, Edge, let’s see if you can let off some fireworks here.’ Three notes – restraint. I mean psychotic restraint, and that is the thing that rips your heart out, not the chorus.”

The Edge was only too happy to demonstrate that restraint on the Classic Albums documentary for The Joshua Tree, which also includes U2’s frontman reminding fans about how strange “With or Without You” sounded to many people in the late ’80s. With a minimalist beginning and Bono starting the song in an intensely low register, the song wasn’t just different for a radio hit; it was also different than everything else U2 were recording.

“Looking back on it now, I can see it was so out of step with everything around,” Bono said. “It was mad. … Something like ‘With or Without You,’ it’s a very odd-sounding song … it kind of whispers its way into the world and this odd guitar part that’s played on Edge’s Infinite Guitar. It was an unusual sounding record.”

That made it an unconventional choice for U2’s first single from The Joshua Tree, the introduction to a new approach to the band’s sound. It wasn’t something the quartet took lightly.

“We really agonized over which single was going to lead, if we were going to release one, and ‘With or Without You’ became the obvious choice,” the Edge told NME, “not because it’s probably the most commercial song on the record but because it’s the one that seems to smooth the transition from the last thing to this record, the easiest.”

In retrospect, it appeared to be a brilliant move, as “With or Without You” became U2’s first-ever No. 1 single in the U.S. and Canada (and the first to perform better in North America than the U.K.). The song went from “Infinite Guitar” to infinite popularity, having long been enshrined as one of U2’s biggest and best-known songs that continues to be performed in concert to ecstatic crowds.