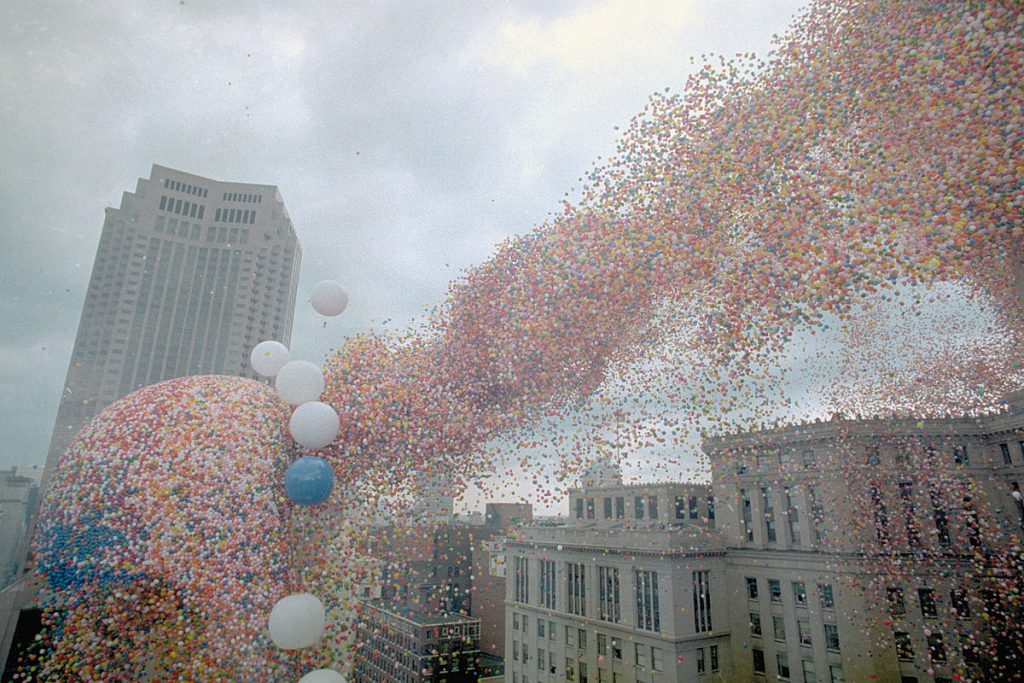 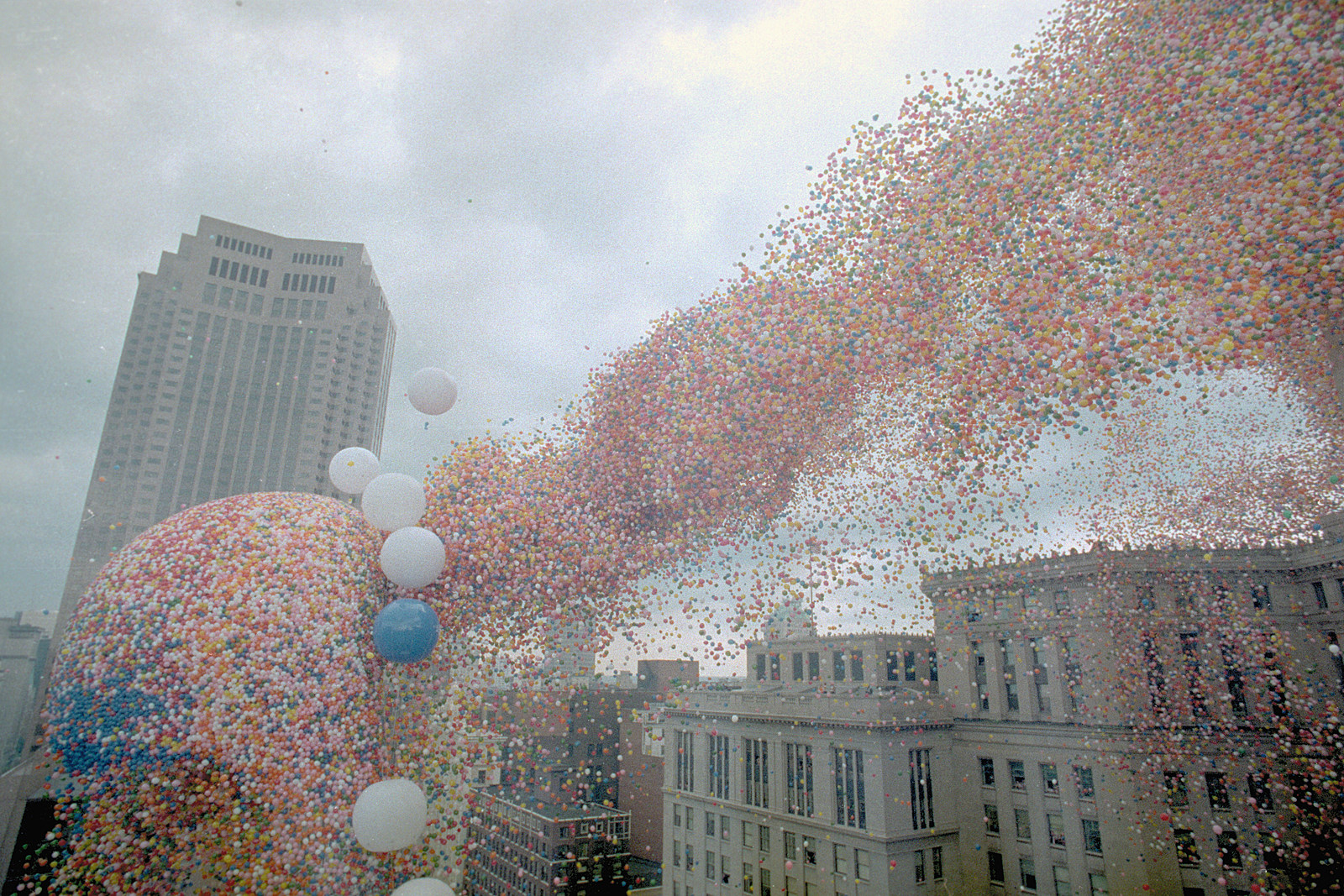 On Sept. 27, 1986, approximately 1.5 million balloons were released into the air above the city of Cleveland in an attempt to break a Guinness World Record. But what started as a fundraising stunt designed to benefit the United Way of Cleveland turned into a disaster.

At the time, the record for Biggest Simultaneous Balloon Launch was held by Disneyland, which had set its mark one year prior during the theme park’s 30th anniversary. The goals of Balloonfest were simple: raise funds for the local branch of the United Way and publicly paint Cleveland as one of America’s true up-and-coming cities.

“The guy from the United Way who dreamed this up had been in marketing at Proctor and Gamble and was trying to rebrand Cleveland as cool,” explained Tom Holowach, the project manager of Balloonfest ’86, in a 2014 chat with Gizmodo. “Cleveland had cleaned up tremendously and wanted to change their image.”

It took six months of planning to take the event from concept to reality. A large net structure the size of a city block was set up to contain the balloons. Located in Cleveland’s Public Square, the site was designed to attract the largest number of onlookers possible.

“A lot of technical research and research through the city permits, it’s endless. It’s absolutely astonishing to try to get something like this off,” explained Treb Heining, the man in charge of the balloon launch. “This is a prime example of what United Way is trying to do in terms of saying, ‘Cleveland, it’s your time.’ It’s time to say yes. It’s time to say it is a happening city. We are on the move. It’s no longer the butt of jokes.”

More than 2,500 volunteers – the majority of which were students – spent the morning of Sept. 27 filling balloons with helium. Local media swarmed around the area, interviewing organizers, participants and observers.

Watch a Documentary Short on Balloonfest ’86

With a storm moving in and threatening the event, officials decided to launch the balloons earlier than planned. At 1:50PM local time, the colorful inflatables were released into the air.

The spectacle was a sight to behold. The crowd cheered as the balloons plumed into the sky. Fans in attendance swelled with city pride, cheering Cleveland’s name. “There is no ‘mistake on the lake’ anymore,” declared a local radio DJ covering the event. “Cleveland has now broken the Guinness Book of World Records and released over one-million five-hundred-thousand balloons!”

It didn’t take long for Balloonfest to go from triumph to disaster.

Organizers expected the helium-filled balloons stay in the air until eventually deflating and falling back to Earth. However, a cold front combined with rain caused the balloons to descend while still inflated.

Watch Amateur Footage Taken After the Balloons Were Released

The sight distracted motorists, causing numerous car accidents in the surrounding Cleveland area. Streets and waterways were clogged with the decorations. The Burke Lakefront Airport was forced to shut down for half-an-hour due to balloons on their runaways. A mass of balloons landed on a pasture in Medina County, Ohio, spooking some Arabian horses located on the property and resulting in equine injuries.

Still, the saddest effect took place on the water of Lake Eerie. The day before the event, two men, Raymond Broderick and Bernard Sulzer, had gone out fishing. When they didn’t return, their families reported the men as missing. Authorities began searching the lake on Sept. 27, discovering their abandoned boat that morning. The Coast Guard’s attempts at finding the missing men became seriously impeded as balloons littered the lake.

“It’s like trying to find a needle in a haystack,” explained one of the authorities conducting the search. “You’re looking for more or less a head or an orange life jacket, and here you have a couple hundred thousand orange balloons. It’s just hard to decipher which is which.”

The Coast Guard suspended its search on Sept. 29, with the two men’s bodies washing ashore shortly thereafter. The wife of one of the fishermen would later sue the United Way of Cleveland and Balloonfest’s organizers for $3.2 million, later settling out of court for an undisclosed amount.

While Balloonfest ‘86 did achieve the title of Biggest Simultaneous Balloon Launch, it only appeared in the Guinness Book of World Records once, the 1988 print edition. The publication soon retired the category citing safety concerns.