How Def Leppard Settle Their Arguments 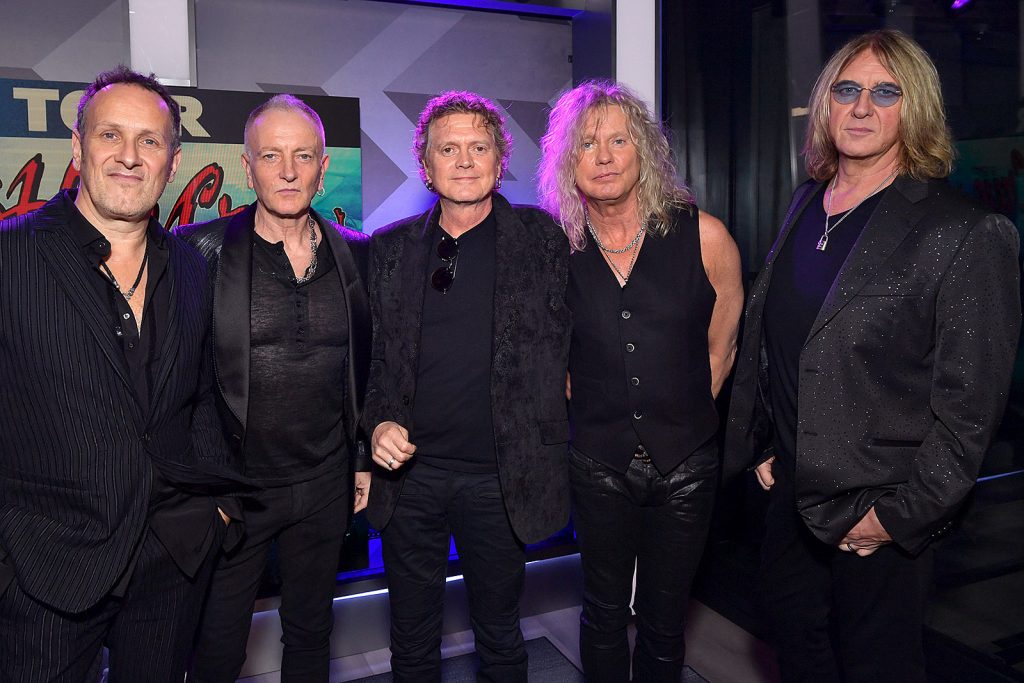 The members of Def Leppard revealed how they settle arguments over plans for the future, with guitarist Vivian Campbell revealing he’d been involved in moments of near-violence.

In a new interview with Classic Rock the five musicians looked back on 30 years of maintaining the same lineup, and 45 years since the group originally formed in Sheffield, England.

“There isn’t another band on the planet like this,” Campbell said. “And what it comes down to is a collective sensibility. My two big experiences prior to Def Leppard were with Dio and Whitesnake, and neither situation worked out well for me. Ronnie James Dio named the band Dio, which tells you all you need to know. And Whitesnake: has there ever been a band in the entire history of rock music that’s had as many musicians pass through the turnstiles?”

“In Def Leppard it’s different,” he continued. “Joe [Elliott] isn’t your typical ego-driven singer. There’s more humility to it. We’re all in service of the music. And we all look after each other to a certain extent.”

Despite the Def Leppard’s healthy dynamic, Campbell admitted things haven’ always gone smoothly. “I don’t mean to paint a false rosy picture. There’s been times when I’ve had an arm out in each direction stopping members of Def Leppard from fucking killing each other!” the guitarist confessed. “Shit does happen, you know? But we all see the big picture. Whatever the problem, we work it out. And you can’t be an asshole in this band. There’s no latitude for that at all.”

Drummer Rick Allen discussed the balancing act between vocalist Elliott and bassist Rick Savage, saying: “Joe is the driving force, the life and soul of the band. If you’ve got a microphone and big PA system, that’s licence to make a lot of noise. Sav, on the other hand, is really understated in many ways. Sav is really the thinker in the band.”

Savage himself agreed that the famous This is Spinal Tap line – about bassist Derek Smalls being the “lukewarm water” between the other members’ natures of fire and ice – was accurate. “Joe is so full of passion and will be very vocal; he’ll nail you to the wall,” he said. “And if somebody else, usually Phil [Collen], has a different view, they’ll hammer it out for half an hour. I’ll sit there listening to it, and when they’ve worn each other out I’ll go: ‘Right, chaps, this is what we’re gonna do…’ And everybody goes: ‘Okay!’”

Elliott said of Savage: “We used to call him ‘Mr. Splinterbottom’ because he’d always sit on the fence!” Joking aside, the singer noted that everybody in the band “has their say … but when it comes to leadership, I’m deemed the captain.” He added that it was in his nature to “do most of the interviews,” speculating it came from his upbringing as an only child. “I had to have imaginary conversations. And I won every argument, because teddy bears don’t talk back.”