How Duran Duran Found Disco-Pop Bliss With ‘Girls on Film’ 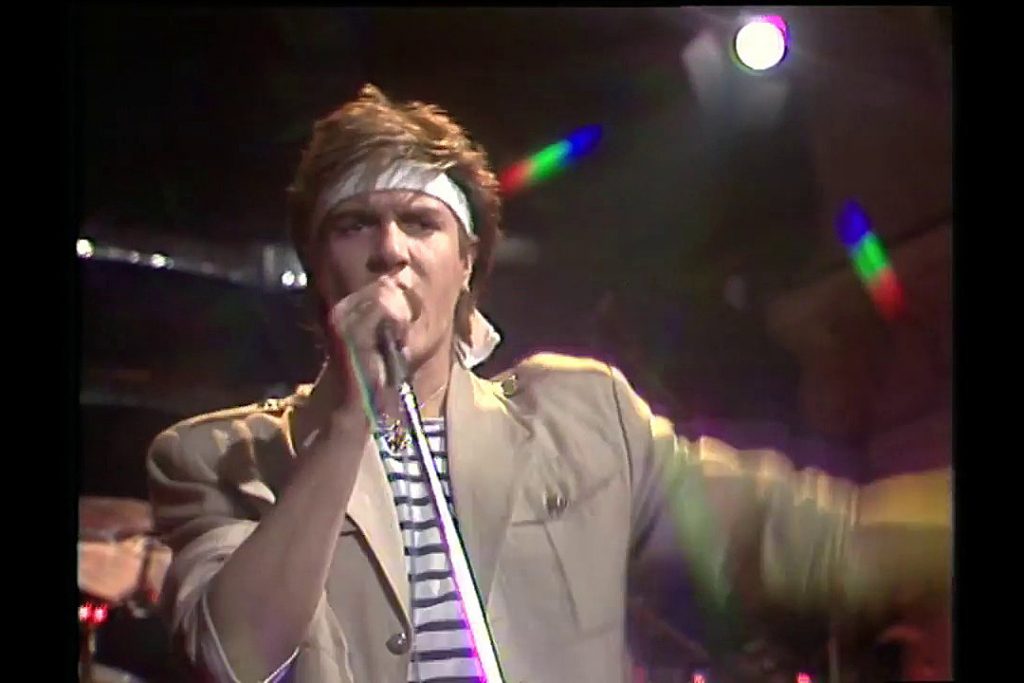 On July 13, 1981, Duran Duran released their third single, “Girls on Film.” The song arrived a month after the band’s self-titled debut LP, which was in the Top 10 the week “Girls on Film” landed in stores.

After Duran Duran’s previous single, “Careless Memories,” didn’t live up to its chart potential, “Girls on Film” was a welcome return to the poppy vibe of their debut hit, “Planet Earth.”

Singer Simon Le Bon sounds rakish as the narrator warning about the downsides of fame and modeling, his nonchalance masking some pointed critiques of an industry that values only surface beauty.

Duran Duran had been workshopping “Girls on Film” since the late ’70s, when Andy Wickett was still the band’s singer.

Although certain elements of the song were the same on a 1979 demo —the cascading synth line, the basic structure of the chorus — the lyrics were radically different and the music was more directly indebted to disco. The arrangement of the verses was also switched, as Wickett was more of a raw and freewheeling singer than Le Bon.

Even after the new singer joined the band, Duran Duran were still trying to find the right sound for “Girls on Film.” A slower July 1980 demo recorded at AIR Studios had familiar lyrics and a snapping camera, but was languid and heavily indebted to Roxy Music. Andy Taylor’s guitars were also higher in the mix, and Rhodes’ keyboards ranged from droning to glittering.

The version of the song heard on the debut album, Duran Duran, was the perfect balance of post-disco and futuristic pop.

“Girls on Film” would become the band’s biggest U.K. hit to date, peaking at No. 5 on the singles chart, and was their third top 40 single of the past six months.

This success matched the band’s own momentum and upward trajectory.

“We definitely had a sense that we were appealing to teenage girls by the time the album came out,” bassist John Taylor said in a 2021 interview. “One of the major changes that happened, between February and June of that year, was that we started getting a lot of press in the girls’ magazines. A lot of covers on magazines like Jackie and My Guy.”

By the time “Girls on Film” came out, that fervor was reaching fever pitch.

“We went back on the road in the summer, and suddenly, our audiences had changed enormously,” Taylor said. “On that first tour in earlier in the year, our audiences kind of looked like guys in the ‘Planet Earth’ video. Everybody looked like a New Romantic. By the time we went back out on the road and started doing sold out theaters, [it was] mostly screaming girls, so the album came out around about then. We knew there was an audience for it.”

In the U.S., the song performed well on the Billboard dance chart, thanks to the popularity of the risque video in clubs. In fact, “Girls on Film”/”Planet Earth” ended up finishing at No. 30 for the year overall on the dance chart. “Girls on Film” then had a U.S. resurgence in 1983, after the Rio single “Hungry Like the Wolf” became a hit and the band’s debut LP was repackaged and reissued. The video appeared in MTV rotation, and Duran Duran performed “Girls on Film” during their March 19, 1983, Saturday Night Live performance.

An extended “Night Version” of the song meant for dance clubs that featured additional lyrics would become a live staple, including on the 1984 Sing Blue Silver tour. At the March 21 Madison Square Garden date that year, Chic members Nile Rodgers and Tony Thompson joined Duran Duran for a performance of the song.

In the years since its peak popularity, “Girls on Film” has been covered dozens of times, including a version by Ratt singer Stephen Pearcy.