How Each Motley Crue Member Spent His Four-Year ‘Retirement’ 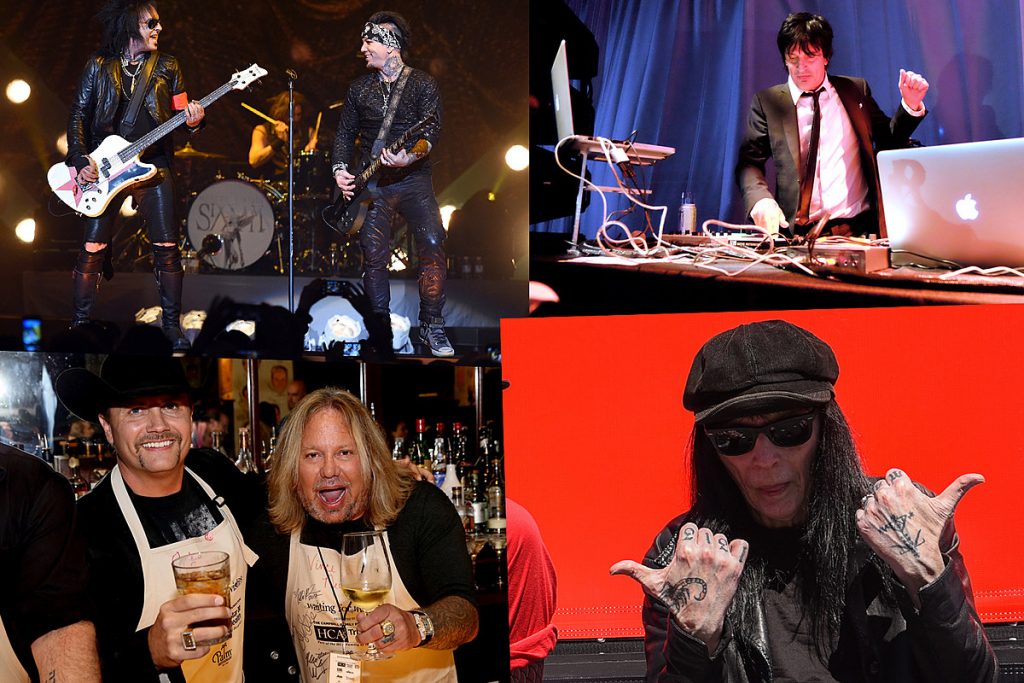 Rockers love to unveil their retirement plans in grandiose fashion and then renege on that promise.

A cynic might call that an effective, if annoying, promotional gimmick; a wide-eyed optimist might be excited the group decided to stick around after all. (Why complain about one of your favorite bands deciding not to throw in the towel?) Whatever their motivations, Motley Crue appeared comically serious about their 2014 curtain-call trek, even signing a “cessation of touring agreement” to end further speculation about their motives. (They subsequently terminated that document in the most Crue-ish way possible: blowing it up.)

But now — almost four years after their farewell show in Los Angeles — the quartet has reportedly changed course, lining up a 2020 stadium tour with Def Leppard and Poison.

By that point, the Crue will be nearly “Five Years Dead.” But they’ve all been busy on their own in the past half-decade — from handling legal issues and family disputes to, you know, creating actual music. With a potential farewell-sequel tour up ahead, let’s survey how everyone’s kept busy.

Even before the fake-out farewell, Tommy Lee had a productive 2014. The drummer collaborated with two alt-rock icons: joining Billy Corgan for the Smashing Pumpkins LP Monuments to an Elegy and powering Courtney Love’s single “You Know My Name.” His recording schedule has slowed down since then, though he did perform live with collaborator DJ Aero and guest on rapper Post Malone’s chart-topping 2018 LP, Beerbongs & Bentleys.

That same year, Lee made headlines for publicly feuding with his son. But he now appears to be refocused on music: In September, the musician announced plans to release a new solo album, his first since 2005’s Tommyland: The Ride, in early 2020. This past Valentine’s Day, Lee married social media celebrity Brittany Furlan.

During and soon after their tour, Mick Mars appeared to be working on a collaborative project with former Crue singer John Corabi — and the prospect of a full album seemed solid, given the duo shared an in-studio photo and audio. But the project seemed to fizzle out circa 2016, when Corabi told interviewer Eddie Trunk that busy schedules and Crue politics got in their way.

The singer said he recorded vocals for two Mars songs, “Gimme Blood” and “Shake the Cage.” But only snippets of the material appeared online, and Mars noted that the collaboration “went away.” Still, the guitarist has kept busy: He recently joined Five Finger Death Punch frontman Ivan Moody and Travis Tritt on country singer Cory Marks’ track “Outlaws & Singers,” and he’s continued to whittle away at his first solo LP.

In March, Mars enthused that his upcoming album will be “harder than” the Crue, noting that he’s still early in the recording process. “I have drum tracks laid down, some bass tracks,” he said. “My guitar tracks all scratch tracks. No singers yet. I’m searching.”

Nikki Sixx‘s schedule is absurd. Since the tour, the bassist has juggled an exhausting number of projects: His band Sixx AM released their back-to-back albums, Prayers for the Damned Vol. 1 and Prayers for the blessed Vol. 2, in 2016, before entering a hiatus the following year; he continued his two-hour radio show, The Side Show With Nikki Sixx, before stepping down in late 2017; that year, he released the 10th-anniversary edition of his autobiography The Heroin Diaries (which he then adapted into an upcoming Broadway musical), and he later took his first-ever photo exhibition, “Conversations With Angels,” on a world tour.

In the non-musical column, Sixx feuded with other musicians, blasted the Rock and Roll Hall of Fame and somehow made time to recover from shoulder surgery.

Even though he professed to be working on new music in a January 2016 interview, Vince Neil hasn’t released a solo album since 2010’s Tattoos & Tequila. In addition to regular charity work, he has continued to tour on a regular basis every year, with set lists drawn almost entirely from his days in Motley Crue. (One gig he couldn’t secure: a previously teased slot at Donald Trump’s presidential inauguration, to which he was reportedly uninvited.)

In hindsight, it probably wasn’t the greatest plan to name their 2018 tour documentary Motley Crue: The End. Ironically, even outside of the possible 2020 trek, the group has remained a headline fixture in recent years, starting with The Dirt, a film adaptation of the sex-and-drugs-filled band autobiography of the same name. The movie, directed by Jackass veteran Jeff Tremaine, earned mixed critical reviews, even if it appeared to revive the musicians’ friendships. They even wound up recording four new songs, including a cover of Madonna’s “Like a Virgin,” for the soundtrack.

Since ending the tour, the Crüe held firm to their promise of ending their live run, denying the possibility in various interviews. But renewed interest in the band following The Dirt seemed to spark a flame — as of press time, nearly 15,000 fans have signed a Change.org petition aiming to “solidify” the reunion. The band then stirred the pot, calling the petition “interesting,” and they’ve since confirmed their plans to reunite, contract be damned. The people have spoken.