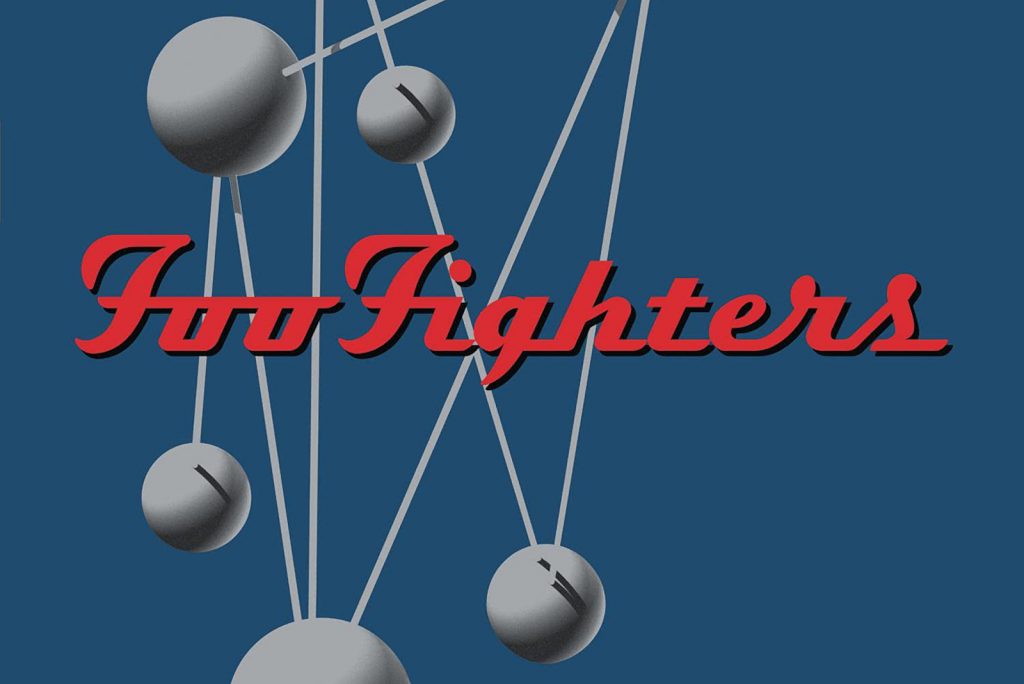 On May 20, 1997, Foo Fighters released The Colour and the Shape, an album that would establish them as a real band, rather than just Dave Grohl‘s pet solo project.

Getting to that point was a process. The Colour and the Shape first started coming together in the fall of 1996. The band – made up of Grohl, guitarist Pat Smear, bassist Nate Mendel and drummer William Goldsmith – began fleshing out song ideas it had practiced during sound checks on their previous tour. Gil Norton, best known for his work with Pixies, was enlisted to produce.

“He’s a fuckin’ whip-cracker,” Grohl noted of the producer. “He did not like to mess around at all. It was frustrating and it was hard and it was long, but at the end of the day you listened back at what you’d done and you understood why you had to do it 5 million times.”

Foo Fighters’ first album, 1995’s self-titled LP, was recorded by Grohl in just five days. He played every instrument on the album (save for a guest appearance by Afghan Whigs’ Greg Dulli) and never anticipated it to attract much attention. However, Foo Fighters became a success and the pressure was on for a sophomore record.

Initial recording sessions took place at Bear Creek Studios in Woodinville, Wash., where the band stayed in a nearby cabin. Despite working on several songs there, Grohl was disappointed with the results. “It was an expensive place. We were really under the gun, there was a lot of pressure to produce and have the album out soon,” Grohl recalled to Kerrang! “It was just a bad experience. Maybe we went in too soon.”

“I was fucking terrible,” Mendel admitted of his shortcomings in the documentary Foo Fighters: Back and Forth. “And William was having his own challenges.”

“Gil called Nate and I the rhythm-less section,” Goldsmith admitted. “So that was encouraging.”

After a break for the holidays, Foo Fighters regrouped at Grandmaster Recorders in Hollywood to rerecord the songs they’d worked on at Bear Creek. However, they were one man short. Goldsmith, who had joined the band in 1994, was still in Seattle.

“William is still up in Seattle, so he doesn’t know what’s going on,” Mendel recalled. “He doesn’t know that this [rerecording] is happening. And I’m stressing pretty hard because that’s gonna be a big problem.”

Goldsmith soon quit the band. In the press, Grohl gave standard rock-cliche reasons. “William decided he didn’t want to go on tour, and he wanted to play with different people,” the frontman insisted. “There’s no serious animosity, but it sucks. We became a family on the road, and William is the kind of person you kind of love very quickly.” Behind the scenes, however, it was clear that Goldsmith was unable to live up to Grohl’s high standards while working on the new material. The Foo Fighters leader rerecorded every drum part that had been laid down during the initial sessions in Washington, though Goldsmith received credit for his contributions to two tracks.

Lyrically, Norton challenged Grohl to get personal on the new songs, a departure from the purposely vague ones he’d written on the debut album.

“Last time the lyrics were obscure for a good reason,” he explained to Melody Maker. “They were nonsense. A few songs meant a lot, but for the most part, I just needed a vocal track. In no way do I consider myself a clever lyricist, or even a lyricist. I can’t even write fucking postcards. How am I going to write songs that really grab someone?”

At Norton’s insistence, Grohl mined his personal life for lyrical inspiration. The frontman’s divorce from his wife would influence tracks like “Doll,” “Monkey Wrench” and “February Stars.” “Everlong” was inspired by Grohl’s new flame, Veruca Salt singer Louise Post, while “Hey, Johnny Park!” developed out of Grohl’s attempts to reconnect with an old childhood friend. He even allowed himself to think about Kurt Cobain when penning the tracks: The late Nirvana leader became part of the inspiration for “My Hero.”

Watch the Video for Foo Fighters’ ‘My Hero’

“A lot has happened, and it’s made its way into the songs,” Grohl admitted to Alternative Press. “I know it sounds cliched. Sometimes, in the face of crisis, I feel fortunate to be able to feel these emotions.”

Still, if there was one overarching element that set The Colour and the Shape apart from its predecessor, it was that the album showcased Foo Fighters as a fully formed band. Even while Grohl was the group’s undisputed leader, Mendel and Smear contributed heavily to the song’s compositions.

“I know that everyone else is way more enthusiastic because the whole band has put something of themselves into the new songs,” Grohl admitted before the album’s release. “Everybody has their own two cents thrown into this one.”

The Colour and the Shape arrived on May 20, 1997, and peaked at No. 10 on the Billboard 200, and all three singles – “Monkey Wrench,” “Everlong” and “My Hero” – reached the alternative chart’s Top 10. The album sold more than 2 million copies and was nominated for a Grammy award, but lost Best Rock Album to John Fogerty’s Blue Moon Swamp.

Still, decades after its release, The Colour and the Shape remains one of Foo Fighters’ most popular albums and represents an important evolution in the band’s history.

“We’ve made a record I consider such a move forward for the band,” Grohl said at the time, noting The Colour and the Shape as Foo Fighters’ true debut as a band. “For a first album, it is pretty fucking good.”