How Ginger Baker Gatecrashed His Way Into Blind Faith 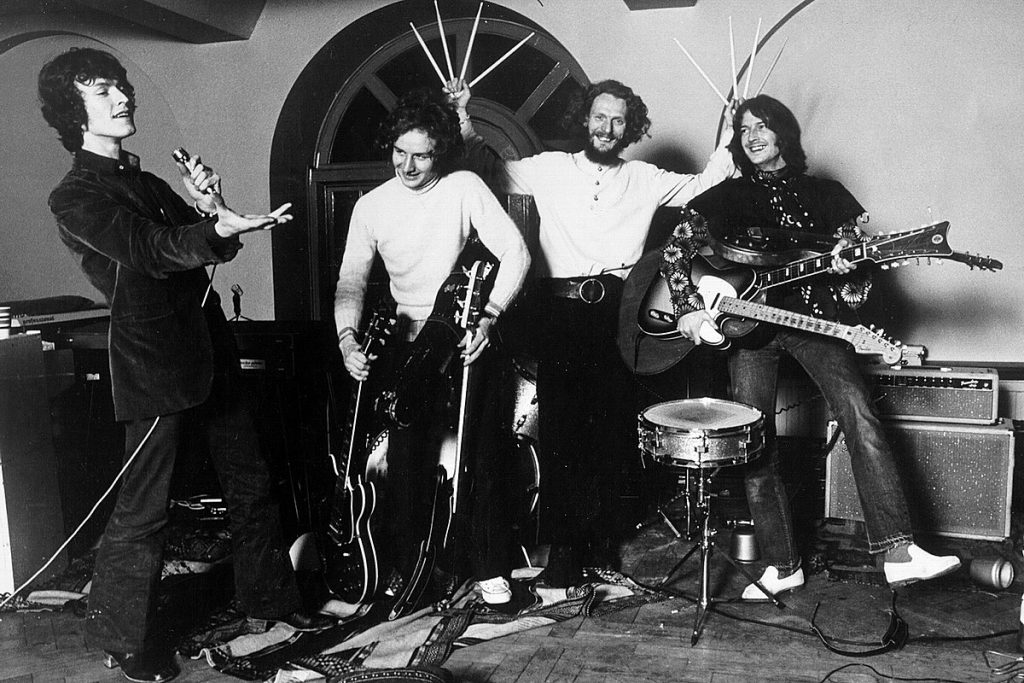 When Eric Clapton and Steve Winwood started working on a project to follow their respective bands Cream and Traffic, Slowhand’s former colleague Ginger Baker wasn’t part of their plans.

That didn’t suit Baker’s own feelings on the matter, and when he discovered the pair was working together in early 1969, he was determined to be part of it. The result: Blind Faith were almost doomed before they got going.

The notoriously confrontational drummer read about Clapton and Winwood’s activities in NME. The musicians’ newspaper went on to report that the pair was throwing ideas around in Winwood’s country cottage, and that no other band members had been confirmed. That was enough for Baker to drive to the house, get behind Traffic drummer Jim Capaldi’s drum kit and start playing.

“Musically, Stevie and I got along wonderfully,” Baker recalled later. “He was one of the greatest musicians I’ve ever worked with. What I didn’t know then was that Eric would probably rather have worked with Jim Capaldi. It’s a curious thing with me and Eric: I regard him as the nearest thing I’ve got to a brother, but we always found it difficult to talk about personal things.”

“Steve and I were at the cottage smoking joints and jamming when we were surprised by a knock at the door,” Clapton wrote in his memoir. “It was Ginger. Somehow he had gotten wind of what we were doing and had tracked us down. Ginger’s appearance frightened me because I felt that all of a sudden we were a band, and with that would come the whole [manager Robert] Stigwood machine and the hype that had surrounded Cream.”

“I had to convince Eric to let Ginger join,” Winwood told Mojo later. “We’d played together before and he was someone I really respected as a drummer and enjoyed working with. It wasn’t until later that I realized how much Cream had been built round the interaction of Ginger and Eric. I knew Ginger did serious drugs but I didn’t realize how destructive that could be, because I’d never encountered it before.”

Listen to Blind Faith’s ‘Had to Cry Today’

Regardless, Baker’s arrival cemented the band’s direction, and with bassist Ric Grech of the band Family they got to work. The name “Blind Faith” was Clapton’s suggestion – possibly a hint at his mindset. One early session with producer Chris Blackwell provided a clue as to how things might go.

After a bad start, the Moody Blues’ Denny Lane turned up. “We all started playing along with him, and he completely lifted the mood,” recalled Baker. “We did a fantastic jam that day but Blackwell didn’t bother to record it. I blew up at him, and Jimmy Miller took over the next day.”

The blowing up was recalled as something more significant by an eyewitness, DJ Jeff Dexter, who said, “If the tape op who forgot to switch the machine on had walked into the studio, Baker would have torn him limb from limb. After about five minutes there were girls crying and people were leaving the studio to get away from him. It was as if the room was reverberating with it.”

Blind Faith’s self-titled debut album, which would also be their only release, was well-received but accompanied by controversy over its cover. When the group set out on tour, things very quickly took a turn for the worse.

By the time they arrived in the U.S., Winwood recalled, “I had begun to realize what a problem Ginger was, and I saw why Eric had been against having him in the group.” On top of the personal issues, the identities of the previous bands proved too overwhelming. “Ginger did a drum solo and they thought it was Cream, so we chucked in an old Cream song,” Winwood said. “Then I put in a Traffic song, and the identity of the band was killed stone dead. If you have 20,000 people out there, and you know you only have to play one song for them to be on their feet, you do it. We were only human.”

Both he and Clapton had decided it was over before their return to the U.K., and they split without even discussing it. Clapton argued that he had “left the Yardbirds because of success, and Cream ended as a direct result of its false success, or what appeared to me to be a hypocritical form of success. So with Blind Faith, I wanted no more to do with success. I wanted to be accepted as a musician.”

The following year, Baker – who was 31 at the time – said he regretted the fact that he and his old colleague couldn’t communicate better. “He never explained, for example, that he wanted it all to be a much more low-key affair than Cream had been,” the drummer reflected.

“I’ve always had an ego about my playing, but I’ve never been a selfish person,” he stated. “I’ve always believed in co-op bands and worked on that scene for years. But I’m afraid it doesn’t work. People’s personalities always get in the way. Cream was successful, as I knew it would be. Blind Faith was simply a logical progression from that.”

He said he’d felt “bitter” about the band’s collapse and so “shattered” from the tour that he needed two months of rest. “I’m not a very sociable person any more,” he revealed. “I was at one time – when I was a young and green lad. I always trusted and thought good of everyone. It took a few years and a few unhappy experiences to learn that really it’s better to only trust yourself and not other human beings.”

Baker added at the time that he was expecting to retire from drumming within five years. “I’ll have nothing left to give physically after that,” he explained. “I use both feet the way I play and to be honest it’s shattering. After 35 or so I won’t he able to keep it up, even if I want to.” He predicted he would then head to a remote Scottish island with his family and pursue non-musical artistic projects.