How Heart Finally Made a Hit Out of ‘Alone’ 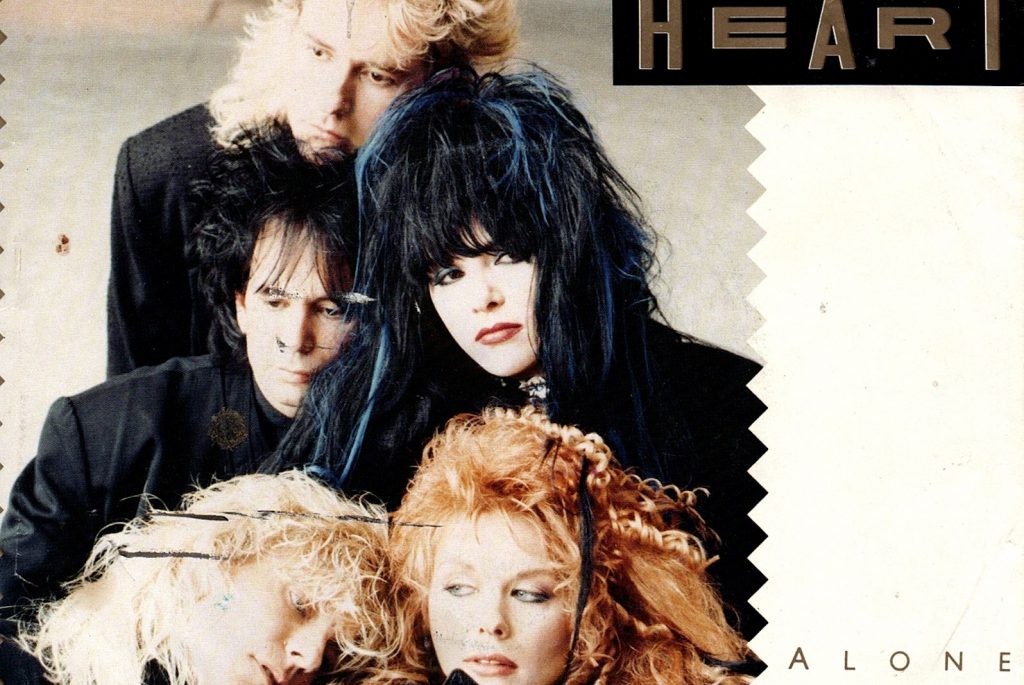 The third time was the charm for Billy Steinberg and Tom Kelly’s “Alone” in 1987 — thanks to Heart.

The power ballad made its debut on Taking the Cold Look, an album Steinberg and Kelly released in 1983 under the moniker i-Ten (produced by Keith Olsen and Toto‘s Steve Lukather) that flew well below the radar. A year later, actors John Stamos and Valerie Stevenson performed the song during the sixth episode of their one-season CBS sitcom Dreams; the duet appeared on a subsequent soundtrack released at the end of the year, also without a great deal of success.

Two strikes — but “Alone” wasn’t out yet.

While not popular as recording artists, Steinberg and Kelly began to hit gold with their songwriting. Their parade of chart-toppers started with Madonna‘s 1984 single “Like a Virgin”; they also racked up hits for Cyndi Lauper (“True Colors”), the Bangles (“Eternal Flame”) and Whitney Houston (“So Emotional”), among many others. “Alone,” meanwhile, was a tune the duo felt hadn’t gotten its due in its previous incarnations.

“I wasn’t really happy with the way [Taking a Cold Look] turned out, but it did have some good songs on it,” Steinberg told Songfacts. “The most prominent song on it was ‘Alone.’ Tom and I … just sort of set it aside when that [album] didn’t succeed. … I just put those songs in a drawer and forgot about them, but then Tom and I were having a good deal of success with ‘Like a Virgin’ and ‘True Colors,’ and then we heard that Heart was looking for a power ballad and Tom said, ‘What about ‘Alone’?’ I winced and said, ‘Oh, I don’t really want to look at that song.’ He said, ‘What do you mean? That’s perfect.'”

Steinberg and Kelly tweaked their original version of “Alone’s” first line, changing it from “I always fared well on my own” to “‘Til now, I always got by on my own.” “And Tom changed the melody and gave it much more movement and almost a slightly R&B feel,” Steinberg recalled. “That really lifted the chorus, and then all of a sudden I Iiked the song again. We made a new demo of the song very quickly and presented it to Ron Nevison, who was producing Heart at that time. He loved it and they cut it.”

Heart was chafing at the idea of including so many songs by outside writers on their albums, which began with the multiplatinum comeback of 1985’s Heart. The trend continued on 1987’s Bad Animals, which included a track from Dianne Warren and another Kelly-Steinberg contribution, “I Want You So Bad.”

“Those songs that were written by sort of an L.A. pool of songwriters, just to shop around to everybody, and Heart was given them, and we did them and had success with them, but they don’t really stand the test of time,” the group’s Ann Wilson told UCR in 2022. “There’s not much substance there. They could’ve been for anybody. The ones that work best and really light up for Heart have been the ones that we wrote ourselves.”

Then again, not just anybody has a No. 1 hit, which is what “Alone” became in July 1987. It was the group’s second chart-topper, following “These Dreams” a year earlier, and only their third Top 5 hit on the Billboard Hot 100. It wound up at No. 2 on the year-end Top Pop Singles chart for 1987 and was also No. 1 in Canada; “Alone” also became Heart’s only Top 5 single in the U.K.

Its “Romeo & Juliet”-styled video, directed by Marty Callner, was an MTV and VH1 favorite as well. And “Alone” helped propel Bad Animals to triple-platinum sales and No. 2 on the Billboard 200.

Looking back, Wilson has softened her attitude toward “Alone.” “There were a few of the ones, like ‘These Dreams’ and ‘Alone,’ ‘What About Love?,’ that were written by other people but the magic happened,” she acknowledged. “There was a marriage that happened. That doesn’t happen very often with outside material, but when it does it’s great.”

Heart’s version turned “Alone” into a kind of modern pop standard. It was part of Carrie Underwood‘s repertoire during her winning American Idol run in 2004, while Celine Dion covered it on her Taking Chances album in 2007. Kelly and Steinberg continued to pen more hits for the likes of Lauper, the Pretenders, Divinyls, Cheap Trick, Pat Benatar, Tina Turner, Bette Midler, Belinda Carlisle and REO Speedwagon. After Kelly retired in the ’90s, Steinberg continued, frequently writing with Rick Nowels and landing songs with Dion, Demi Lovato, Ashley Tisdale, t.A.T.u. and others.

This list of Heart Albums, Ranked Worst To Best, wasn’t an easy one to compile, because unlike many long-running groups, the band has never made a bad record.