How Jane’s Addiction Held Their Ground on Self-Titled Debut 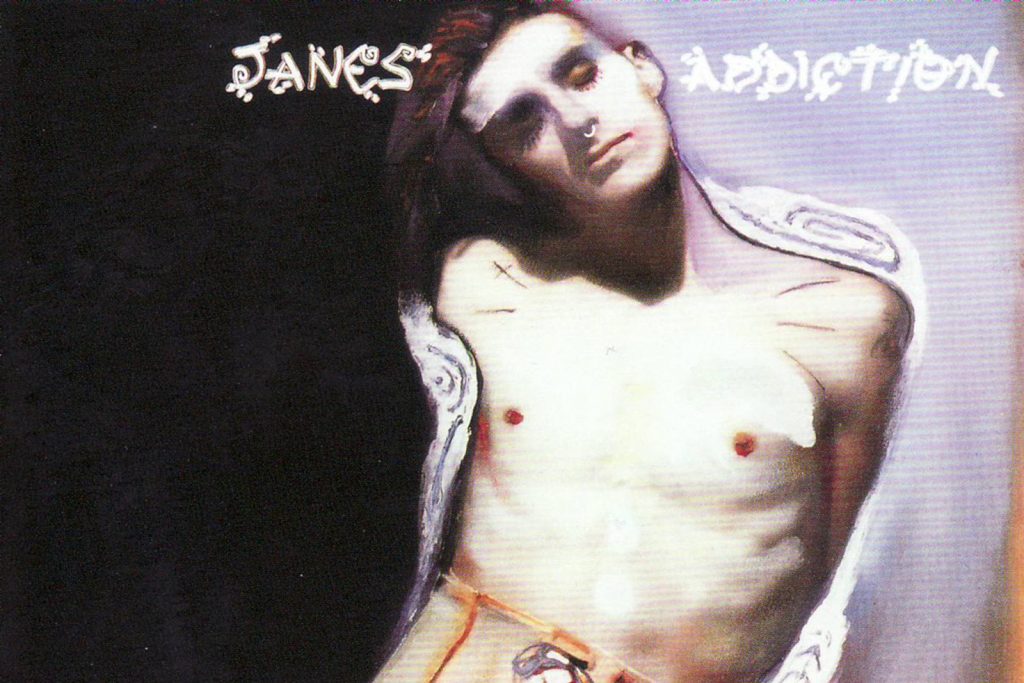 Jane’s Addiction began their ascent to alt-rock glory with the May 15, 1987 release of their self-titled debut.

The LP was recorded roughly four months prior during a performance at the Roxy Theatre. Formed in 1985, Jane’s Addiction had become the hottest band in the L.A. music scene. Their live shows were events, with hundreds of music fans cramming into small clubs to get a glimpse of the next generation’s Led Zeppelin – a band Jane’s was regularly compared to in the early years.

Indie imprint Triple X signed the band to their first deal. The agreement was unique in two ways: Triple X also served as the group’s management, and Jane’s Addiction only agreed to release one album with the label.

“We wanted to do a three-record deal with Jane’s at first,” Triple X co-founder Dean Naleway later admitted to Spin. “They were unknown, we had a little bit of clout but [frontman] Perry [Farrell] had his eye on the big picture. He knew that three records for us was too much. He really wanted to get his show on the road.”

Farrell always believed Jane’s Addiction was destined for artistic greatness, if not commercial success. He’d helped create a sound with guitarist Dave Navarro, bassist Eric Avery and drummer Stephen Perkins that was unlike another other band at the time. It didn’t take long for major labels to get wind of the surrounding hype. Some of rock’s heaviest hitters were in the crowd that night when the band took the Roxy’s stage.

Jane’s Addiction started with an acoustic set, delivering a mix of original songs like the future college-radio hit “Jane Says,” as well as covers of the Velvet Underground’s “Rock n Roll” and the Rolling Stones’ “Sympathy for the Devil.” The energy ratcheted up a notch when the group switched to their electric set, tearing through such tunes as “Trip Away,” “Whores” and “Pigs in Zen.”

“Anthony [Kiedis] and I were watching [the show at the Roxy], and it was just so mesmerizing and powerful,” musician Bob Forrest later recalled. “It was everything that everybody who had bands hoped to accomplish. It gives me chills still, how great they were.”

Wearing mascara and a woman’s corset, Farrell owned the stage. Still, the entire time he was continually aware of the music industry suits littered throughout the crowd.

“I behaved like a prick and cussed out the entire record industry in the audience,” Farrell told Spin. “I was telling everybody they needed to lose weight. I was like, ‘Fuck you all – you can all kiss our ass.’ It was typical overwrought histrionics, but we made sure to put on a great show because it was being recorded.”

Listen to ‘Trip Away’ From ‘Jane’s Addiction’

At one point, Farrell also blurted out, “Fuck all you guys, we’re recording our own record!” This declaration would come true when Jane’s Addiction arrived on May 15, 1987.

The self-titled album was raw, loud and unapologetic. Its 10 tracks captured much of what made their concert experience so provocative. Still, Jane’s Addiction wasn’t entirely a live effort. The band recorded overdubs for several songs after the show, even adding in audience sounds recorded at a Los Lobos concert.

Jane’s Addiction would become something of an underground sensation, but not everyone was impressed. A contemporary review in BAM magazine, for instance, argued that Farrell “sings like a strangulated cat, with little shading or depth.”

The Roxy performance also helped Jane’s Addiction land a major-label contract with Warner Bros., who issued their first proper studio album in 1988 – but Farrell continued to complain about the experience. “I hated it,” he later told Rolling Stone. “All of a sudden I’m to be judged by fuckers who don’t understand [the band] to begin with. I felt like a zoo animal.”

Nothing’s Shocking included new versions of two songs featured on their self-titled debut, “Pigs in Zen” and the radio version of “Jane Says.” The LP sold more than a million copies, helping Jane’s Addiction reach a national audience in a climb that began on a famed West Hollywood stage.