How Joe Satriani Rejected All Sense of Comfort on ‘Shapeshifting’ 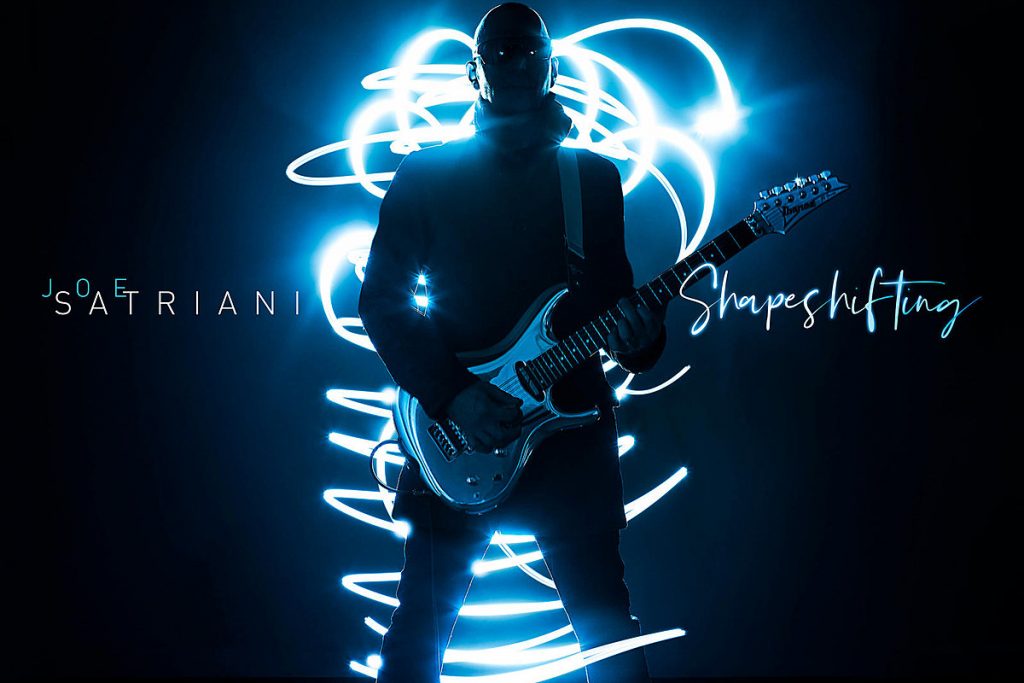 “I started to think that that sounds like 15 different guitar players,” he says of his new album. “I know it’s the same guy, because it’s me, but it sounds like I’m really moving into an area where each melody requires me to almost be somebody else.”

Not that he’s expecting fans to be fooled. “I’m well aware that you just can’t help but sound like yourself, we all know that anyway,” he tells UCR. “All of my heroes are always identifiable to me from the first note. But from the artist side of it, it’s a wide world that we’re in, and we’re always trying to express ourselves in new ways. Sometimes we have to create these parameters that kick us in the ass to move into some new territory. It’s not always as recognizable or palpable to the fan, but it’s a source of inspiration to us, to the artist doing it. It’s just like somebody putting on a mask and finally being able to act. But you take off the mask and they’re too embarrassed to jump around and act like a fool.”

Working with co-producer Jim Scott, bassist Chris Chaney, keyboardist Eric Caudieux and drummer Kenny Aronoff, who was briefly a touring member of the Sammy Hagar-fronted group Chickenfoot, which also includes Satriani. The guitarist set out to push himself into new worlds with each track. Lead single “Nineteen Eighty” is an unabashed love letter to a golden age of guitar heroes, while “Ali Farka, Dick Dale, an Alien and Me” envisions a late-night jam among the African music legend, the surf-rock pioneer and an out-of-this-world collaborator.

“Everyone brought their A game and gave me everything they had, which was so great – I couldn’t have done it without them,” Satriani says. “I think when an artist decides they want to really step out of their comfort zone and try something that they’ve never tried before, that’s where interesting things happen. That process is almost more important than the end result, because the process is what keeps the artist alive.”

He pushes himself especially far on the gentle acoustic album closer “Yesterday’s Yesterday,” even exposing his own weaknesses as a whistler. “Asking people to play on that was pretty funny, because they’d look at me and they’d hear the music, and they’d go … ‘Really?'” he recalls. “That’s Jim Scott and Eric whistling – you hear them, like, 90 percent. I’m actually there whistling, but I must say I have the lightest whistle ever. The more I tried to whistle, the quieter I got. I’ve found that once I really start to think about something, like when I was doing background vocals on the Chickenfoot records, I get really self-conscious about it, because Sammy Hagar is standing next to you and sounds like a freight train coming at you, and I sound like a Mini Cooper.”

Even though he’s repeatedly expressed gratitude for the boost his career got when Mick Jagger selected him as guitarist for his first solo tour in 1988, and later enjoyed a brief stint in Deep Purple, Satriani is determined to plot his own course. “The reason why I keep changing is really to keep the passion moving forward,” he explains. “I don’t mind trying … and failing. Of course, I want to succeed, but you don’t always hit it right on the head. I guess I’m not that kind of a player where I’m comfortable repeating or playing somebody else’s stuff over and over again. It just doesn’t appeal to me, I don’t think I could live longer than a couple of months out on tour if I was just playing material by other people over and over again. Or having to reflect other people’s licks for legitimacy. There are lots of gigs out there, and there are players out there who do that, and thank God they do – they keep history alive and everything. But there are other musicians, some of them my closest friends, who just can’t help it. We have to keep moving forward and playing new stuff. That’s just who we are.”

He’s also long freed himself from any concern over how his work will be received. “I was so excited about the idea of musically shape-shifting for every song,” he says. “I’ve learned over the years when you can be passionate about a theme, music, melody or whatever, you just go into it 100 percent and don’t worry about what people might think. You can worry about that later, after its released.”

Given how the coronavirus pandemic has all but closed down the entertainment industry, Satriani is just happy to get the record out into the world. “I’m so grateful that we were able to do it when we did it,” he notes. “We were all pretty innocent, we didn’t know what was coming. We were making it when this crisis was just beginning to get started. But everybody made the record, we all traveled, we finished it. This is beyond catastrophic for all the people who work in the business, from the parking-lot attendants to the ticket takers and everybody else. It’s going to take a lot of work, but we’re all in it together, and we’ll get through it.”

Still, Satriani is optimistic about how Shapeshifting will fare in this unusual climate, even though he was forced, like everybody else, to postpone his upcoming concert tour. “Every time you release a record, you hope that nobody else releases a record on the same day, but of course they do,” he says. “And you hope there isn’t some some calamity that foreshadows it, or a controversy in the entertainment world, and suddenly everybody’s talking about that instead of your album. That’s inevitable.”

He’s also been through something similar before. “Surfing With the Alien came out on Oct. 15, 1987,” he remembers. “Then, about three or four days later, the stock market crashed like it hadn’t since 1929. I just got to thinking, ‘Well, I guess I’ll just go back to my apartment and forget about the album.’ It took months, but all of a sudden in January, it just began going up the charts. I don’t know how things like that survive, but back to my parents’ generation and everything they went through. This is just part of life – this is really horrible, and it’s horrible when you think about how some people are suffering the absolute worst, the toll that’s being taken is the worst that can befall anybody. Economically, it’s just one big mess, but it’s not helped by people wilting and receding. As a matter of fact, this is the time when you step up. You wash your hands, you shelter in place, but you don’t hold back. People still want to listen to music.

“The good thing about the internet is that we can distribute the album without actually being next to each other,” he concludes. “I’m going to laugh and smile whenever I can to lift people’s moods up. The album is not a bummer kind of an album. If anything, it’s an uplifting album, so maybe it’s what should be released nowadays.”