How Journey Helped Bryan Adams Reach No.1 With ‘Heaven’ 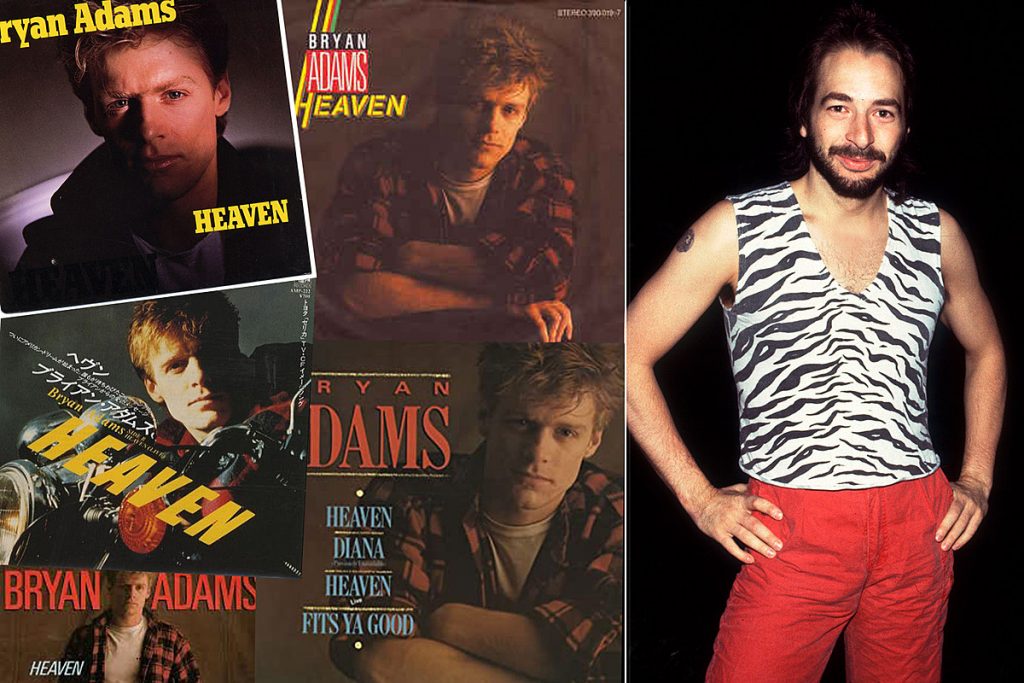 In 1983, Bryan Adams spent a lot of evenings on tour cooling down after his shows by watching the headline band Journey in action. During Adams’ sets, Journey’s drummer, Steve Smith, would spend time under the stage, warming up by playing along.

The pair become friends, but that wasn’t all Adams took away from Journey’s Frontiers tour. Inspired by their hit “Faithfully,” he started work on a song of his own that followed a similar creative direction. When the time came to record the track, “Heaven,” it provided a surprise opportunity for Smith to reconnect with Adams.

“There were times when we hung on one of the band buses and watched people walking through the parking lot and coming into the arenas,” Smith tells UCR. “Which made for some incredible people-watching!” I like to warm up before I get onstage … Most nights I would play along to Bryan’s entire set underneath the stage. I had a practice pad and a drum throne. … I would jam along to get myself ready to play with Journey. It was a fun way to warm up.”

Co-writer Jim Vallance recalled how he and Adams came up with “Heaven,” explaining on his website that “in 1983, our publisher asked me and Bryan to write a song for the film A Night in Heaven, starring Lesley Ann Warren and Christopher Atkins. The film flopped, and the box office, and the soundtrack album, which included our song ‘Heaven,’ suffered a similar fate. … So, for all intents and purposes, ‘Heaven’ was untainted … a new, unheard song.”

The track was recorded at the Power Station in New York in June 1983, “but the session didn’t go smoothly,” Vallance remembered. Drummer Mickey Curry earlier told Adams that he was already booked for a Hall & Oates recording at the time. Because Adams’ session ran overtime, Curry “had no choice but to walk out,” Vallance said. Responding quickly, the singer placed a call to Smith.

“I was in my hotel room in New York City, and I got a call from Bryan,” the drummer says. “We were on the 1983 tour and it was a day off. Bryan asked me if I’d come down to the Power Station studio to record a song with him that he was working on for a movie soundtrack. I was excited to play on one of his songs, plus I wanted to experience the Power Station and work with his producer, Bob Clearmountain.”

Regardless of how things were going for anyone else, Smith found the session smooth and simple. “By the time I got there, the band knew the song, and I took some time to listen to the track, learn the form and then we started to record,” he explains. “I had developed some ballad chops playing with Journey, and I was able to easily adapt my concept. … Bryan and Bob wanted the big toms fills and wide beat that I had used on Journey songs like ‘Open Arms’ and ‘Faithfully.’”

Using Clearmountain’s drum kit meant Smith “didn’t have to do anything as far as setup or tuning, just sit down and play. … After I came up with my approach, we got the song fairly quickly, if I remember correctly. Once we did get the track, they wanted me to play some more fills that they could possibly use, and I’m pretty sure one of those fills ended up on the fade near the end of the song.”

With the movie quickly forgotten, Adams could do what he liked with the song – but Vallance remembered his colleague thinking it was a poor fit for Reckless, the album Adams was working on at the time. “I’m not sure who changed Bryan’s mind,” Vallance said. “But at the last minute Bryan added ‘Heaven’ to the track list. Excellent decision! The song became the album’s flagship single, reaching the top of the U.S. and Canadian charts in the summer of 1985 – as did the album.”

“Heaven” was released as a single on April 9, 1985, while Adams was touring the U.S. “We kept in touch by telephone, our excitement growing as the song climbed the charts, rising through the the 50s and 40s (in April), the 30s and 20s (in May) and finally entering the Top 10 in June 1985,” Vallance said. “‘If the song reaches No.1,’ I told Bryan on the phone, ‘I’ll fly to wherever you are so we can celebrate.’ Two weeks later I was on a flight to Cincinnati.”

It was Adams’ first – and Smith’s only – visit to the top spot on the singles chart. “I’m very pleased that I had the chance to play on ‘Heaven,’” the drummer says. “It’s a fantastic song with a powerhouse vocal, and I feel good that I got to make my own contribution. … As big as the some of the Journey hits were, we never had a No.1. Bryan sent me a platinum album, which I still treasure.”

Speaking in 2019, Adams said he never doubted “Heaven” would appear on Reckless and has disassociated its connection to A Night in Heaven – “the film was so awful,” he noted. “I knew it was a good song, but you don’t think of songs being standards when you write them. I waited a year and put it on the Reckless album and released it as a single two years after it had been written.”