How Judas Priest Broke Through With ‘Screaming for Vengeance’ 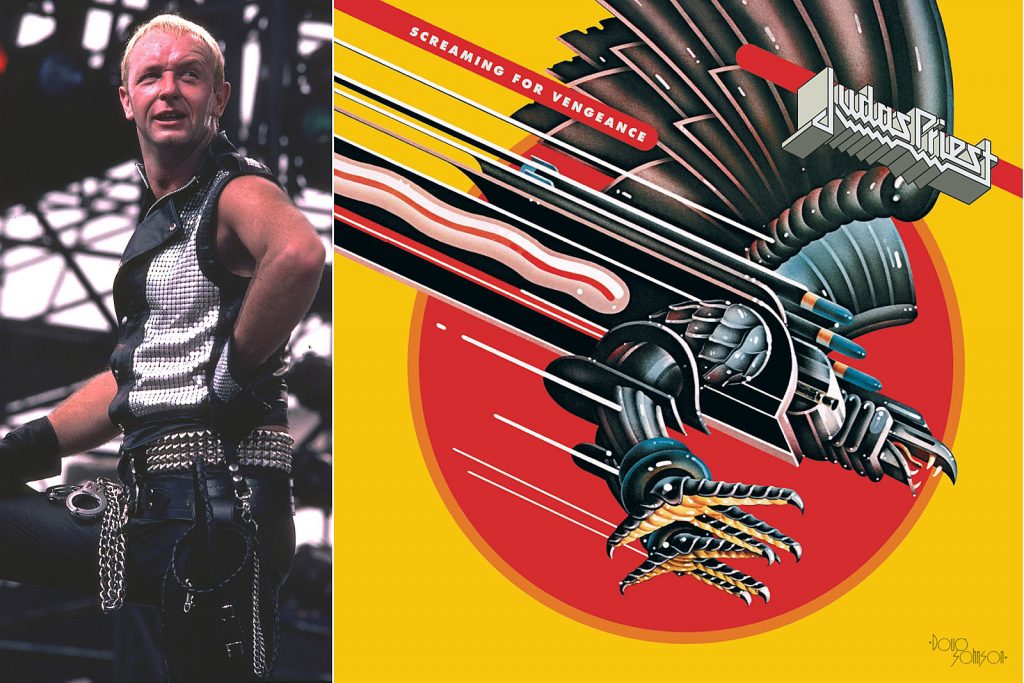 Judas Priest‘s highly influential album Screaming for Vengeance — best known for the breakthrough hit “You’ve Got Another Thing Comin'” — was released on July 17, 1982.

Going into the LP’s creation, the band had something to prove. Judas Priest’s 1980 album, British Steel, had seemingly opened the door for major commercial success, but its follow-up, 1981’s Point of Entry, was disappointing. Part of this was due to the location where they were working: Ibiza, the famed Spanish island known for its nightlife.

“Nine times out of ten we’d finish up in town at Pacha [nightclub],” frontman Rob Halford admitted in his 2020 memoir, Confess. “The sun would be up when we staggered back to the villa from our nights of partying.”

These extracurricular activities contributed to making Point of Entry an uneven effort. “Point of Entry was Priest on autopilot,” Halford observed. “We hadn’t taken a step forward: we’d gone backward.”

Hear the Title Track From Judas Priest’s ‘Screaming for Vengeance’

Though the band returned to Ibiza to create Screaming for Vengeance, they brought with them a much more focussed approach.

“We knew we’d taken our eyes off the ball and we weren’t about to let it happen again,” Halford explained, noting that while there was “still plenty of fun and games” during the recording sessions, “this time we headed off to the party each night knowing we had put in a good, honest shift in the studio first.”

The result was everything the band, and its label, had hoped for. Front to back, Screaming for Vengeance offered the most cohesive collection of songs in the band’s career. From the sleek double-time chug of opener “Electric Eye” to the even more frantic “Riding on the Wind” and the somehow yearning “Bloodstone,” all the way to the steadily unfolding and unbearably singable album closer “Devil’s Child,” not a second on Screaming for Vengeance was wasted.

Still, “You’ve Got Another Thing Comin'” proved to be the breakout single — not that it came easily.

“We had been playing around with a song called ‘You’ve Got Another Thing Coming’ in Ibiza but we hadn’t really nailed it,” Halford recalled. It wasn’t until the band was mixing Screaming for Vengeance in Florida that they realized the fledgling track featured elements that made it “quite a good driving song.”

”We hadn’t been aware of that intangible ingredient when we wrote it, of course,” guitarist K.K. Downing admitted in his 2018 book, Heavy Duty. “But there’s no doubt that it had the kind of beat and tempo that, even if you were driving and going just [30] miles per hour, when you heard that duh-duh-duh-duh intro, you’d be simply compelled to accelerate. On top of that it gave you a happy, carefree feeling that was just so undeniable. Better still, everything about America at that time seemed to revolve around the ethos of ‘get in the car, turn up the stereo, and drive.’ It was the ideal song for the time.”

“You’ve Got Another Thing Comin'” became a radio hit in America, enabling Judas Priest to finally invade the U.S. market.

“As the single sped up the Billboard rock chart to number four, it felt as if we couldn’t turn on the radio and flick the dial without hearing it blasting out of an FM rock station,” Halford recalled. “It quickly picked up so much momentum that it became unstoppable — and so did we.”

Buoyed by its hit single, Screaming for Vengeance sold more than two million copies in America, cementing the group as one of preeminent acts. It remains the most commercially successful album in Judas Priest’s catalog.