How Kate Bush’s ‘Running Up That Hill’ Joined ‘Stranger Things’ 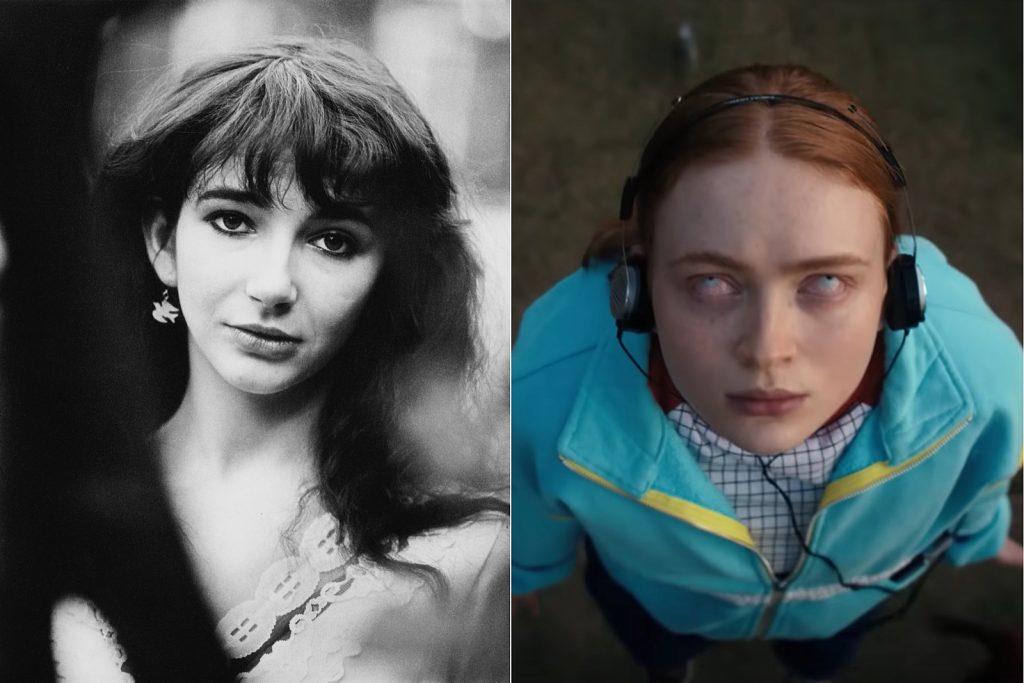 Kate Bush’s 1985 single “Running Up That Hill (A Deal With God)” has soared to the top of the charts thanks to its prominent use in Season Four of Stranger Things. However, getting the song approved for the hit Netflix series was never a guarantee.

While many artists will happily accept the exposure – and paycheck – that comes with their song being placed on TV or film, Bush is notoriously guarded with her material.

“Kate Bush is selective when it comes to licensing her music,” Wende Crowley, Sony Music Publishing’s SVP of creative marketing, film and TV explained to Variety. “Because of that, we made sure to get script pages and footage for her to review so she could see exactly how the song would be used.”

For Stranger Things, music supervisor Nora Felder was tasked with finding a song that could become a recurring theme for multiple episodes. Not only would it help the teenage character Max deal with the death of her brother, but it would later help save the girl’s life. When Felder thought of “Running Up That Hill,” something clicked.

“It immediately struck me with its deep chords of the possible connection to Max’s emotional struggles and took on more significance as Bush’s song marinated in my conscious awareness,” the music supervisor recalled. Felder knew getting Bush to sign off on the song’s use would potentially be difficult.

“I have a running expression I use when my showrunners feel strongly about a song select,” the music supervisor admitted. “Which is: ‘I’m not going to sleep until I get it cleared.’”

To that end, an extensive pitch was put together to present to the English singer and songwriter.

“I sat with my clearance coordinator, and laid out all the scripted scenes for song uses that we knew of at that point,” Felder explained. “Knowing the challenges, we proceeded to create elaborate scene descriptions that provided as much context as possible so that Kate and her camp would have a full understanding of the uses. … When we finished, we were on edge, but excited and hopeful.” The plan worked, and Bush – who was reportedly a fan of the show – agreed to let Stranger Things use her song.

Watch a Scene From ‘Stranger Things’ Featuring ‘Running Up That Hill’

The agreement has proven mutually beneficial. In “Running Up That Hill,” the series secured the perfect tune to reflect the character’s struggles. Meanwhile, the show’s popularity has helped the song’s streams increase more than 8,000%, reaching the Top 10 in 34 countries.

In a statement posted to her website, Bush declared that “Running Up That Hill” “is being given a whole new lease of life by the young fans who love the show – I love it too!” The singer further admitted that the experience has been “really exciting,” and expressed her gratitude “to everyone who has supported the song.”

“I wait with bated breath for the rest of the series in July,” she said in closing, referring to the second volume of Season Four, which is still awaiting release.