How Keith Richards Cut the Stones’ ‘Happy’ in a Single Afternoon 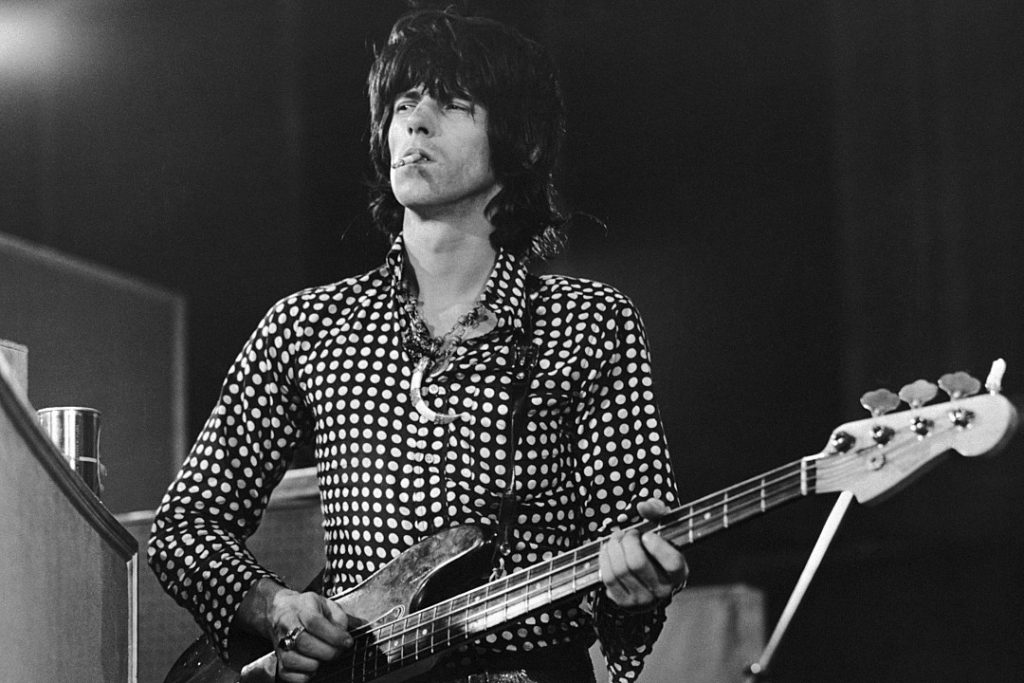 The creation of one of Keith Richards‘ best-known songs didn’t happen overnight. It happened in just one afternoon. As Richards recalled, “Happy,” the only single to ever chart on the Hot 100 with him singing lead, appeared in a matter of hours. “At noon it never existed,” he wrote in his 2010 autobiography, Life. “At four o’clock it was on tape.”

In 1972, the Rolling Stones had fled to the south of France, evading a complicated tax situation in the U.K. Richards was renting the Villa Nellcote, a sprawling mansion near the sea where the band had set up its makeshift mobile studio in the basement to record Exile on Main St. But looks could be deceiving.

“That Nellcote thing was very, very difficult,” Mick Jagger told GQ in 2017. “The house looks great, but I can assure you the basement did not look very good. Things were getting done, but they were very disorganized. … We should’ve recorded in the drawing room, which is what we did in my house in England before, but we didn’t. We were very impatient and we ended up in Keith’s basement, and the basement was crummy in every possible way. But it wasn’t the ideal recording environment. It was very hard to record there. Probably the sound in there was adequate, but there were power problems, which made it very difficult. And we took ages and ages and ages to get it to work.”

It wasn’t just the equipment that was unreliable. If you walked into the Villa Nellcote on any given day in 1972, the chances of finding all members of the band sober and ready to work, let alone present on the premises, were slim to none. “It was very druggy, so it was totally unstructured,” Charlie Watts later remembered. “We went on to Keith time. When he woke up, we’d go and record something, and if he was awake for 15 hours, we’d play for 15 hours.”

Richards may have been calling several shots, but he wasn’t alone in the structure-fluid schedule. “At that time, I was no more out of it than anybody else,” he told Classic Rock in 2016. “Charlie was hitting the Cognac like a motherfucker, Mick loves his wine – but that didn’t even occur to us. People did what they wanted to do. It was like, ‘Are you going to go into that room and come up with something? If you do that, I don’t give a damn if you’re snorting God.’ What fuel you’re running on is immaterial, as long as you come up with the goods.”

This was more or less the situation when “Happy” began to take shape. Richards, who had written parts of the song earlier in the day, was in the studio with producer Jimmy Miller and saxophonist Bobby Keys, waiting for the rest of the band to show up. They casually jammed in the meantime. “We got something going,” he wrote in Life. “We were rocking, everything was set up and so we said, well, let’s start to work it down, and then we’ll probably hit it with the guys later.”

Richards made use of a subtle guitar trick he’d employ frequently throughout the Stones’ catalog: He used a five-string guitar in open G tuning. “At the time, I suppose, I thought I was not going to get any better on the six-string,” Richards said in 2015. “I thought, well, take one string off and then reinvent things. That will help me, and it did, for what I wanted to do. It’s a rather unique tuning, and I don’t recommend it for everybody.”

Listen to the Rolling Stones’ ‘Happy’

The lyrics for “Happy” poured out of him as he made up on the spot with no real connection to anything tangible: “Never got a lift out of Lear jets / When I can fly way back home.”

“It was just alliteration, trying to set up a story,” Richards recalled. “There has to be some thin plotline, although in a lot of my songs you’d be hard-pressed to find it. But here, you’re broke and it’s evening. And you want to go out, but you ain’t got shit. I’m busted before I start. [‘Well I never kept a dollar past sunset / It always burned a hole in my pants.’] I need a love to keep me happy, because if it’s real love, it will be free! Don’t have to pay for it. I need a love to keep me happy because I’ve spent the fucking money and I have none left, and it’s nighttime and I’m looking to have a good time, but I ain’t got shit.”

The chaotic nature of the Exile recording sessions often meant that Miller, struggling with addiction issues himself, would pull double duty producing the album and performing on it. He plays drums on “Happy”; Richards later overdubbed himself playing bass and more guitar, Jim Price added trumpet and trombone, and Jagger sang backing vocals.

This was how things went for a great deal of Exile. “You’ve got two piano players, you’ve got two horn players, Jimmy Miller playing drums sometimes,” Jagger recalled. “Mick Taylor playing bass if Bill [Wyman] wasn’t there – you’ve got all kinds of combinations going on.”

Watts told a different story in 2016, recalling that he and Miller “played together on ‘Happy.'” Regardless, Miller was a cohesive force at Nellcote when there was little organization to be found. “I thought he was the best producer we ever had,” Watts said. “Jimmy was a hands-on type of guy. When we played, he could never keep still, so he’d always be banging something – a drum or a cowbell.”

“Great songs write themselves,” Richard wrote in Life. “You’re just being led by the nose or the ears. The skill is not to interfere with it too much. Ignore intelligence, ignore everything; just follow where it takes you.”