How Kiss Got Tricked Into Releasing the ‘Tacky’ ‘Kissin’ Time’ 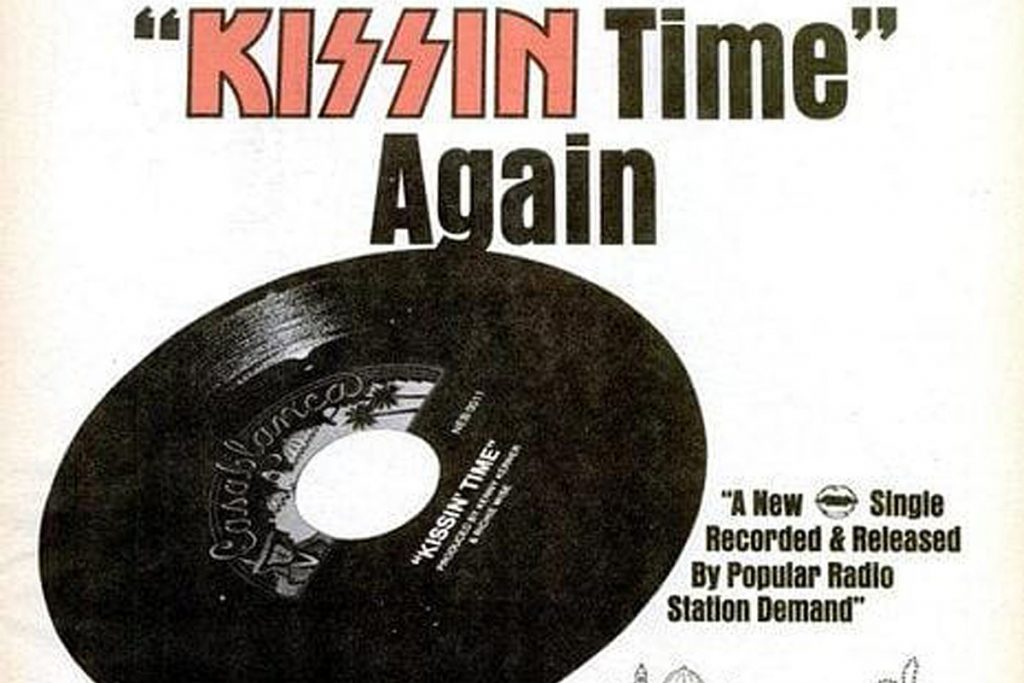 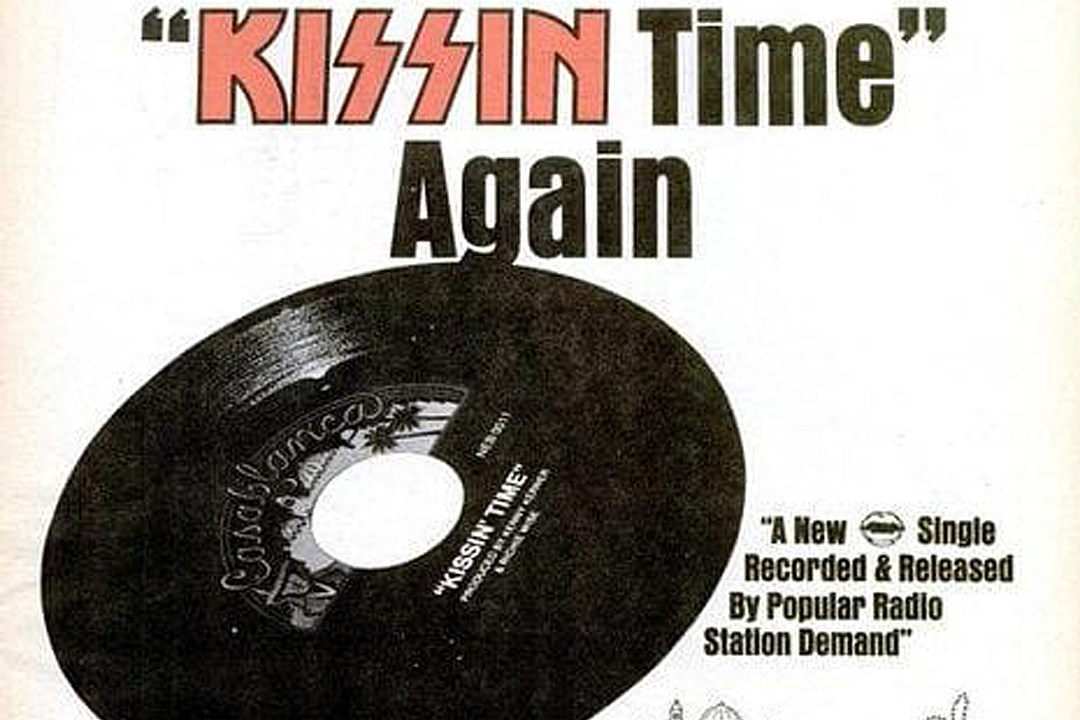 Kiss learned an important early lesson about record label shenanigans when they reluctantly agreed to record a “tacky” cover song for a promotional campaign – and then had the track released as a single and added to an album against their wishes.

Faced with less than awesome initial sales of their self-titled 1974 debut, the group reluctantly agreed to record a lyrically updated version of Bobby Rydell’s 1959 hit “Kissin’ Time” for use in a series of local radio kissing contests designed to boost sales of the album. According to bassist and singer Gene Simmons, the whole process took less than an hour.

“It wasn’t a song we would have chosen,” he diplomatically explained in the 2001 book Kiss and Make-Up. “But [Casablanca Records boss] Neil [Bogart] was insistent: he was a real promoter, and he believed it would be a successful gimmick.”

“I thought it was tacky. The bands I looked up to wouldn’t do something like that. …Neil assured us our recording would be used for background music in a radio spot for the contest, nothing else,” guitarist and singer Paul Stanley recalled in his 2014 book Face the Music. “Of course, no sooner had we cut the not-particularly-great rendition of the song than Neil issued it as a single.” The track was also added to later pressings of Kiss.

The song made at least a modest dent on the pop charts, peaking at No. 83 on Billboard‘s singles charts. And the local contests, which featured young couples competing to see who could make out for the longest, generated some press coverage. But it wasn’t how Kiss wanted to present themselves.

“We were perfectly capable of writing our own material,” Stanley explained in 2003’s Kiss: Behind the Mask. “Neil, bless his soul, if he could get you a hit today and ruin your career that was well worth it, cause you’d have have had a hit.”

Stanley’s misgivings were confirmed when the band agreed to appear at one of the contests. “I walked in there, in full makeup, feeling very full of myself, and strolled over to a couple who had their lips locked,” he remembered in Face the Music. “I bent down — we had our platform boots on — and the guy, while keeping his lips in contact with the girl’s, looked out of the side of his eyes and said, ‘who the hell are you?’ They were just two kids in a kissing contest. They had no idea it had anything to do with us.”

The campaign culminated with Simmons getting interviewed alongside the contest winners on The Mike Douglas Show, after which the band got a chance to strut their stuff on national TV. “Needless to say, we weren’t the show’s usual fare, and we played up our strangeness,” he explained in Kiss and Make-Up. “We performed ‘Firehouse,’ and it was a real spectacle: plenty of pyrotechnics, plenty of makeup and so forth. As a performing group, we were really hitting our stride.”

Watch Kiss Appear on the The Mike Douglas Show

The taping was also the scene of humorous backstage encounter between Simmons and another guest, comedian Totie Fields. “At one point she said, ‘Who are you supposed to be?’ ‘I’m evil incarnate,’ I said, giving my best scowl. ‘No, you’re not,’ she shot right back. ‘You can’t fool me. You’re probably some nice Jewish kid from Long Island.'”