How Kurt Cobain Crafted Nirvana’s Haunting ‘Something in the Way’ 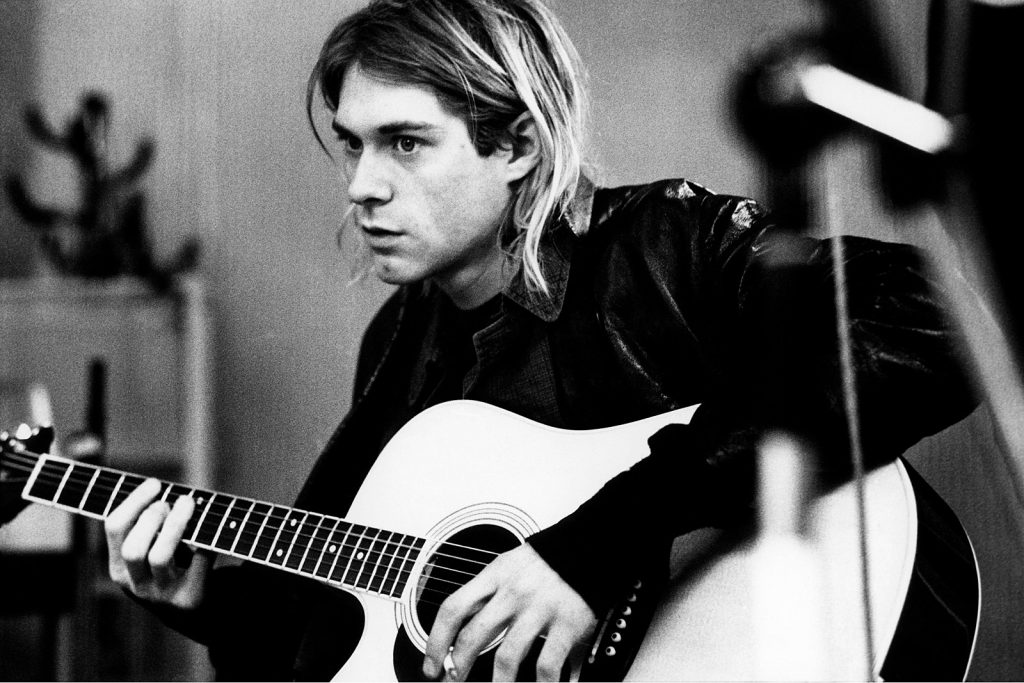 The most difficult song to record on Nirvana’s 1991 masterpiece Nevermind wasn’t “Smells Like Teen Spirit,” “Come as You Are,” “In Bloom” or any of the other radio hits. It was the album’s poignant closer, the hauntingly fragile track “Something in the Way.”

Kurt Cobain penned the song in 1990, several months before Nirvana headed to Southern California to work on their sophomore LP. The song’s inspiration came from a period in 1985 during which the frontman lived a vagabond lifestyle, sleeping in the local library, on a friend’s porch, in hospital waiting rooms – really anywhere he could find. It was around this time that he hung out underneath a local bridge spanning the Wishkah River (rumors that Cobain at one point lived under the bridge have been debunked).

Even though this transient experience didn’t last longer than a month or two, it was the emotion of the experience that Cobain tapped into when penning “Something in the Way.” For the song, he admitted he imagined what his life would be like “if I was living under the bridge and I was dying of AIDS, if I was sick and I couldn’t move and I was a total street person. That was kind of the fantasy of it.”

A sampling: “Underneath the bridge, the tarp has sprung a leak / And the animals I’ve trapped have all become my pets / And I’m living off of grass, and the drippings from my ceiling / It’s OK to eat fish, ’cause they don’t have any feelings.”

Listen to Nirvana’s ‘Something in the Way’

Cobain’s melancholy verse captured a distinctive brand of hopelessness, evident even to those fortunate enough to hear it in its earliest form. Wife Courtney Love would later refer to “Something in the Way” as one of the great rock songs of all time.

“The line ‘It’s OK to eat fish ’cause they don’t have any feelings’ — nothing else cuts me like that line,” Love admitted to the Los Angeles Times in 2021. “He knows it’s a lie — here’s a guy who loved turtles — but he thinks that if someone just loves him enough, then maybe, just maybe one day he will become real. It is Kurt’s Velveteen Rabbit.

“He is clawing his way out on ‘Something in the Way,’” the Hole frontwoman continued. “He’s telling himself anything just to get through. The other part of that song, about him living under a bridge, his mom told me later isn’t true because the river was tidal, but it doesn’t matter. The place he writes from is so emotionally desperate we all understand it.”

Harnessing that emotion was pivotal in Cobain’s creation of the song, but accurately capturing it to tape proved challenging. While recording Nevermind at Sound City studios, Cobain, bandmates Dave Grohl and Krist Novoselic, plus producer Butch Vig, struggled to make the delicate track work within the group dynamic. After several failed attempts to record the track, Cobain marched into the control room and performed it solo for Vig on his acoustic guitar.

“He played this old five-string acoustic, and he never tuned, but it had a very unique sound, almost like a ukulele, and it gave the song a lot of character,” the producer later recalled in the book Classic Rock Albums: Nirvana – Nevermind. “He sang so quietly, almost in a whisper, that you could hear a pin drop. So I unplugged the telephone, turned off the air-conditioning, set up mics and we recorded the vocal and acoustic right there [in the control room], three takes on the couch.”

Getting Grohl to tone down his hard-hitting ways – “play wimpy” as it was later described – was difficult, but the drummer ultimately delivered an understated performance. Likewise, Novoselic struggled to get his part just right. “We had to punch in spots just so Krist would get the languid feel on the bass to lock up with the acoustics,” Vig explained.

The final touch came from outside of the trio. Cellist Kirk Canning, recommended to Nirvana by friends L7, came in and laid down an emotive piece to round out the track.

Watch Nirvana Perform ‘Something in the Way’ on ‘MTV Unplugged’

Released in September 1991, “Something in the Way” – along with the rest of Nevermind – became part of rock legend. The hugely successful album was a cultural phenomenon, hailed as the masterpiece of its era. And while “Something in the Way” may not have been celebrated the way the LP’s hit songs were, it has nonetheless enjoyed long-standing popularity.

The tune’s melancholy wasn’t specific to the era in which it was made. The poignant, haunting appeal of “Something in the Way” has continued to strike a nerve with fans.

In 2020, the song was featured in the trailer for the highly anticipated film The Batman. The song’s use wasn’t the result of some promotional machine, but rather an important choice by the movie’s writer and director, Matt Reeves.

“When I write, I listen to music, and as I was writing the first act, I put on Nirvana’s ‘Something in the Way’,” Reeves recalled to Empire. “That’s when it came to me that, rather than make Bruce Wayne the playboy version we’ve seen before, there’s another version who had gone through a great tragedy and become a recluse. So I started making this connection to Gus Van Sant’s Last Days, and the idea of this fictionalized version of Kurt Cobain being in this kind of decaying manor.”

Hear ‘Something in the Way’ in the Trailer for ‘The Batman’

Reeves even used Nirvana’s frontman as a measuring stick when casting the titular superhero. The director chose Robert Pattinson because he had “that Kurt Cobain thing, where he looks like a rock star, but you also feel like he could be a recluse.”