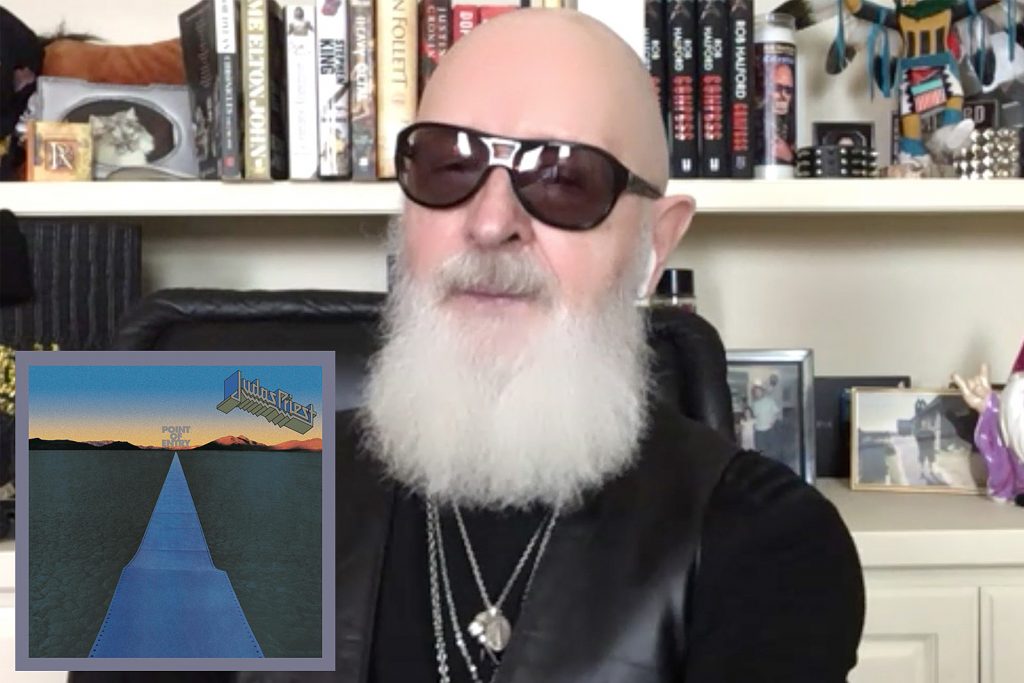 The new Judas Priest box set 50 Heavy Metal Years of Music presents a massive amount of material for any music fan to digest: 42 discs collecting their entire catalog plus a wealth of rarities. Singer Rob Halford suggests 1981’s Point of Entry as a good place to start, calling it an underrated entry in their discography.

The album arrived at a point in the band’s career that Halford now says boggles his mind. “There was a period of time where we were banging out a record and a tour per year,” he tells UCR. “I don’t know how we did that. My brain can’t accept how that even took place, but we did.”

Because of the hectic nature of the band’s schedule at the time, Judas Priest found themselves exploring new musical horizons. They didn’t have time to overanalyze what they were creating, which had a positive impact on the songs that emerged. “We were in a place at the time as a band where we were literally thinking on our feet when it came to some aspects of our music,” Halford explains.

Watch Judas Priest’s ‘Heading Out to the Highway’ Video

Classic Priest rockers like “Heading Out to the Highway” and “Hot Rockin’” would become set-list staples in the years following the album’s release, but Halford points out lesser-known album tracks like “Don’t Go” and “Turning Circles” as other highlights. “’Turning Circles’ isn’t ‘Painkiller,’ but it’s still Judas Priest,” he notes. “I think that album is worthy of a listen, probably more than some of the rest.

“You listen to all of the songs on Point of Entry, and that record, by its own legs, tells a story of the way this band has such a broad depth of trying everything.”

Halford says the ‘80s were an “extraordinary” decade for the group in the States, as “[heavy] metal was gaining traction.” So it’s no surprise that several unreleased live performances from the era are featured on the box set (which arrives on Oct. 15). “Through those albums that Priest was making at the time in the ‘80s, whether it was Turbo or Screaming for Vengeance,” he says, “these were the records that our American fans really latched onto.”

It’s no exaggeration to say that the New Wave of British Heavy Metal saved metal from itself.