How Metallica Became the Biggest Band in the World 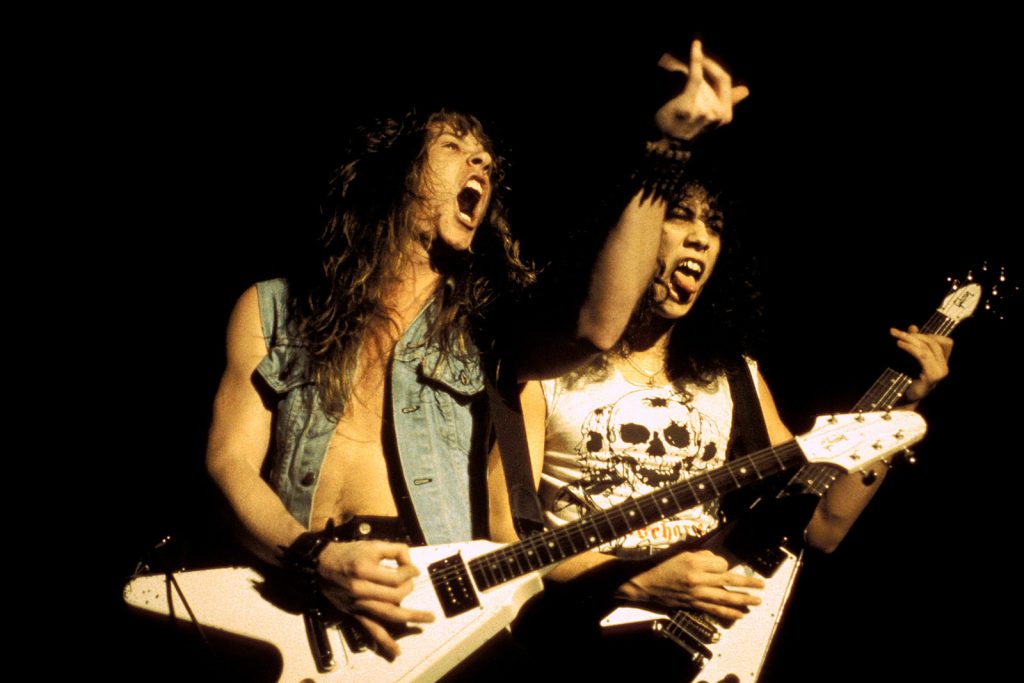 “They did it again, those mothafuckas,” Jon Zazula writes in his 2019 memoir Heavy Tales, reacting to what Metallica achieved with their second album, Ride the Lightning.  He held a showcase concert in part to celebrate the record, which arrived in July 1984.

That was nearly a year to the day after Zazula and his New Jersey-based label Megaforce Records issued Kill ‘Em All, the young band’s highly anticipated full-length debut. Roughly 3,000 tickets would be sold for the gig at Roseland Ballroom in New York City. While Metallica can now easily sell that amount of tickets in just one section of the massive arenas they headline today, it was a big deal for Megaforce and the group at that time.

Megaforce came to life with very humble beginnings, initially launching in a kiosk at the local flea market. Zazula and his wife, Marsha, put in everything they owned to get the story started, then saw Megaforce become one of the most important labels in the heavy-metal genre. Metallica was a big reason why.

As Metallica turns 40 this month, Zazula looks back at the band’s early days with Megaforce.

You listened to Metallica’s legendary No Life ‘Til Leather demo tape a lot by the time they went in to record Kill ‘Em All.  How had the band progressed?
You’re talking about [Dave] Mustaine vs. [Kirk] Hammett. There’s a little difference in the approach of the guitars; it’s a little cleaner and more defined. But the whole game that went on in my mind was to put out an album better than their unbelievable demo. I felt if we didn’t deliver the ultimate debut album of Metallica, people were going to say right away, “Wow, that’s a great album, but did you hear the demo? Get the demo.” So we had to do better than the demo, which is what we did. That set the standard for what we did on all Megaforce Records. We didn’t release demos, we went in the studio with budgets and released real records.

Listen to the Demo Version of ‘Hit the Lights’ by Metallica

What did you think was going to be the key to beating that demo?
The demo had a feeling on it of raw energy. It was totally fresh and it was right in your face. I had to do something or supervise the production of something that literally improved upon that. Now, I don’t know how much I improved upon it. Maybe I did sound-wise, but the demo still today, it doesn’t sound as good as the album – but it has its own value in terms of sound and compassion. So that’s really all it was. I had to do better than the demo and really introduce Kirk to the world. Sometimes, the best thing that you can do is stay out of the way and just let it happen. You can see that there’s something special there that you don’t need to mess with.

You’re young and new to the idea of even putting out a record. How much of a sense did you have as far as when to offer opinions and insight and when to hang back?
I’m a kind of insightful guy. I always offer my two cents. I believe you can take my opinion or you don’t have to take my opinion, but I’d like you to hear it – because I think it makes sense and I think it’s in your vision zone. So, I’m constantly expressing my opinions. The only thing that I never get involved in with a band is in their music. You know, I mean, if I wanted to get involved with their music, I would be the musician. I’d be producing albums by the Jonny Z band. I did that once with Lone Rager, “Metal Rap,” and I’ll never do that again. You understand what I’m saying.

What important guidance were you were able to offer Metallica in that early creative period?
Lars [Ulrich] and I both hit it early at the same exact time: We basically said, “Whatever we do, let’s not do anything that’s cliche.” If you expect it, don’t do it. You have to get there or beyond that point some other way – and that’s the way Metallica have been, I think, since our involvement. That was my contribution, I believe.

“(Anesthesia) Pulling Teeth” is one moment on the Kill ‘Em All album that just seems like it would’ve been insane to hear for the first time.
You know, when you got involved with Cliff [Burton], you got involved with Cliff. Nothing he could do would be too terrific; it was all terrific. He was just a man who stood there and gave you excellence all of the time and innovation all of the time. When he played “Anesthesia (Pulling Teeth),” it was just a great way to show him off, because he was an entity unto himself. It just seemed like a part of it all. It was a natural fit.

What were some of the other moments from Kill ‘Em All that really grabbed you when you first heard the playback of the finished record?
The first time I heard the playback of the first record, I was just very happy that it was finished. We went through a lot of hell to get it to sound like even that. I was just happy. There was nothing that astonished me, because I expected it to be just that. I don’t know what gave me the right to demand something to sound like that, because I had no way of knowing how to get to that sound. I had a producer that didn’t have a clue how to get that sound. I had an engineer that had good ears, but this was all foreign territory.

You heard them continue to develop with the Master of Puppets album, …And Justice For All and then the really big step that they take with the Black Album. What was that like for you to see a band that you’d heard in such an embryonic fashion progressing through that?
I sort of expected it. Lars and I always used to talk about the AC/DC Back in Black album. When I saw the cover was black, I said, “I’m sure this is going to be one humdinger of a record.” A lot of people say it is too commercial; it’s not in their front four albums, etc., etc. But from what they just said on Facebook or on Twitter, it sells like [Pink Floyd’s] Dark Side of the Moon. It just keeps on going. If the world loves it, hey, they did the right thing. You know, you’re doing the music for the world, not just yourself.

It was really classy how they flew you and Marsha to Cleveland for their Rock Hall induction in 2009.
It was nice; it was a beautiful evening. Yeah, it was a good time.

Do you still maintain contact with the guys?
If they play in Florida or I’m in a place where they’re playing, if that happens to happen, I make it my business to go say hello. But I really have nothing to say to them. I’m not a groupie kind of guy. I just live my life and I have my friends, and that’s the way it goes. You know, the only person in the music business that I really hang out with all of the time is Chuck Billy [of Testament]. We’re very dear friends and he wrote the foreword to the book for me. He’s a sweetheart. He and his wife, we go and do things together. It’s wonderful. I remain friends with [longtime publicist and friend] Maria [Ferrero]. You spoke to her if you’re speaking to me. These are my lifelong friends. If you’re not in my life, I probably don’t really have any reason to talk to you unless we go see you at a show and reminisce for about 15 minutes.

Watch Metallica Perform ‘For Whom the Bell Tolls’