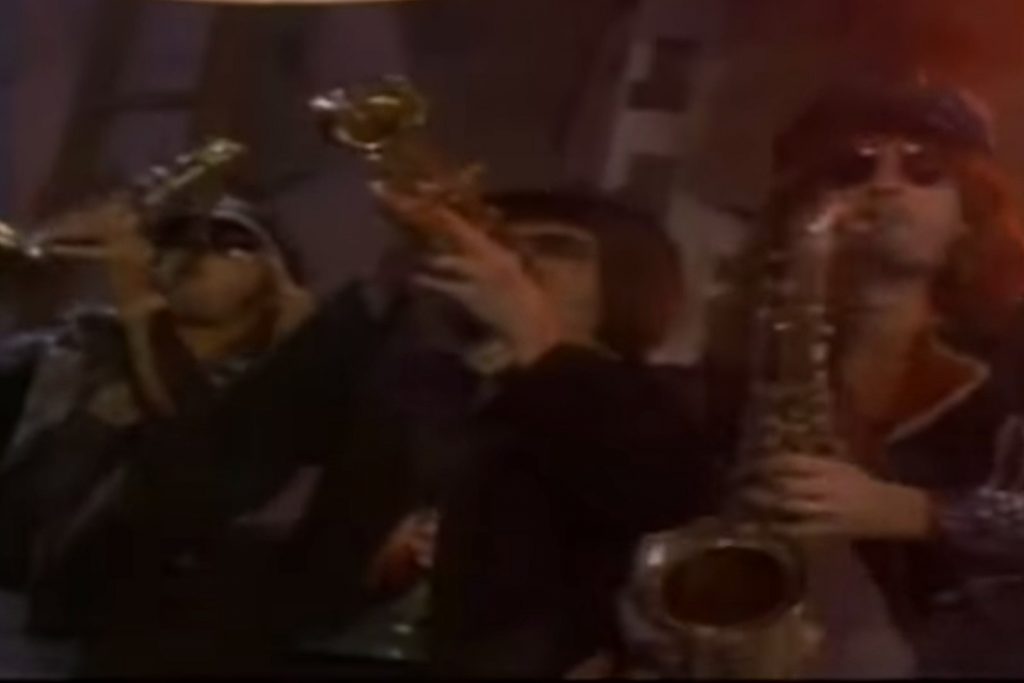 When Night Ranger released the music video for their 1987 single “The Secret of My Success,” an unlikely trio of musicians appeared on screen as the horn section: Motley Crue’s Vince Neil and Tommy Lee, along with Weird Al Yankovic.

“Vince and I have been friends since 1984,” Night Ranger bassist and singer Jack Blades explains to UCR. “Vince and Tommy would be coming down to our studio while we were recording our second and third albums. I went over to their studios and recorded with them.”

“They’d come out and we’d all go up to the Rainbow,” the rocker explains. “At about midnight, we’d bring everybody down from the Rainbow to our recording studio. We were in Hollywood and we’d just have a party and stuff like that.”

In 1987, Night Ranger were enlisted to write the title track for the movie The Secret of My Success. The band’s record label was excited about Night Ranger’s involvement in the Michael J. Fox flick and insisted the band shoot a music video.

“We’re like, “Okay, do you guys want to be in a video?,” Blades recalls asking his Motley Crue friends. “Tommy’s like, ‘CHOICE!’ So we’re like, ‘Okay, let’s do it. You guys be the horn section.’”

Having Neil and Lee in the clip would have been fun enough, but the icing on the cake was parody star Yankovic.

Yankovic would handle trumpet, while the Crue guys each took a sax. Of course, none of the musicians actually played their instruments, but they did a pretty good job faking the part in clips throughout the video.

“They came down and filmed a video with us and we had a ball,” Blades remembers. “Then we all went out and got completely blitzed after that.”

“The Secret of My Success” was a moderate hit for Night Ranger, reaching No. 12 on the Rock Tracks chart and No. 64 on the Billboard Hot 100. Its popularity helped spur the band’s 1987 LP Big Life to gold sales.

Night Ranger’s new album, ATBPO — the 13th studio LP of their career — was released on Aug. 6.