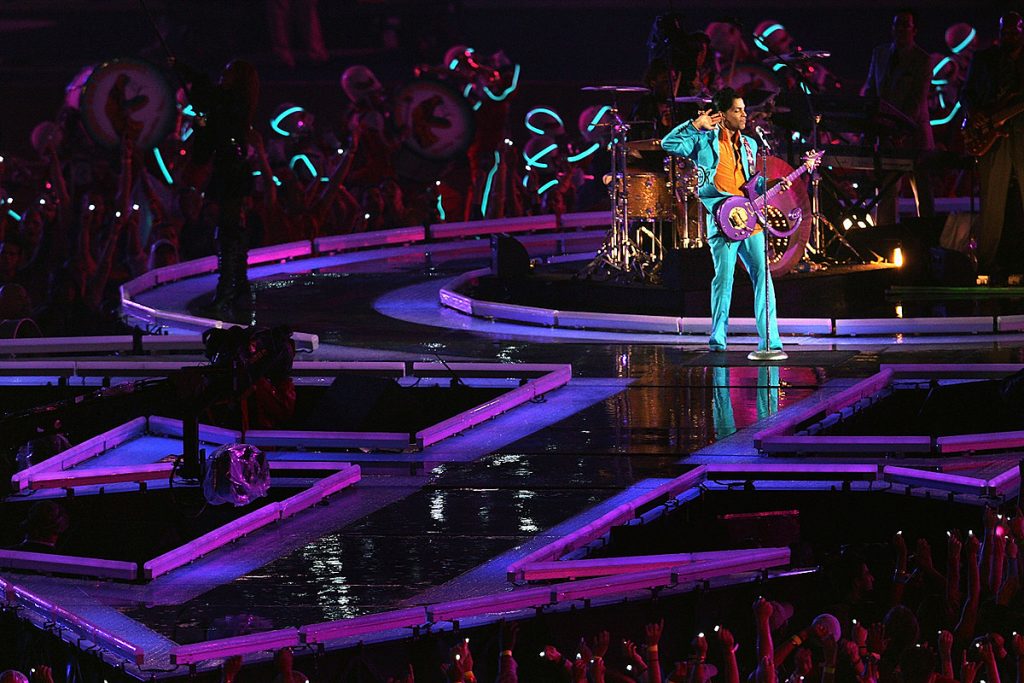 The most electrifying performance in Super Bowl history almost had no power.

On Feb. 4, 2007, during a torrential downpour, Prince delivered an incendiary 12-minute halftime show that immediately became the thing of legends. Were it not for the behind-the-scenes efforts of one man, it could have gone much differently.

The Super Bowl had never been played in the rain. It was a fact that organizers kept repeating as the 41st edition, held in Miami, drew closer.

Prince had been announced as the halftime performer more than a month prior, but the efforts to get him on board had taken over a year. Production for the event would be massive, including lighting effects, pyrotechnics and a customized stage in the shape of Prince’s logo. Even though painstaking details were worked out in advance, organizers hadn’t planned for rain.

“I knew that the executives were concerned about the rain and about electrocution,” Ruth Arzate, Prince’s personal assistant/manager explained in a recent conversation with The Ringer. As showtime drew closer, someone suggested that lip-syncing to a recorded performance would be safer. According to Azrate, the Purple One’s response response was clear. “Prince was like, ‘I’m Prince, I’m gonna play live.’”

Despite the terrible weather, the halftime show would go ahead as planned. Volunteers began rolling the massive Prince-logo stage — which was assembled in pieces — onto the playing field. Suddenly, something went wrong.

“That stage had a bunch of moving parts and it was pouring rain,” Charles Coplin, the show’s executive producer explained. “Part of the stage wheeled over a cable and severed the cable, and some very heroic guy had to plug in this cable in a pouring rainstorm and probably risk serious electrocution.”

Fellow executive producer Don Mischer knew exactly who the heroic worker was. “There was a man on our lighting crew whose name was Tony Ward,” the TV veteran recalled. “And Tony, realizing we were now counting down to going on the air, took his pliers and stripped the insulation off the three cables. And he inserted them into a plug, just raw, and held that for the entire 12-and-a-half-minute duration, in the rain. To keep the lights and all that working.”

Ward’s extreme efforts ensured that the halftime show could commence without incident, allowing Prince to deliver one of the most iconic performances of his career.

“I’m glad I didn’t know about that until afterward,” Mischer said of Ward’s electrocution-defying work. “Because that would’ve scared the hell out of me.”