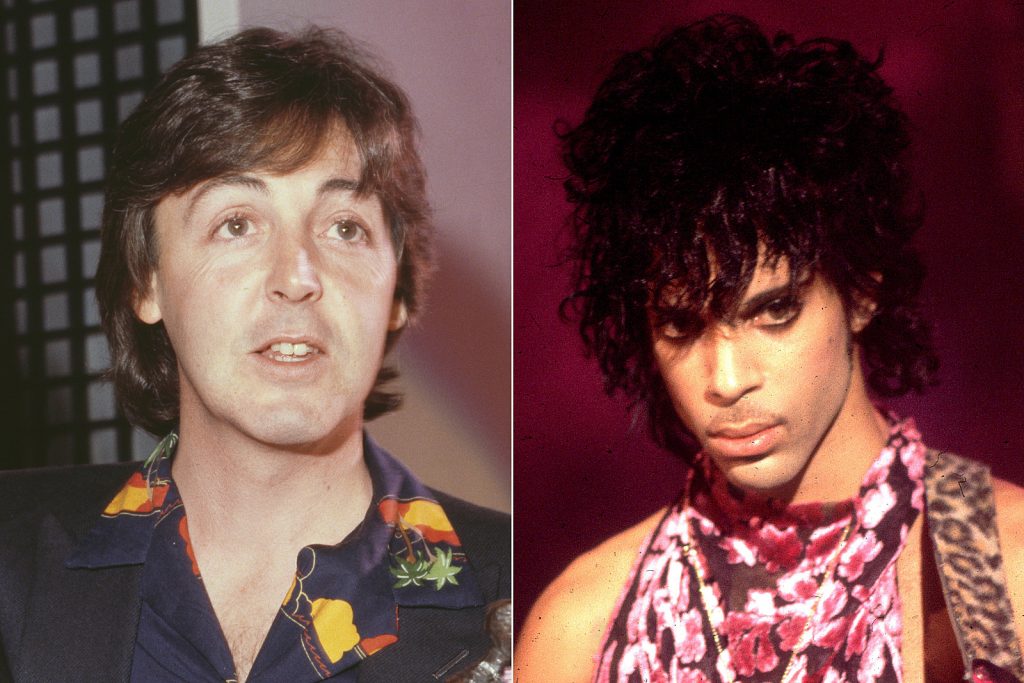 One musical genius borrowed from another when Paul McCartney took a page out of Prince’s playbook in 1989. The former Beatle was working on his eighth solo album, Flowers in the Dirt, and felt that one song in particular, “Distractions,” lacked “a certain pizazz.”

“I’d written ‘Distractions’ on guitar and could see it needed an arrangement to really take off,” McCartney recalled in his book The Lyrics. “I’d heard one of Prince’s arrangements on Sign o’ the Times, his album of 1987, and saw that the arranger was someone named Clare Fischer; that was the only name. I assumed it was a very talented woman who had worked such magic for Prince.”

As it turned out, Clare Fischer was actually a man and a fairly accomplished one at that. The Grammy-winning composer had already worked with a long list of artists, including Carlos Santana, the Jacksons, Neil Diamond, Robert Palmer and jazz legend Dizzy Gillespie.

Fischer’s nephew, Andre, was the drummer of the funk band Rufus. The composer created string arrangements for several of the band’s albums in the ’70s, which is how Prince initially discovered his work.

“I was not basically what you would call a rock musician,” Fischer later recalled, noting that his background was in classical and jazz. “I think that I was accepted by Prince because of the fact that my writing was of a professional level through years of experience.”

Fischer was responsible for all of the string arrangements on “Slow Love,” which was the tune that caught McCartney’s ear. The former Beatle got in contact and “was quite surprised to find out that he was a middle-aged man.” McCartney explained that he wanted “Distractions” to be “slightly jazz-tinged,” and Fischer went to work. “He was great —a bit of a genius,” McCartney later recalled of the working dynamic. “He and I talked about it a lot and he got the idea. I really liked that arrangement.”

Although it was never released as a single, “Distractions” was a standout album cut on Flowers in the Dirt and one that McCartney called a favorite. Released in June 1989, the album was a commercial and critical hit and marked a return to form after a series of underperforming solo releases by McCartney.

Meanwhile, Fischer continued working with Prince for more than two decades, contributing to such releases as Batman, Girl 6, Crystal Ball, Musicology and 3121.

The Beatles always defined him, but McCartney’s story didn’t end there.