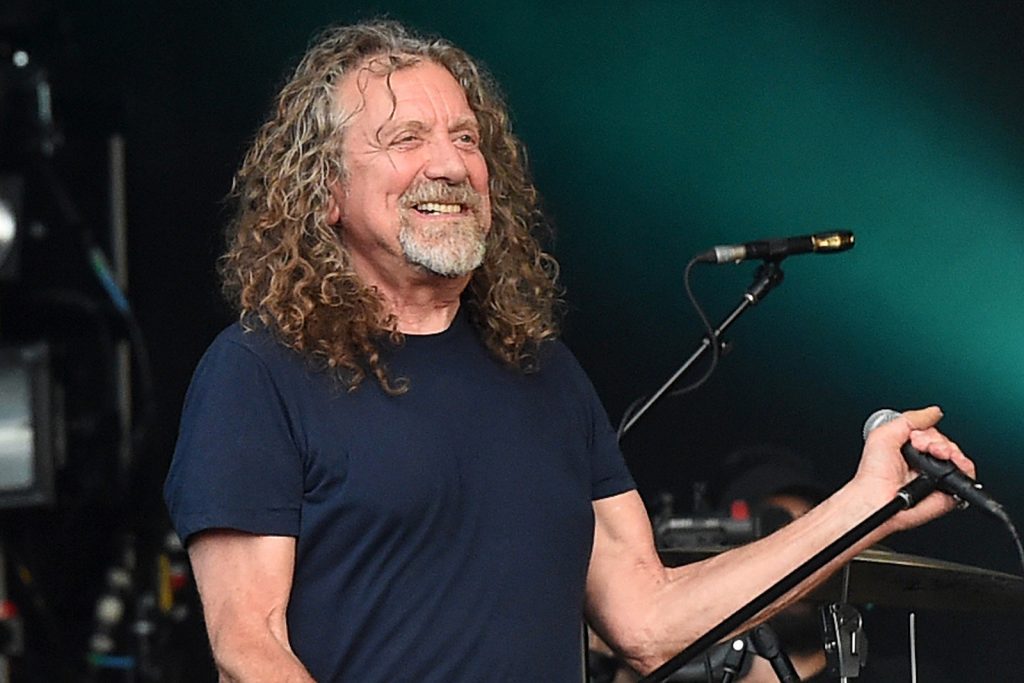 Robert Plant said his singing voice isn’t what it used to be, but it still surprises him from time to time.

“I know that the full, open-throated falsetto that I was able to concoct in 1968 carried me through until I was tired of it,” he recently told the Los Angeles Times. “Then that sort of exaggerated personality of vocal performance morphed and went somewhere else.”

The former Led Zeppelin singer recalled a specific performance from a few years ago in Reykjavik, Iceland, where that “full” voice unexpectedly returned.

“It was Midsummer Night and there was a festival,” he said, “and I got my band and I said, ‘OK, let’s do ‘Immigrant Song.” They’d never done it before. We just hit it, and bang — there it was. I thought, ‘Oh, I didn’t think I could still do that.'”

When asked about how he takes care of his voice, Plant responded: “I don’t.”

“I just go out and sing. I know a guy from a famous band that Alison [Krauss] [is] quite friendly with — he’s gonna pour some sugar on me or something — who creates a complete hullabaloo backstage,” he said, referring to Def Leppard‘s Joe Elliot. (Krauss contributed vocals to Def Leppard’s new album, Diamond Star Halos.) “I was back there one time and he was making such a bloody noise. I said, ‘Why are you doing that?’ He said, ‘I’m warming up.’ I said, ‘Well, you won’t have anything left by the time you get there.'”

Plant also again dismissed the idea of a Led Zeppelin reunion, noting that it “doesn’t really satisfy my need to be stimulated.”

“I know there are people from my generation who don’t want to stay home and so they go out and play,” he said. “If they’re enjoying it and doing what they need to do to pass the days, then that’s their business, really.”

Crafting a solo career has been something of a quest for Led Zeppelin’s former frontman.