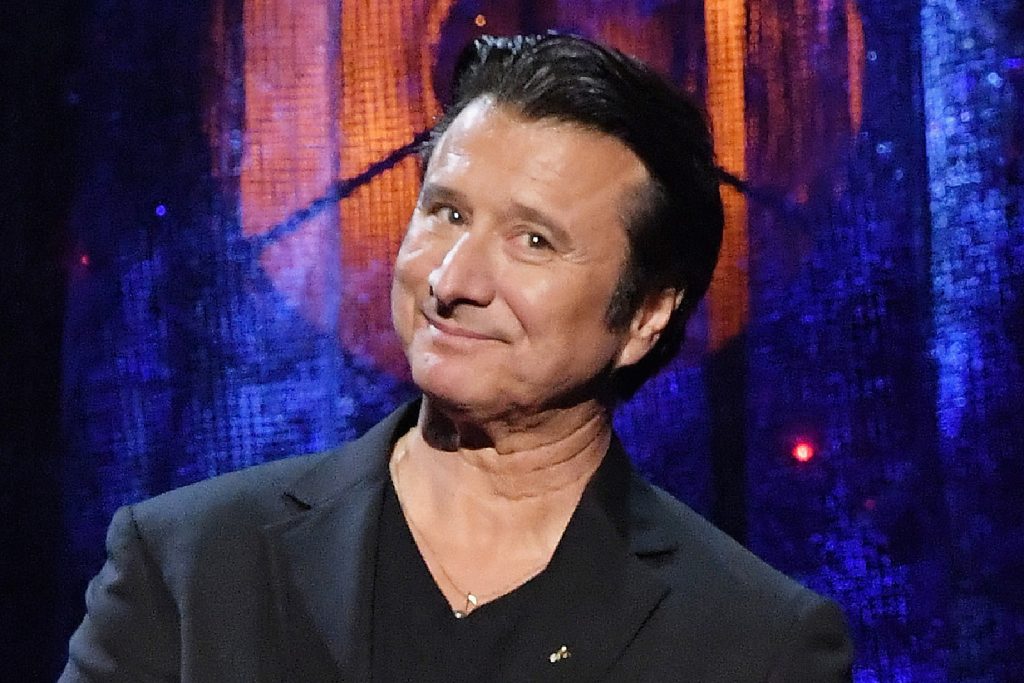 Steve Perry hailed the way the Journey song “Separate Ways” was used in the fourth season of Stranger Things and compared it to the moment their song “Don’t Stop Believin'” appeared in the closing moments of The Sopranos.

The impact of the 2007 finale to the acclaimed mob show led to renewed interest in Journey and helped kick start a new era for the band with singer Arnel Pineda. In a new interview with Flood, Perry revealed how he got involved with Stranger Things remix artists Bryce Miller and Troy MacCubbin of Alloy Tracks and said further collaborations were on the way.

“I still own all my songwriting [but] the other members involved have since sold their songwriting,” he explained. “So I was contacted to approve the use of it. I was sent this trailer version, and I was absolutely stunned by the feeling that I got from it. Because it was so organic and analog-y, and I was stunned that the vocal was emotionally that good!”

Perry added, “You gotta remember, I did that vocal, like, years ago, and back then I was struggling to be heard amongst incredible amounts of instruments – analog synths, many, many guitars and drums. So when I heard that Bryce had taken [the vocal track] out like he did … I turned to my girlfriend and I said, ‘You know, I never heard the vocal without all that stuff around it. It really, emotionally, sounds so different than I remember it — and in a positive way!’ I was blown away with what they had done, and I just wanted to get to know them and talk to them more.”

MacCubbin recalled how Perry had surprised him with an unexpected phone call.

“I get this call from a number I didn’t recognize,” he said. “The person on the other end rattled off something and then mentioned Stranger Things, so I thought it was Netflix calling to talk about what we had done. He’s like, ‘You guys did such an amazing job. I want to learn more about what you guys did.’ And after 15 minutes, he’s about to hang up, and I’m like, ‘Um, can you tell me who this is again?’ And he’s like, ‘It’s Steve Perry — the guy who sang the song!’

“We were over the moon … we haven’t ever had the actual singer from any of the songs that we’ve trailer-ized over the years call and give us feedback and want to be involved. And then Steve just took it to the next level, because he was like, ‘Well, what else can we do?’”

Perry argued the Alloy Tracks approach to remixing resulted in far better trailers than what most TV shows use. “It’s not easy for people to do trailers and add a connective tissue to the story and the emotion of the show,” he said. “Most people do trailers and they’re just hack trailers – they get that one voice, like, ‘He’s back! And he’s angry!’”

He noted that “there’s musical contributions that people can make, but then there’s emotional contributions — and what Bryce and Troy have done is, they picked up on the deeper, emotional, buried-in-there potential contribution that they could pull out of it. … And so it became a new version of itself, emotionally. I mean, I knew it was good, but I didn’t think it was that emotional!”

As a result of the trio’s conversations, a longer remix was created and offered to Stranger Things creators the Duffer Brothers, who used it during a key moment in the eighth episode of Season 4. “I really think that this is the next equivalent of a Sopranos moment for a whole new generation,” Perry enthused. “My doctor calls me all the time and puts his 16-year-old on the phone with me because she can’t believe that I know her dad. But they’re watching the show together, and he told me the other day that when they were watching episode eight and our song came on, she cried. He said, ‘I’ve never seen her cry like that!’”

“I’ve got a 6-year-old and an 11-year-old,” MacCubbin said. “And now suddenly every time I talk to Steve on the phone, they’re like, ‘Did you just speak to Steve Perry? Oh, my God, are you gonna see him?’”

Asked about potential future collaborations with MacCubbin and Miller, Perry said, “Troy and Bryce and I, this isn’t the last of us!”

Some Journey lineups were respected but low-selling, while others were bestsellers who got critically ignored. But which one was best?